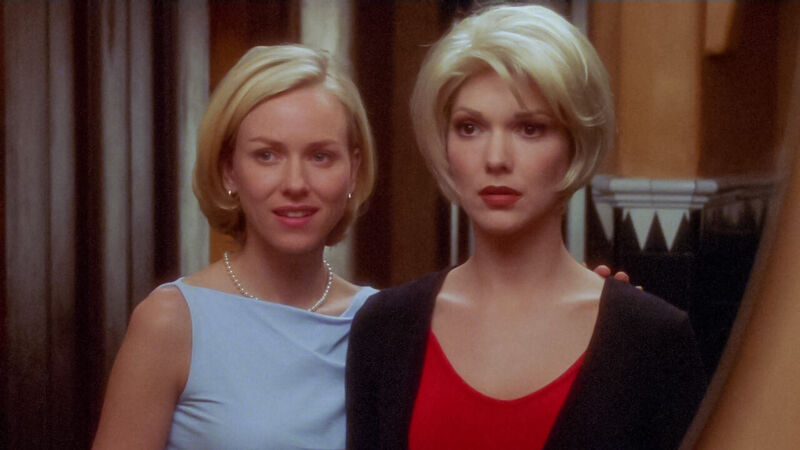 Part of the joy of being a fan is finding odd and obscure gems that you end up falling in love with. For every Star Wars, there is a Battle Beyond the Stars. For every Batman, there is a James Batman. Here at Fandom, we like to go hunting for some offbeat and off-the-wall films and television shows that might just become your own secret treasures. Strap yourself in and expect the unexpected, because this week’s Weird Watch is David Lynch’s Mullholland Drive.

Earlier this week, when I told my fellow Fan Contributor Drew Dietsch that I would be seeing Mulholland Drive for the first time, he issued a warning.

David Lynch, the writer and director of Mulholland Drive, is the king of weird cinema. He’s inspired generations of filmmakers. Many try to imitate his offbeat humor, creepy artifice, and penchant for the seemingly nonsensical. None of the emulations of his style can fully capture it, though some have tried admirably.

Even if you’ve never heard of Lynch, you’ve probably heard of his most famous work: Twin Peaks, the massively popular 1990 ABC mystery series that continues to baffle and frighten the world on Netflix and home video. Fans of Twin Peaks will be immediately more comfortable in the world of Mulholland Drive. Both Mulholland and Peaks are surreal, frightening mysteries that poke around the murky, nocturnal spaces of your brain.

Mulholland Drive takes place in Hollywood, where a beautiful woman (Laura Elena Harring) sustains a head injury in a car accident up in the Hollywood hills. She wakes up in the smoking wreckage with no memory of her previous life or her name. Dazed and concussed, the woman wanders into a nearby luxury apartment building and sees a tenant leave with suitcases in tow. Figuring she can get some rest and clean herself up in the empty apartment, she sneaks in.

Meanwhile, young blonde ingenue Betty (Naomi Watts) arrives in Los Angeles. Fresh off the plane from Deep River, Ontario, the wide-eyed aspiring actress heads to her aunt’s apartment, where she encounters the mysterious amnesiac, who now calls herself Rita. Betty and Rita begin an odd romance as they try to find out who Rita’s true identity. Their first strange clues come in the form of an odd blue key and a purse full of cash.

If things weren’t strange enough already, Lynch makes them a lot stranger when he starts to introduce other plots. There’s a young director (Justin Theroux) who is being pressured by two Italians and an eyebrowless cowboy to cast a particular actress in his newest film. There is a shadowy syndicate that seems to control Hollywood, led by Twin Peaks‘ Michael J. Anderson. There’s a mustachioed hitman (Mark Pellegrino) who botches a murder. There’s a man with a recurring nightmare about a hideous, filthy man (Bonnie Aarons, who plays The Conjuring 2‘s evil nun) who lives in the alley behind Winkie’s Diner.

All of these little plots connect in some meaningful way to Betty and Rita’s story. At least I think they do. What happens in this film has never been fully explained by Lynch. I won’t entirely spoil the film here, but I will say that it invites questions about fantasies, dreams, alternate realities, time loops, our attraction to illusion, and the ephemeral identities of actors. Watching Mulholland Drive is like watching a movie from a misremembered dream or another dimension. There is no easy resolution, no conspiracy exposed in a Scooby-Doo unmasking. The film isn’t about two people who solve a mystery. The film is the mystery, and fifteen years later it’s still unsolved.

Originally conceived by Lynch as a pilot for another series at ABC, Mulholland Drive was shot and hastily rejected by the network. But Studio Canal offered to finance the additional photography required for Lynch to turn that rejected pilot into a feature film.

When all was said and done, Lynch was nominated for two Golden Globes and an Academy Award for his work on Mulholland Drive. The film was also nominated for two BAFTA Awards (one of which was won by editor Mary Sweeney). It’s a classic of weird cinema; an important film by an important filmmaker. But like my friend Drew said, this is a deep pool. Be ready before diving.