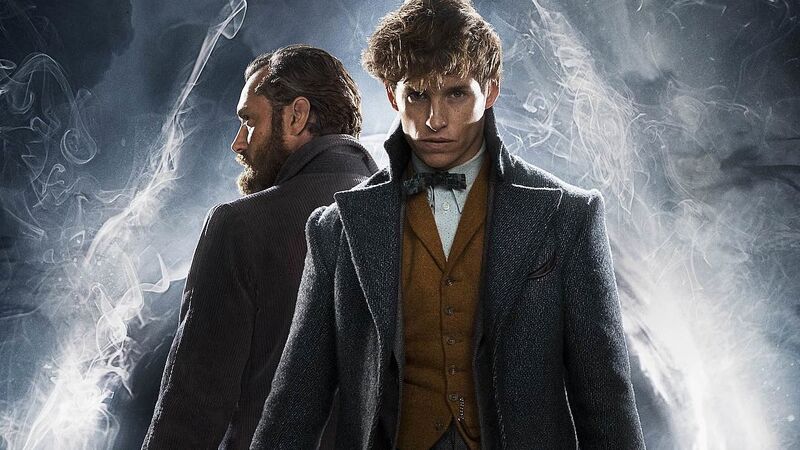 What ‘Fantastic Beasts 2’ Needs to Get Right

Fantastic Beasts and Where to Find Them was a solid re-entry into the Harry Potter universe, but at times it felt like a backdoor pilot to a larger story J.K. Rowling was trying to tell. Unsurprisingly, fans and critics ate it up, and a trilogy of films was upgraded to a pentalogy. Hot off the heels of a compelling teaser trailer, let’s break down the key elements the sequel needs to hit to set up the narrative for subsequent films.

At times, Fantastic Beasts and Where to Find Them felt like two movies combined into one — one plot circling around Newt and his lost creatures, and the other involving a dangerous Obscurus and an equally lethal Gellert Grindelwald. Spoiler alert: The latter plot was more compelling. It also appears to be the focal point for upcoming films in the franchise, with a healthy side of Albus Dumbledore.

That said, with Newt and friends still in tow, it’s essential that the sequel has a more focused plot, integrating all storylines. Dumbledore using Newt as a conduit to fight Grindelwald is an encouraging start. We want to learn more about Newt’s backstory, explore his dynamic with Dumbledore, and uncover exactly how big of a threat Grindelwald truly poses.

When J.K. Rowling announced that Dumbledore was gay in 2007, the fandom went berserk. David Yates has denied the claim that this would be featured in Fantastic Beasts: The Crimes of Grindelwald, while J.K. Rowling has cheekily remained vague. But not including this in Part 2 would be a mistake and a disappointment.

This is a huge opportunity for the franchise to shed light on an underrepresented demographic in cinema. It also adds a new dimension to Dumbledore’s character that we haven’t previously seen in films. Given his feelings for Grindelwald, it further complicates their relationship, resulting in a more dynamic character arc for Dumbledore when he inevitably fights Grindelwald. But ultimately, the fans just want it. It’s an all-around win-win.

Unlike Dumbledore’s character (à la Richard Harris and Michael Gambon), there is no cinematic precedent for Grindelwald. As the main villain and lynchpin to the drama, it is essential that his character’s portrayal be dynamic and well-scripted.

Fans have been skeptical of Johnny Depp‘s casting, so he’ll have to really knock this performance out of the park. Depp needs to disappear into the character and humanize Grindelwald — no one needs another Mad Hatter performance. This would be a nice contrast to the theatrical Voldemort Ralph Fiennes gave audiences. Additionally, making Grindelwald charismatic and charming would also add a fresh ingredient to the sequel’s equation.

There are a TON of new supporting characters in the Fantastic Beasts sequel, but this runs the risk of characters being underdeveloped or forgotten. The film needs to properly balance introducing new characters with a significant scene or two, while still developing our favorites from the preceding movie.

Fans are eager to see the romance evolve between Newt and Tina, as well as star-crossed lovers Jacob and Queenie. Yet with only brief cameos in the teaser trailer, what role will Newt’s comrades play in this magical war? Furthermore, we want to know all about Leta Lestrange. What exactly did she do to nearly face expulsion from Hogwarts and what effect does her engagement with Theseus Scamander have on this brotherly duo? Plus there are other new characters deserving of some fanfare, including Vinda Rosier, Torquil Travers, Yusuf Kama, and the unnamed Maledictus.

The teaser trailer broke a lot of rules previously established in the Harry Potter universe that are begging to be answered. How can people apparate inside Hogwarts’ grounds? Whether this rule came into existence at a later date or government officials have the power to overrule it, fans would like an answer. Additionally, how has Jacob retained his memories and will Newt simply keep obliviating him every movie?

And how the heck has Credence managed to control his Obscurus? The trailer alludes to an unnamed Maledictus aiding Credence in his plight. A main item of intrigue herself, fans are expecting an exploration into the lore of the Maledictus. Much speculation has tied her to ultimately becoming Nagini, and while that may not be answered in this film, audiences should get a transformation scene revealing her animal form.

Ultimately, balancing story and characters is essential for the Fantastic Beasts sequel to show us just how uninteresting it was that Newt lost all of his creatures in New York. I love Harry Potter tie-ins as much as the next fan, but building out a new story and expanding the world is just as important. The more Rowling can subtly tie in Potter allusions while letting the franchise be its own fantastic creature — or beast if you will — the better.

Amanda Lipinski
Amandamlipinski
Amanda is an actor/writer/host and content creator who loves pop culture, entertainment, and anything Harry Potter or Disney-related. Based in California by way of NYC and Chicago. Always open to collaborations with fellow pop culture fiends.