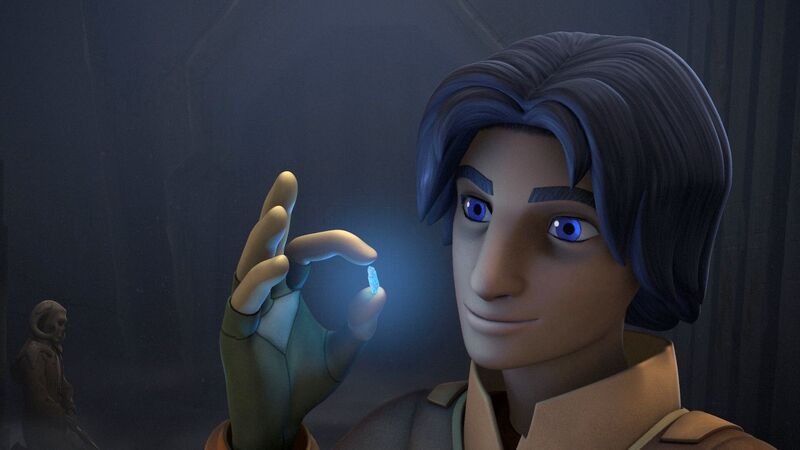 What Is a Kyber Crystal?

Lightsabers are one of the definitive hallmarks of the Star Wars Saga. The technology behind them, however, is not as well-known. If you’re familiar with the Expanded Universe, then chances are you’ve heard of the kyber crystal. This fictional gem has acquired increased importance over the last few years of Star Wars storytelling. Let’s explore the history of the kyber crystal in that galaxy far, far away.

The Heart of a Lightsaber

The concept of the kyber crystal went through several early incarnations before entering Star Wars canon. George Lucas toyed with having a “Kiber Crystal” as the MacGuffin in an early script of Episode IV: A New Hope. Author Alan Dean Foster later adapted that concept into the Kaiburr crystal for his 1978 novel, Splinter of the Mind’s Eye.

The TV series Star Wars: The Clone Wars provided the true origin of the kyber crystal. In the series’ fifth season, the “Young Jedi” story arc explored the Jedi tradition called The Gathering. Six Jedi initiates traveled to the Crystal Caves of Ilum to harvest their kyber crystals, which they would use to build their lightsabers. As Master Yoda told them, “The heart of the lightsaber, the crystal is. Focuses the Force from the Jedi, it does.”

Crystals were attuned to individual Jedi and lacked color, usually blue or green, until a Jedi found them. The Force spoke to each of the younglings — Byph, Ganodi, Gungi, Zatt, Katooni, and Petro — through their crystals. To find their crystal, each young Jedi had to learn a lesson: courage, hope, patience, trust, confidence, and selflessness.

Ezra Bridger followed a similar path in the Star Wars Rebels TV series. In the episode “Path of the Jedi,” Ezra and his Master, Kanan Jarrus, traveled to a Jedi Temple on Lothal. There, Ezra confronted a series of visions and even spoke with Master Yoda before finding his kyber crystal. Ezra used that blue crystal to build a custom lightsaber that doubled as a blaster. Even though Darth Vader destroyed Ezra’s lightsaber on Malachor, it appears that Ezra has since found a green kyber crystal for a new lightsaber. Perhaps Rebels season three will show us where Ezra got his new crystal.

While a kyber crystal’s primary function was to power a lightsaber, it also had a darker, lesser-known purpose. “Crystal Crisis on Utapau,” an unfinished story arc of Star Wars: The Clone Wars, revealed that kyber crystals were capable of refracting untold amounts of energy, with catastrophic results. During the story arc, Anakin Skywalker and Obi-Wan Kenobi stole a massive crystal from General Grievous on Utapau. Ultimately, Anakin and Obi-Wan destroyed the crystal to save it from Grievous and the Sith.

Following the crisis on Utapau, Master Yoda recalled the dark history of kyber crystals. During the ancient era of the Old Republic, the Jedi and Sith fought for control of the galaxy, often using weapons of unimaginable power. “Always at their heart, a kyber crystal was,” Yoda said. When Anakin dismissed such tales as folklore, Yoda solemnly replied, “In legends, we often find great truths.”

For keen-eyed fans, the kyber crystal’s destructive power bore a distinct resemblance to the Death Star‘s infamous superlaser. In the Rebels episode “Breaking Ranks,” the Empire was still trying to find enough crystals to build the superlaser. Kanan Jarrus and Hera Syndulla eliminated one such crystal en route to the Empire. However, Ultimate Star Wars revealed that the Empire eventually acquired eight enormous kyber crystals for the Death Star’s superlaser, in time to obliterate Alderaan in A New Hope.

The Significance of Jedha

Since kyber crystals are vital to the Death Star, they may be part of the upcoming film Rogue One: A Star Wars Story. One of the film’s main settings is Jedha, a tiny desert moon that hosts an Imperial occupation. Jedha is the homeworld of Rebels Bodhi Rook, Chirrut Îmwe, and Baze Malbus. In addition, Rebel extremist Saw Gerrera, an important figure from The Clone Wars, coordinates a resistance on Jedha.

Yet, there is an even deeper significance to Jedha. In ancient times, the moon’s civilization was one of the first to explore the nature of the Force. Jedha was also said to have natural resources — possibly kyber crystals? — that were integral to lightsaber construction. As a result, the Jedi Order came to view Jedha as sacred, just as it did for other worlds like Ilum and Ahch-To.

It’s not clear whether the Death Star’s superlaser will already be complete by the time Rogue One begins. Nevertheless, one can assume that the superlaser will be an important part of the weapons testing that the Death Star undergoes during the film. Will Jyn Erso and her band of rebels stumble across a kyber crystal on Jedha? We’ll just have to wait for this December to find out. 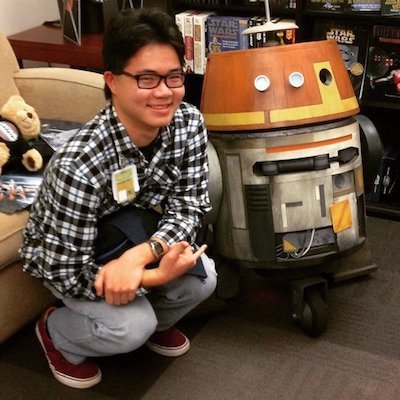