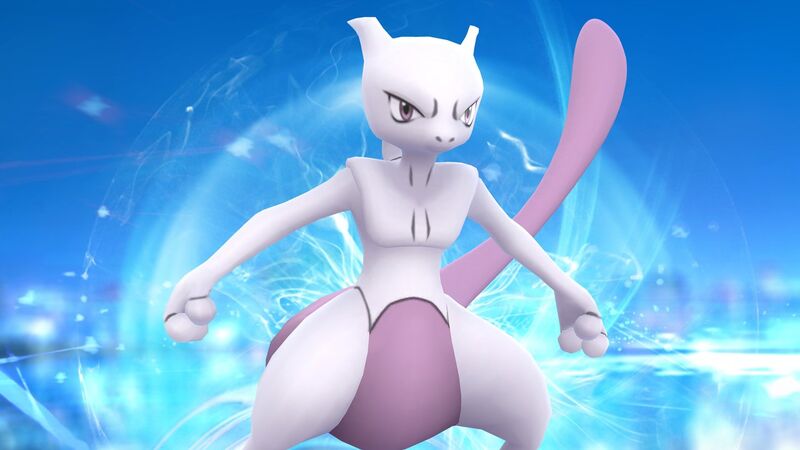 What ‘Pokémon GO’ Needs to Do to Win Back Its Fans

Today, Niantic announced that Pokémon GO will add the Alolan forms of everyone’s favorite Gen 1 Pokémon to the mobile game “in the coming weeks.” This is great news for current players of the game looking for a bit of variety. The Alolan Pokémon not only look different, their abilities, stats, and elemental types differ, as well. But this update, while cool (just check out Dugtrio’s fabulous locks), isn’t enough to get retired (read: over it) Pokémon GO players to mistakenly wander into their neighbor’s backyard in the middle of the night again.

There are only 18 Pokémon from Gen 1 with Alolan forms. That’s hardly substantial enough to get former players to return. Fans of the main Pokémon games could simply boot up Pokémon Sun or Moon if they want to experience the full Alola roster, all without having to leave their home. So, if the Alolan variants aren’t the answer, then what should Niantic do to win back its fans? Well, they need to make changes to the core game experience.

Ever since 1997, when the Pokémon anime first began, fans everywhere have wanted to become Pokémon Masters. Nearly 20 years later, Pokémon GO made that dream a reality. Finally, we could leave our homes and go out into the world to catch ’em all. Except that we couldn’t actually catch them all. Barring special events, Pokémon like Tauros, exclusive to North America, and Mr. Mime, only found in Europe, aren’t available to trainers around the world. While this is realistic (in both the anime and the game, trainers must travel to capture unique Pokémon), it’s inconvenient for those who can’t afford to travel or can’t make a Pokémon GO Event.

That’s where trading comes in. As those who play the Pokémon video games already know, if you truly want to catch them all, you have to trade. Adding this much-requested feature to the mobile game just might win former players back. No longer would they have to hope for a special event to acquire a region-exclusive Pokémon. Instead, they could trade with their friends or other players across the world. It would help foster a sense of community among players, getting them to interact with each other to reach a common goal.

Speaking of player interaction, another highly requested feature that has yet to find its way into Pokémon GO is player-vs-player (PvP) battles. This important aspect of the anime and the videogame would be a game changer for the mobile app. Imagine being able to walk up to another player and challenge them to a Pokémon battle. Or, if you’re wary of strangers, being able to do so through the app without having to actually face each other. This feature alone would be enough to get former players back in the fray.

There’s only so much walking and raiding that one player can do. Eventually, like Ash, you’ll want to seek out new challenges. Pokémon GO can get repetitive quick because you’re battling AIs who lack the randomness and strategic play styles characteristic of real people. Human opponents would add an element of uncertainty to the mobile app. After all, just as those who play online competitive games like Street Fighter V or Call of Duty: WWII already know, no two players play alike.

Adding PvP battles would force players to think on their feet in real time, constantly adjusting in an attempt to get ahead of their opponent. Not to mention, communities could organize real-life Pokémon tournaments. Now, who wouldn’t want to get off the couch to do that?

So far, Pokémon GO has succeeded when it comes to cashing in on nostalgia. However, Niantic will need more than nostalgia to maintain its current player base while attracting a new one. (The latter is probably why they’re adding the Alolan forms to the game). If the developer wants Pokémon GO to stand apart from the console version, then it needs exclusive content.

The Pokémon videogame franchise is constantly adding new Pokémon with each new generation. So, it would make sense for the app to introduce a few new Pokémon of its own or a new elemental type (like glass or plastic).

And what better way to get to know your new Pokémon than through taking selfies together? You know you want to. It’s incredible that Niantic has managed to produce a game that makes Pokémon appear in our everyday environment. However, what’s surprising is our inability to hang out with our Pokémon like Ash does with Pikachu. We could chat with them, groom them (Pokémon Contests, anyone?), or even feed them Poké Beans. Remember Tamagotchis? It could be like that but better.

There are so many directions that Niantic could take Pokémon GO to make it more attractive to players who abandoned the game. The Alolan Pokémon are a good start, but for players who left because they ran out of interesting things to do, their inclusion just promises more of the same. Walk, battle, catch, repeat. Now’s the time for Niantic to really push the envelope, so we can finally become true Pokémon Masters.