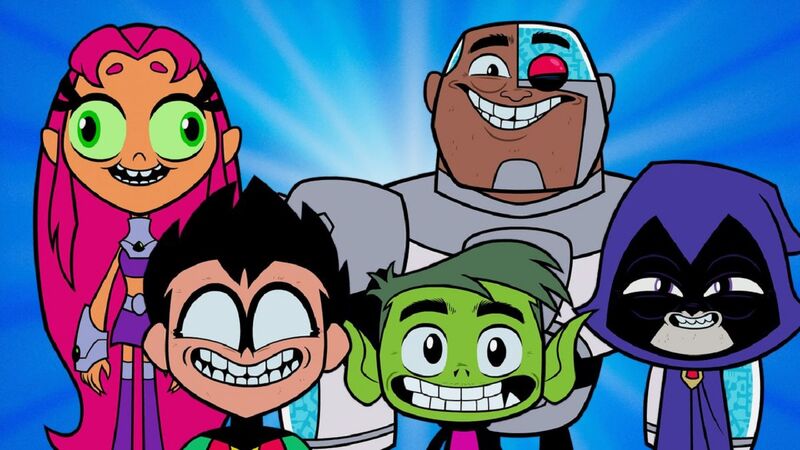 What the DCEU Can Learn From ‘Teen Titans Go! To the Movies’

Can you remember the last time a DC film was good? Of course not. Aside from Wonder Woman, they haven’t made a good film since The Dark Knight Rises. With so many bad films lately, the last thing you’d expect to succeed would be DC’s latest film, Teen Titans Go! To the Movies. Yet, it manages to do just that.

Teen Titans Go! gets a lot of hate from the original show’s fans for being immature and childish. Still, its movie has a 91% approval rating on Rotten Tomatoes, compared to Justice League’s 40% rating. So, how is that possible, and what can the DCEU learn from the success of Teen Titans Go! To the Movies? They can learn a lot.

The DCEU’s films are long, each running more than two hours. When films are that long, pacing can be an issue. While good writing can make a movie worth the length, this was not the case with Batman v Superman: Dawn of Justice. Fans would have forgiven the two-and-a-half-hour runtime if the titular fight was worth it. Spoiler alert: it wasn’t.

The premise for their fight in the film is flimsy at best. Batman’s tricked into thinking Superman’s a threat, while Superman’s blackmailed. It lacks the sheer excitement fans would expect from this clash of titans. Worse still, the whole fight gets overshadowed by the battle with Doomsday.

In contrast, Teen Titans Go! To the Movies is far shorter, at less than 90 minutes with a more focused plot. Since the whole movie is about the Titans learning to be themselves, each scene builds on that lesson. This culminates in the final fight where Robin admits that the Titans may be goofs, yet they’re still heroes. Combine that lesson with the Titans kicking Slade’s butt, and the audience enjoys a more significant payoff.

What the DCEU can learn from the plot and length of Teen Titans Go! To the Movies is that they can tell a good story in less time and with less content. Batman v Superman tried adding too much material, and it left fans with a confusing story. By the time the actual fight between Batman and Superman comes around, you wish the movie was over! Compared to that, Batman and Robin feels like an Oscar-winner.

DC had wanted to do Justice League so badly that it made the DCEU run before it knew how to walk. They crammed a gang of characters into each film but didn’t take the time to develop them. Zack Snyder thought that adding a bunch of famous heroes would be enough, and it backfired on him. The result? The DCEU is an unsatisfying mess.

Unlike Justice League or Batman vs. Superman, Teen Titans Go! To the Movies doesn’t try to worldbuild because it knows that it would be a waste of time. Fitting into a larger universe means conforming to pre-existing plots, which limits creative freedom. Not having to worry about that means Teen Titans Go! To the Movies has more time to focus on making sure the film entertains the audience. The result is a standalone film that is fun to watch.

Teen Titans Go! To the Movies is a wake-up call to DC: they need to stop trying to force together a shared universe. Instead, they should focus on ensuring their films can stand on their own at the box office and with critics. If enough standalone films are a success, then DC can consider more crossover films down the road.

Don’t Be Afraid to Lighten Up

A big problem with the DCEU thus far is how it is so dark — almost depressing — in its tone. It feels like DC injected Batman’s darkness into its other films in the hopes of recreating that success. Instead of success, though, audiences watched overly-edgy, complex stories with bad ratings.

The DC films don’t need to be as dark and as heavy as an ordinary Batman film, and Teen Titans Go! To the Movies shows what they can do instead. Even if it’s at their own expense or makes them look like goofs, the Titans aren’t afraid of making viewers laugh. Besides, if they like prank calling Superman or pooping in a prop toilet, that doesn’t make them any less of heroes.

The DC films have tried being dark and gritty, and that hasn’t worked out as well as they hoped. So instead of doing that, DC should try to inject some humor into their films. It doesn’t have to be to the extent of Teen Titans Go! To the Movies, but throwing in some snappy comebacks and one-liners can take the edge off a tense scene. Finding the balance between the Titans and Batman is what DC needs right now.

Despite how goofy it can be, Teen Titans Go! To the Movies has enough charm, humor, and self-confidence to work as a stand-alone film. DC should take note of this animated film’s success and see what its fans are looking for in a movie.