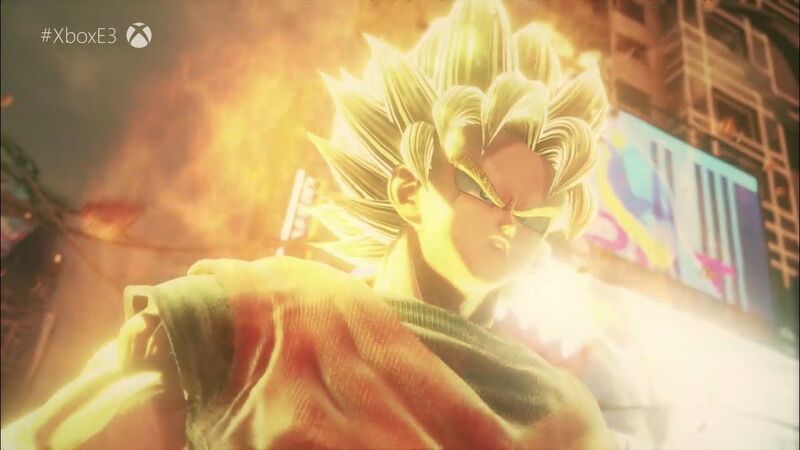 Did ‘Jump Force’s Trailer Reveal Who the Villain Could Be?

Microsoft recently dropped the trailer for Jump Force during their E3 conference. The crossover, 3-on-3 brawler, which celebrates 50 years of Shōnen Jump, features characters from the magazine’s most popular franchises, including Goku, Naruto, Luffy — and the most surprising reveal, Light and Ryuk from Death Note.

Details for this game are scarce. But we do know that these worlds have somehow merged into with our own. Now, the heroes of these massive franchises must take on the toughest big bad yet. But just who is Jump Force‘s villain? And can we actually trust Frieza and Light? Well, buckle up because FANDOM has some wild theories about the newest threat to humanity based on Jump Force‘s trailer.

Frieza, the “Emperor of the Universe”

Come on. Did you really believe that Frieza could be a good guy? Unlike Vegeta, Frieza has never strayed from his villainous core values. We even see this in the trailer for Jump Force. Frieza effortlessly destroys buildings in the city before our heroes stop him. In fact, he’s the sole character seen on the receiving end of Naruto, Goku, and Luffy’s barrage of attacks.

Sure, there’s a chance that Frieza could partner up with Shōnen Jump’s greatest heroes. But we’ve seen firsthand that this is one villain who only aligns himself with good for his own sake. After all, at the end of Dragon Ball Super, after his life is restored, Frieza makes it very clear that he intends to continue his evil ways.

We later see him greeting the members of the Frieza Force, gleefully declaring that the “Emperor of the Universe” has returned. Perhaps, Frieza intends to destroy Earth once and for all. Or, maybe, he intends on eliminating every known threat to his rule. In the anime, he does destroy an entire planet just to prevent the rise of a Super Saiyan to challenge him. Eliminating every threat to his rule across multiple dimensions doesn’t seem too far-fetched of an idea for the paranoid alien.

Never Rule Out the Ōtsutsuki Clan

In the trailer for Jump Force, we see several symbols and characters from iconic franchises. We see the stone heads of the First and Second Hokage from Hokage Rock quickly followed by the Thousand Sunny ship from One Piece and Frieza’s spaceship. Both appeared to have crash-landed on our Earth. But how could that be? It’s almost as if someone opened up multiple portals between dimensions.

Toward the end of Naruto: Shippūden, Kaguya uses the Ōtsutsuki’s clan’s kekkei mōra, Yomotsu Hirasaka, to travel between dimensions. She even opens a portal that leaves Sasuke briefly trapped in another dimension. It’s possible that she or another member of the Ōtsutsuki clan has brought our favorite heroes to our version of Earth to collect their chakra. (Not to mention, that we clearly see Naruto — pre-Boruto’s dad mode — use Six Paths Sage Mode in the trailer, a power that was desperately needed to takedown Kaguya.)

In the streets of the city, there are tree roots everywhere. It’s possible that a God Tree seed found its way to our planet and began to grow, sapping energy from Earth’s inhabitants. But there aren’t any superpowered beings in the real world. Our planet would barely satisfy their chakra cravings. But, if they managed to populate the Earth with heroes with incredible powers, those with ample chakra, ki, haki, etc., then it might make farming our planet worth it. Now, that’s a threat that even Frieza might be willing to take on.

In an interview with IGN, the game’s producer teased that Death Note’s character would be involved in Jump Force’s storyline. He even says that “the plot thickens” when Light and Ryuk appear in the trailer. The trailer reveal, which came as a shock to many, shows Light and Ryuk overlooking the fighting going on in the city. Their position above the others implies a sense of hierarchy and control. In fact, Light could be orchestrating these events from behind the scenes.

For fans of Death Note, this may not come as too much of a surprise. Light is known for his keen intellect, and despite his young age, managed to stay steps ahead of the task force dedicated to investigating Kira, his murderous alter ego. He concocted elaborate schemes to clear his name and even forced a shinigami (death god) to sacrifice herself to take down his rival L.

Using the Death Note, Light can not only cause people to die simply by writing down their names, but he can also manipulate their actions up until their death. If he used the 23-day rule, which allows him to control a doomed person’s actions up to 23 days before his death, he could become unstoppable, forcing our heroes to fight against their will. Or, he could be planning to sacrifice them to save the world from an even bigger threat, like the Ōtsutsuki clan above. (Also, if he withholds apples from Ryuk long enough, he could get the death god to tell him anything he wants.)

Of course, these theories are based on what we’ve seen so far. Jump Force could pick any villain from the past 50 years to be its new big bad. We could see anyone from Big Mom to Dio. In fact, these villains could be minor players in a much bigger game — a game they may not even realize they are a part of.

If that’s the case, then Jump Force’s villain could be a character with unimaginable powers and intellect. (And let’s not rule out the possibility of a mangaka being behind all of this.) The possibilities are endless. Until we get more information, all we can do it wait and see. Luckily, the developer has made it clear that we will get more info soon.