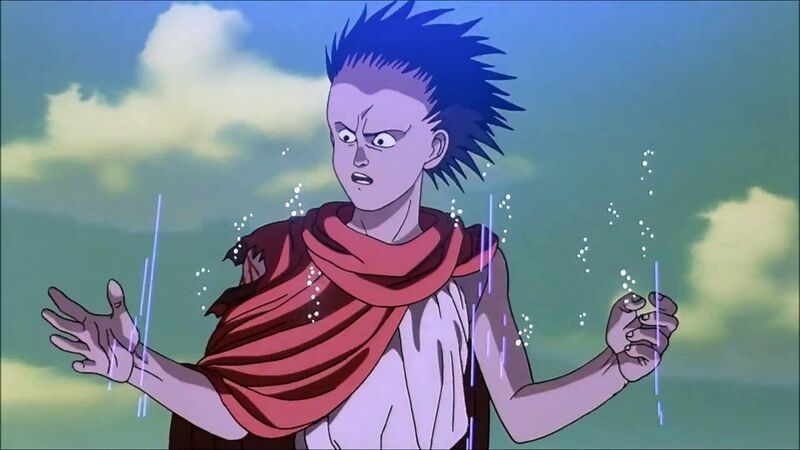 How ‘Akira’ Changed the World of Animation Forever

When Katsuhiro Otomo watched the first rush (or daily) of his classic post-apocalyptic sci-fi anime film Akira (1988), he went home and told his wife the film was a failure. The now-famous director, like many creatives, couldn’t foresee the impact his film would have on animation and film beyond Japan’s borders. In fact, nearly 30 years later, Akira’s influence is still felt today.

A Level of Detail Unlike Any Other Anime

When Akira hit theaters, viewers noticed that this anime was unlike any other that had previously come out of Japan. This was not without reason. Otomo took several risks that other anime directors at the time didn’t. These choices likely resulted in Akira’s enormous — at the time —  budget of 1.1 billion yen (approximately 8 million dollars).

Akira used over 160,000 animation cels to create the detailed scenes and fluid movement in the film. The use of cel animation meant that animators had to illustrate the background, middle, and foreground of each scene on three different cels. It’s a detailed and time-consuming process that has since largely fallen out of practice.

However, it also allowed for detailed cityscapes and backgrounds. Even the lights in the windows were individually colored to add warmth to the city. In fact, the film’s use of light almost makes the city seem like its own character (see video above). Without this technique, the film’s post-war Neo-Tokyo setting wouldn’t have felt as lived in or gritty.

Otomo even went so far as to use a quick action recorder to test the fluidity of the animation during production. This led to even more work for the animators who had to clean up imperfect scenes. However, this level of attention to detail meant that Akira didn’t have the stiff movement or generic backgrounds found in anime like Astro Boy and Robotech.

Otomo also chose to use pre-scored dialogue — an anime production first. The dialogue was recorded before production began. This gave the animators the opportunity to match the movement of the characters’ lips to their spoken lines. The process was laborious and expensive. However, it made the characters appear to talk like real people instead of soulless puppets (see: Speed Racer above).

But Otomo didn’t stop there. Determined to build a realistic, futuristic world, he used computer graphics and a Synclavier to add small but important details to the film. The pattern indicator that Doctor Onishi carefully studies throughout the film is computer generated and gives the film a cool futuristic vibe. And the Synclavier produced the odd, otherworldly sounds heard throughout the film. All of these elements combined to create a fully realized urban setting.

However, before a single line was drawn, Otomo recruited the music collective Geinoh Yamashirogumi to score the soundtrack. Similar to Cowboy Bebop, the visuals drew inspiration from the music that the group, comprised of hundreds of rotating members, created.

The eclectic group, versed in multiple styles of music, produced a masterpiece that blended choral sounds with percussion instruments. Their score heightened the feeling of being trapped in a futuristic urban jungle. This resulted in an immersive experience superior to that of other animated projects.

Redefining the Meaning of Animation in the West

Akira didn’t just stand out from other anime. When the film hit the West, it changed the animation industry there, as well. Up until its release, animation in the West was marketed toward children. Disney, Warner Bros., and Hanna-Barbera, with their innocent plots and simple animation, hadn’t even dreamed of targeting a more mature fanbase. (No, Yogi Bear trying to steal picnic baskets, though illegal, doesn’t count as a mature storyline.)

But Akira was different. It was full of corruption, violence, secret experiments, rebellious teens, and some weird kids with telekinetic abilities. Unlike Astro Boy and other anime up until that time, it didn’t try to blend in by adopting an American aesthetic that made the audience think it was a Western creation. It didn’t transport viewers to a safe forest with singing animals. Akira forced viewers to face reality by depicting a hyperrealistic, post-war dystopia that hit too close to home.

Akira doesn’t hold the audience’s hand. Every character we meet, from Kaneda to Kei to Tetsuo, is damaged in some way. But they’ve got no time to deal with their trauma. In fact, most of the film we watch them struggle to react and adjust to situations beyond their control.

Characters make immoral choices and not everyone gets a happy ending. But viewers and critics loved it. An achievement that paved the way for more mature content to come West like Cowboy Bebop, Neon Genesis Evangelion, Elfen Lied, and Ghost in the Shell.

Akira went on to earn 49 million dollars worldwide. The film’s international success surprised many, including Otomo. In an interview with Otaku Mode, the director admits that he didn’t create the film with a foreign audience in mind. Steven Spielberg and George Lucas must’ve picked up on this. The famous duo turned down the film when offered the chance to bring Akira to the US in 1987. They didn’t think the film would appeal to western audiences.

But it did, and, more importantly, it didn’t have to change itself to do so. Even today, companies still edit anime to suit audiences outside of Japan. So, it’s no mere feat that Akira was able to succeed without cutting back on the violence (as seen in Robotech) or watering down its dialogue. This was especially significant since Japanese references and names were often removed during the localization process.

The film that audiences had fallen in love with was unabashedly Japanese, and they noticed. Neo-Tokyo’s troubled, lively streets etched themselves into the hearts of foreign moviegoers. However, despite Otomo’s statements on his target audience, Akira is ripe with western pop culture references. Neo-Tokyo itself resembles Blade Runner’s depiction of Los Angeles. Not to mention that they’re both set in the same year, 2019.

As such, Akira felt uniquely foreign but also familiar. It wasn’t out of step with the sci-fi films that dominated western box offices at the time. It even looked just as good. After all, animation projects don’t face the same budget or technological constraints as live-action films. The film’s success pushed anime to the forefront of people’s minds, and they wanted more of it. Finally, the West was open to watching animation from other places.

Akira didn’t just borrow from pop culture, it added to it. Many films, shows, and even musicians have referenced the iconic anime. Kaneda’s bike makes an appearance in Spielberg’s Ready Player One, and Kanye West’s music video for the song “Stronger” pays tribute to the groundbreaking film. The cyberpunk anime also influenced an entire generation of future Hollywood filmmakers.

Rian Johnson stated in a Reddit AMA that Akira was one of the inspirations behind his sci-fi flick Looper (2012). Similarly, the timeless film influenced the Duffer brothers’ Netflix show Stranger Things. Unsurprisingly, both properties focus on children with telekinetic abilities.

Looper’s Cid possesses powers that are supposed to turn him into a monstrous threat in the future. This references Tetsuo’s monstrous transformation toward the end of Akira. On the other hand, the Duffer brothers, with Eleven, seemed to focus more on the anime’s theme of experimentation on children. A recent episode even had emo Eleven sync up with other children with mysterious powers, much like the Espers in Otomo’s standout work.

Akira‘s mature themes and philosophical message also opened the door for western animation aimed at adults. Without it, we wouldn’t have gotten shows like The Simpsons and Archer or animated greats like MTV’s Æon Flux and Warner Bros.’ Batman: The Animated Series.

Akira’s influence can be felt and seen throughout the world. Considered the gold standard of animated films, even 30 years later, the anime is the gift that keeps on giving. The ambitious project and its success proved that anime films, in particular, didn’t have to cut corners to be profitable.

The risks that Otomo took pushed animation companies to aim for the stars. The heartfelt narratives, detailed settings, and cutting-edge animation styles that resulted breathed new life into our current fictional worlds. No doubt, many of the great animated and science fiction films and shows of our generation owe a great debt to Akira.