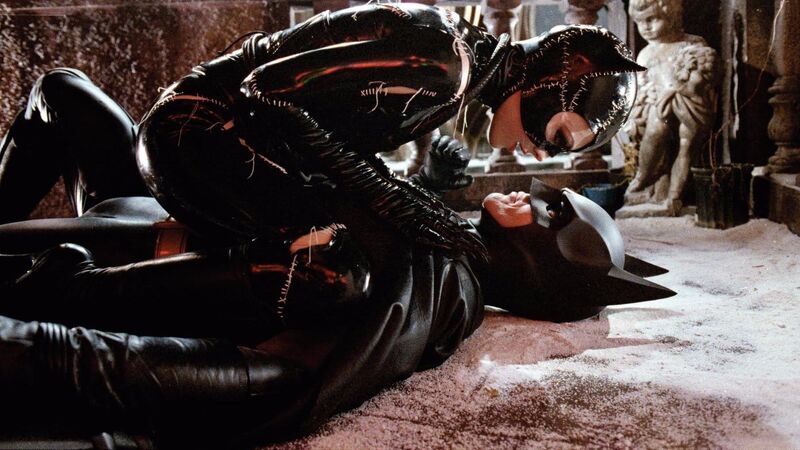 Why ‘Batman Returns’ Is the Best Batman Film

Batman Returns turns twenty-five today and it’s a film worth celebrating. Tim Burton’s sequel was much maligned at the time of release, but it’s finally begun to get the reappraisal it deserves. In fact, this writer will go farther than most and declare Batman Returns the best live-action Batman film ever made.

The World of Tim Burton’s Batman

It’s important to note that Burton’s Batman was a game-changer, led by a captivating performance from Jack Nicholson as the Joker. However, there were still elements of Burton’s unique style that had to be tempered in order for Batman to be palatable to mainstream audiences. With the success of the first film, Burton returned to the director’s chair under the condition that he be given much more creative control with the sequel. The studio agreed and Burton was allowed to apply his artistic flourishes with the biggest brushes available.

Burton has always taken inspiration from German Expressionism and Batman Returns is his best use of the form. Gotham City was grimy and Art Deco before, but Batman Returns takes it into a nightmarish territory. Giant stone-faced statues and sharp shadows drape the crime-ridden burg. It’s like a living, breathing Underworld brought to life. Modern superhero movies are so focused on being grounded in a reality that we recognize. Today, the unabashed surrealism of Batman Returns‘ Gotham City is refreshingly unreal.

The Bat, the Cat, and the Penguin

Batman Returns also has a brilliant approach to its three main characters: explore the primal, animal-inspired facets of these larger-than-life icons of comic book history. Burton takes horror imagery – a clear inspiration for the original iteration of the Caped Crusader – and amplifies it to the nth degree.

The Penguin is a straight up monster, oozing black goo out of his mouth and kidnapping children with the intent of drowning them. Yet, there is still a pity to him like all classic monsters. Catwoman is every Puritan’s worst dream come true: a powerfully sexual woman who embraces her femininity so fiercely that it’s downright scary (and undeniably seductive). Even Batman delves deeper into his own dark side, being labeled as a monster thanks to a clever setup from his two foes. His battle with duality is explored in a fairy tale fashion that the first Batman didn’t really have time to properly analyze.

You also get the inimitable Christopher Walken as the slimy corporate sleazebag Max Shreck (in case Burton’s love of German Expressionism wasn’t clear). Walken is as delightful as you expect him to be. He plays the role like an evil Bruce Wayne and there are definitely similarities to other real-life corporate moguls of the time, including Donald Trump. Shreck even says, “You’re fired!” in an eerily identical fashion.

Each of these characters gets a compelling and tragic arc that plays out in operatic fashion. It’s praise all around, but one of them definitely steals the show…

Get ready for the boldest statement of this argument so far: Pfeiffer’s Catwoman is a better villain than Heath Ledger’s Joker in The Dark Knight. Yes, Ledger’s performance as the Clown Prince of Crime is fantastic. But, at the writing level, his character is as one-note as you get. Granted, that one note is played flawlessly but there isn’t any emotional complexity to the character.

Pfeiffer’s Catwoman is a multi-layered figure. She’s sympathetic, scary, badass, conflicted, empowered, sensual, lovable, ferocious, and all-around entrancing to watch on screen. There is a reason why if you ask someone to name a movie with Michelle Pfeiffer in it, chances are that this will be the first one they think of. It’s not simply because of Batman’s pop culture notoriety. Pfeiffer is incredible in the role.

And Pfeiffer is the sexiest comic book screen villain ever, male or female. There is a confidence to her that is extraordinary. She’s the Wonder Woman of the rogues gallery. Plus, her theme by Danny Elfman is one of the composer’s best pieces of film music.

Another strong component: her romance with Bruce Wayne/Batman is handled incredibly well. To be fair, it is a darkly charged love affair, but it’s one in which her character is never demeaned or treated as lesser. There are powerful moments in the movie between the two that still land today.

For example, Bruce and Selina are dancing together at Shreck’s Christmas party. When they both realize their secret identities, Selina sadly asks, “Does this mean we have to start fighting?” Batman Returns uses Selina’s arc to pick apart concepts like traditional relationships and what’s expected between two lovers. And her heartbreaking finale in which she rejects a future with Bruce and kills the chauvinistic Shreck is a moment of true female empowerment, as horrendous as it may be. Give it a watch but be warned, this ain’t kiddie fare.

So, Why Is It Better Than The Dark Knight?

The consensus seems to be that Christopher Nolan’s The Dark Knight is the most beloved of the live-action Batman canon. That’s completely understandable. It treated the character in a firmly grounded fashion and offered a story that felt tonally appropriate for Batman and his world. And Nolan is a proven director who can balance the perils of blockbuster action filmmaking with solid storytelling.

But, The Dark Knight is cluttered at the script level. The deviation to Hong Kong is overlong and more memorable for its stuntwork than its plot importance. The rushed inclusion of Two-Face in the fifth act is a waste of a phenomenal villain. And as enjoyable as the Joker is, he’s so commanding that his shadow looms large over the entire film. When he’s missing, you really feel it. Batman Returns manages to juggle a number of plot threads and never drops any of them. It also achieves a gargantuan task: all of its lead characters are equally entertaining. You don’t want to get back to Catwoman because you’re stuck focusing on Penguin for a scene. Everyone is fascinating.

It also takes a very different “adult” approach to Batman. Nolan’s idea of giving audiences an “adult” Batman story means leaning into realism as much as possible. Burton’s idea is to explore uncomfortably adult ideas. Yes, it all takes place in a movie that features evil circus henchmen and rocket-firing penguins, but that’s what’s so special about the world of comic book storytelling! Nolan’s self-serious approach doesn’t seem to understand that superheroes are supposed to be draped in silliness. Thanks to these garish and colorful wrappings, it’s easier to delve into mature and sometimes difficult subject matter. Batman Returns understands that and revels in it. The Dark Knight rarely feels so celebratory.

And as far as the other live-action Batman films – I’m not counting Batman: Mask of the Phantasm – they are all worth discussing and debating for/against. But, none of them have the black magic allure that Batman Returns exudes. It’s the kind of spellcraft filmmaking that we don’t often see in big summer releases anymore and has never returned to the Batman franchise since.

There’s A Reason to Watch It Every Year…

Speaking of celebratory, this isn’t really a critical observation but I think it’s awesome that Batman Returns is a bonafide Christmas movie. We tend to associate the holidays with cheer, but they are also a frustrating and sometimes depressing part of the year. Batman Returns uses that festive backdrop and gets into the often neglected darker side of Christmas.

It’s summed up perfectly in the scene between Batman and Catwoman in which they say, “Mistletoe can be deadly if you eat it. But a kiss can be deadlier if you mean it.” That kind of subversion just adds another delectable layer to all the gleeful gloom of Batman Returns. It’s a constant Christmas screening in my household (after Gremlins and Muppet Christmas Carol).

Time Has Been Kind

Batman Returns was not what audiences wanted after the rousing success of Batman. It dove into the deep, dark end of the Batman mythos and did it all with a fairy tale aesthetic and tone that didn’t match the previous film.

Twenty-five years later, Batman Returns can be judged on its own merits. It is a blood red wine that has only gotten better with age. If you haven’t watched it in a while, give it another chance. I don’t think I can wait until Christmas this year. Batman Returns is just too good.