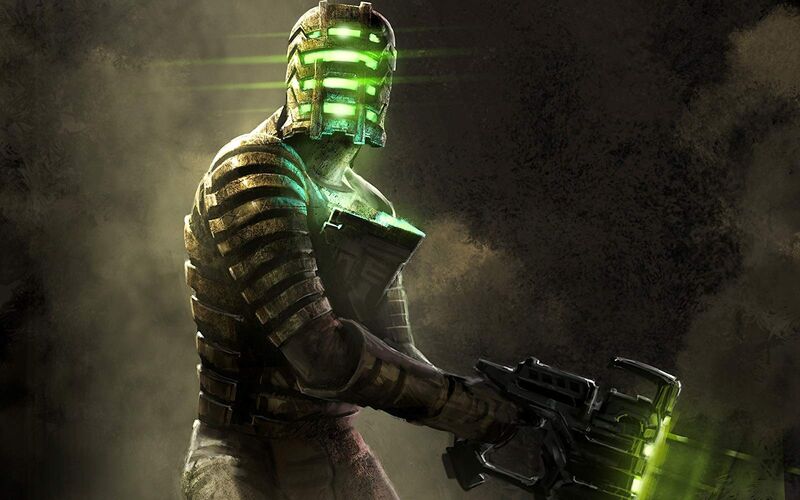 Why Ten Years On, ‘Dead Space’ Is Due a Relaunch

There’s some kind of perversity in that, in the year that Dead Space celebrates its tenth birthday, Visceral, the studio that made it, had its doors shuttered by EA.

For a time, the idea that the Dead Space franchise would be missing, presumed dead – as it appears to be in 2018 – would have been unthinkable. The first game was a smash hit. The second game perhaps more so. And yeah, the third one we should probably gloss over as quickly as possible. But in-between there were comics. Novels. There were two animated movies. There was even talk of a live action film.

Horror legend John Carpenter, the man behind the camera for the likes of The Thing, The Fog, Halloween and Escape From New York, said in 2013 that he’d love to do the honours. “I maintain that Dead Space would just make a great movie,” he said. “You have these people coming onto an abandoned, shut-down space ship and they have to start it up and something’s on board. It’s just great stuff. I would love to make Dead Space [into a film], I’ll tell you that right now. That one is ready-made.”

Like all things Dead Space, we haven’t heard anything more than that in a long time now.

Actually, some news, of a sort, did sneak out recently, in the wake of Visceral’s closure. Former Dead Space creative director Ben Wanat, now creative director at Crystal Dynamics, revealed to Eurogamer that had Dead Space 4 seen the light of day, it would have featured more ‘open spaces’, areas outside the tightly scripted narrative riveted through most of the prior games. It would have expanded upon the ‘Lost Flotilla’ segment of its predecessor, in which you could, to some degree, explore a graveyard of expired spaceships.

“The notion was you were trying to survive day to day against infested ships,” said Wanat, “searching for a glimmer of life, scavenging supplies to keep your own little ship going, trying to find survivors.”

2013’s Dead Space 3 wasn’t a great game in much the same way that the Resident Evil franchise struggled to make a great game after number 4 and before number 7. Like that franchise’s 6th game, it was too long and too flabby. Like that franchise’s 5th, it had seemingly run out of ideas. But if the Resident Evil series has taught us anything, it’s that green herbs can cure even the most severe of illnesses. But if it’s taught us anything else, it’s that one disappointing game doesn’t kill a franchise, especially one born out of the most impressive debut survival horror game of the noughties (settle down Fatal Frame fans, the clue is in that last sentence).

It’s impossible to talk about Dead Space without also talking about the movie franchise that largely inspired it. It’s another perversity that both find themselves in poor health. Before Creative Assembly’s nerve-shredding Alien Isolation arrived in 2014, Dead Space was the game that had come closest, by some distance, to replicating the quiet terror of Ridley Scott’s original 1979 sci-fi movie. The fact that everybody seems to have forgotten how to make a good Alien movie, to varying degrees, in the many years that have followed 1997’s okayish fourth film Alien Resurrection, suggests that maybe Dead Space’s derailing might be in its DNA. Hold that thought.

When the first Dead Space game arrived, it felt iconic from the off. This was largely thanks to the game’s protagonist, Isaac Clarke – the name of which any sci-fi enthusiast will recognise as a fusion of genre godheads Isaac Asimov and Arthur C. Clarke – a systems engineer on a small ship travelling into space to investigate lost contact with the giant research ship, the Nostromo… *cough*… no, the USG Ishimura. Nobody has worn a space suit quite as cool as Isaac’s suit – his health bars illuminating his spine is a defining image of the 360/PS3 era.

Like Alien’s protagonist Ellen Ripley learns of the Nostromo, in Dead Space, Isaac quickly comes to realise that contact has been lost with the Ishimura. Not because they haven’t been paying their broadband bill, but because the ship has been infested with an alien species. In Alien this was the parasitic Xenomorphs. In Dead Space it’s the parasitic Necromorphs. That sound you can hear is Ridley Scott dialling his lawyer.

In truth, there are huge differences between the Alien film franchise and Dead Space. What helped make the game successful was that it managed to replicate the movie’s atmospheric, isolated feel, not the aesthetics or narrative.

Dead Space had a stunning central theme. The franchise hangs around the growing belief of the antagonistic cult religion Unitology, loosely speaking, a belief that human beings came from space. Subscribers to said religion follow a chap called Michael Altman, a sort of 26th century Julian Assange, who has leaked information about the existence of an alien artefact called the Marker. The Unitologists believe worshiping said artefact will give them eternal life. It doesn’t. It turns them into fugly screaming reanimated corpses. It’s not hard to draw parallels between the fictional religion and Scientology.

Yet those parallels between Alien and Dead Space will not go away. The first Alien film was followed up by Aliens in 1986, this time directed by James Cameron. And, where the first movie featured the one Xenomorph, stalking the crew through tight claustrophobic spaces and resulting in an epic one-on-one between Ripley and the Alien at the end, the second threw a tonne of Xenomorphs into the mix. A child too! The result was it became more of an action movie than a horror movie, though it excelled at both elements. Which is exactly what happened to Dead Space 2, when it was released in January 2011.

You can argue that this shift from minimalist tension to all-out carnage is what doomed the Alien franchise, and in turn Dead Space, in failing to excel beyond a point. Reports of the filming of Alien 3 describe a director that envisioned one thing and a studio that demanded another. Similarly, reports have emerged in the wake of Visceral’s closure of similar friction between developers and parent company EA.

Visceral wanted to make a dark game about psychosis. EA wanted multiplayer and microtransactions. Returning to the previously mentioned Resident Evil, it’s long seemed that Capcom had similar tensions, albeit internal, as to whether they wanted to make a horror game or an action one. It’s a conflict that perhaps hasn’t truly been resolved, though last year’s Resident Evil 7: Biohazard certainly revitalised the franchise with a new idea.

You can bet your Ration Seals that Dead Space will again see the light of day. It’s a series with too much cultural cachet, too much affection from gamers still active in the market, within an age where it’s increasingly hard to create new brands and far easier to reboot old ones. How this happens is anyone’s guess, but it will. There’s money to be made there, and money talks, far more than Isaac Clarke does anyway. For a new game to work, it’s going to need to feel as fresh as the first Dead Space game did in 2008. It’s going to need a new idea.

There’s a lesson in here about trusting in creative people and not second-guessing what the market wants. The cynics might say that the era where that was possible in gaming is gone, but in space, everyone can (hear you) dream.