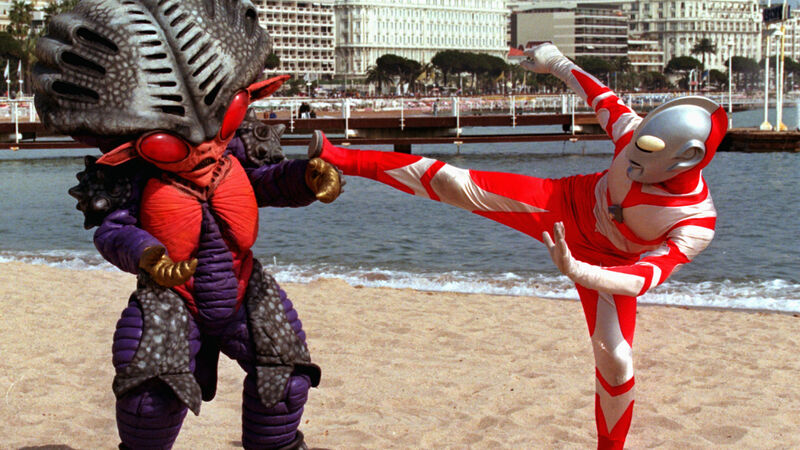 Why Ultraman Isn’t in ‘Ready Player One’

Writer Ernest Cline made a few changes to Ready Player One when transitioning the book to film. Most notably in terms of the film’s ‘Quests.’ But he also made a tweak to the film’s finale, with Ultraman failing to make an appearance in the movie as he does so memorably on the page. During a recent trip to London, Cline told FANDOM why the Japanese hero didn’t make the cut.

Just BEWARE OF READY PLAYER ONE SPOILERS ahead…

Ernest Cline: “When I went to Japan it was hard to tell the Japanese fans that Ultraman wasn’t going to be in the movie. That was not because anybody withheld the rights from us. The company that owned Ultraman, Tsuburaya, was excited, but they were having a lawsuit with another company over the foreign rights to Ultraman.

“Because of this lawsuit, neither one of them could give us a clear chain of title to the character. Even though they both desperately wanted Ultraman to be part of a Steven Spielberg movie. Just because of the timing it couldn’t happen.”

Replacing Ultraman With Gundam and the Iron Giant

Cline: “That ended up leading us to giving the Gundam a bigger role, and also the Iron Giant, which is another one of my favourite changes. I’ve actually become friends with the screenwriter of The Iron Giant, and I’ve had so much fun getting him to see his character have kind of a renaissance and see people cheer. Because that didn’t really happen when the film came out, where people found it on video. It’s so much fun.

“I bet for Brad Bird too, to get to see their character [back onscreen]. Which, when I watch The Iron Giant… that’s an Amblin-inspired movie. So much clearly inspired by E.T.; the little boy who finds this creature in the forest, and instead of Reese’s Pieces, he leaves chunks of metal to lead the Iron Giant back to his house. So it feels like a very Amblin-esque movie, and perfect to reference. They were paying tribute a little bit to Steven, and now he gets to return the favour.”