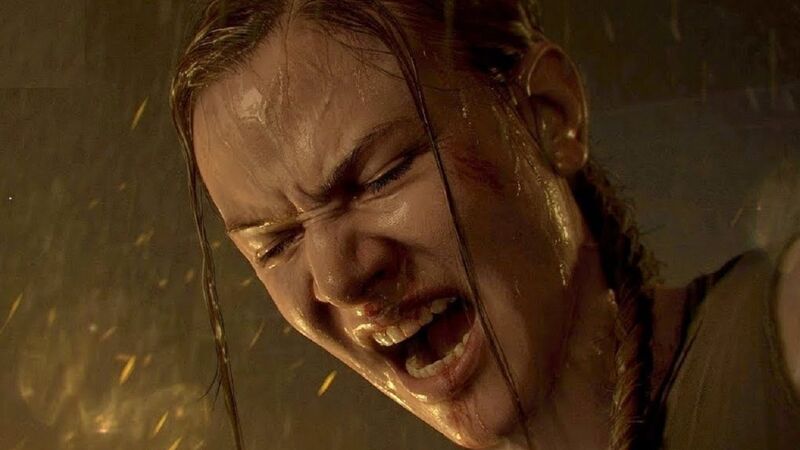 SPOILER WARNING: Full spoilers follow for The Last of Us Part II!

The Last of Us Part II is arguably the most hotly debated video game release of 2020. Amid the heated discussions around developmental crunch, character design, and controversial plot elements, one element stands out as having taken the brunt of this anger: Abby. Gamers have taken to social media to express their outrage. As one fan wrote on Metacritic: “And then there is the worst part about this game, the Abby part. The game tries to make us like Abby for some reason. And it doesn’t work. I hate Abby.” Reprehensibly, some fans have even gone so far as to threaten the life of Abby voice actor, Laura Bailey.

Abby has attracted resentment largely because she brutally kills Joel, the main character of The Last of Us, at the very beginning of the game. We know this character only as Joel’s murderer, then halfway through the game, we step into her shoes and play as her when we backtrack through the three Seattle days that Ellie has already experienced. It’s not hard to see why she’s got some players spitting venom. But what if I told you that Abby’s role and journey are parallel to that of the man she killed? That she is, essentially, Joel in the sequel, and that there are very good reasons for that? Is this the salve that can soothe the Abby vitriol? Let’s explore the similarities of these apocalyptic antiheroes and find out. Strap in.

When we first meet Abby, she is a soldier through and through. She dedicates herself fully to the Washington Liberation Front (WLF) and gains the respect of her peers. Due to the trauma of losing her father, she puts up emotional walls in order to never experience that kind of loss again. She’s entirely devoted herself to training, and any close relationships end due to an inability, or refusal, to connect.

When we first meet Joel in The Last of Us, he is similarly more like a machine than a man. After the loss of his daughter Sarah, Joel becomes a cold and calculating survivor. He is a feared smuggler and has a strained relationship with his younger brother Tommy. And let’s not forget precisely how okay Joel is with straight-up torturing people. Both characters suffered a significant loss that initially leaves them hollowed and hardened in an unforgiving world.

Even Troy Baker, who plays Joel, noted the similarities between Abby and his character in a recent interview for Fandom. When commenting about Abby’s physical stature, he stated, “If you were this ruthless survivor — we’ve heard those two words used before about another character — in this world, you would get jacked … if you’re fighting infected all day.”

But it’s not just muscles that these two ruthless survivors have in common when it comes to physicality. Abby’s moves even mirror Joel’s. Just like Joel, Abby can sneak up behind enemies and easily strangle them to death with her brute force. The first time I took down an infected runner as Abby, I remember saying to myself, “She plays like Joel!” Abby is also the only character that utilizes a Flamethrower and crafts Shivs — just like Joel did.

These familiar mechanics make the heartbreak of Joel’s departure hit all the harder, as we recall our experience of playing as the character in the game’s predecessor, deepening the sense of loss. But playing as a character with a similar fighting technique to one that we loved also heightens positive associations. Recreating these familiar gameplay elements in the sequel, that immediately recall Joel while playing as Abby, triggers bittersweet feelings akin to nostalgia and even though Abby may be unfamiliar and abject in some ways, we warm to her in others, or at least find an agreeability to the way she handles. We can’t help but transfer some of our residual feelings for Joel onto Abby on some level.

A Softer Side Emerges

Another likeness that Joel and Abby possess is in their shared adoption of a companion, and their response to the relationship. Both characters experience emotional switch-ups thanks to their younger allies. Joel has Ellie, and Abby has Lev. As Joel starts to connect with Ellie, we see his kind, fatherly side return. He even goes so far as to start talking about his departed daughter, Sarah, with Ellie, something we haven’t seen him do with other characters.

As Abby spends more time helping Lev, we begin to see a warmer and more caring side of her come out, too. She even goes to help Yara find the perfect aquarium gift for her brother, Lev. These character developments are most apparent through the dialogue that the separate duos exchange. Our antiheroes even start to take an interest in their companions’ passions: Joel with Ellie’s comics and Abby with Lev’s beliefs.

Moreover, at the end of the game, Abby rescues Lev and carries his body to the boats in the same way that Joel carries Ellie out of the hospital at the end of TLOU. This poignant symbolism is not accidental. Not only does it further the parallels between Joel and Abby, but it also stirs the same heartbreaking emotions we experienced at the finale of the first game, making us both think and feel. It’s even more gut-wrenching that you watch this mirroring moment as Ellie.

The Light in the Darkness

The irony of Abby’s journey is that she ultimately becomes the person that she destroys. Abby’s newfound humanity leads her to turn on her family, the WLF, to protect Lev. Once again, this reflects Joel’s story from the first game. Initially, Joel’s mission was to escort Ellie to the Fireflies. But he ultimately forgoes that task and the hope associated with it to ensure that Ellie lives because he loves her. Afraid to lose another daughter figure, Joel kills the doctors and Fireflies. This chain of events ultimately elicits Abby’s warrior-transformation and incites her determination to kill Joel.

Abby thought of Joel as the ruthless smuggler that killed her father. But Joel’s motivations were good; his actions were a result of the compassionate side brought out in him by Ellie. However, Abby’s singlemindedness, sense of loss, and the trauma she’s suffered mean she would never question why Joel killed her father. Through her journey in The Last of Us Part II, though, she ultimately discovers why. She is forever changed for the better thanks to her experiences with Lev, gaining the ability to empathize. Abby is not the same character at the end as the one we meet at the beginning of the game, and risks everything to protect the person she cares about. Sound familiar?

So…Why Does This Matter?

You may be asking what all these parallels amount to. The answer is that they’re a shortcut to stoking our sympathy and a way of connecting the story of the two games. It makes for better gameplay. In turn, they help to both further explore and universalize the franchise’s themes in a powerful way.

As the player, we can sympathize with Abby faster thanks to the familiarity of her journey. Up until this point, we’ve mainly been playing as Ellie, so to suddenly step into the shoes of an unknown character we are hunting is a big leap. But it is the familiarity of everything associated with Abby’s adventure that allows us to connect with her faster, and in the end, understand Ellie’s choice of mercy and forgiveness.

In an interview for Kinda Funny Gamescast, director Neil Druckmann discussed the theme of love in The Last of Us Part II: “Both games are about love. Both games explore the most wonderful things love can provide — and the worst things that love can drive you to…”

Joel’s love for Ellie leads him to murder Abby’s father and rescue Ellie from the hospital. It is Abby’s love for her father that leads her to seek revenge and kill Joel. And it is Ellie’s love for Joel that brings her to Seattle as she seeks to kill Abby. Right before she commits to killing Abby, of course, Ellie remembers a moment between her and Joel concerning forgiveness and she stops in her tracks. Ellie bestows that same forgiveness for Joel onto Abby, ultimately ending the dark cycle of revenge — another of the game’s major themes. By playing through the franchise as both Joel and Abby, Druckmann’s intention, he told GQ, is to make the player “experience this thirst for revenge.” Universalizing it in this way is designed to make us stop and think about our own feelings and actions. Yes, it makes sense to feel hatred toward Abby at first — you’re feeling the same emotions that lead someone to seek vengeance. But by the end, you’re meant to understand why revenge is not the best course of action.

Love and revenge remain intertwined within The Last of Us Part II’s narrative. These themes are even echoed in the song lyrics that Joel and Ellie sing throughout the game, “If I ever were to lose you, I’d surely lose myself” (“Future Days” by Pearl Jam). The death of Abby won’t bring Joel back for Ellie. But she can give Lev and Abby the future that she wishes she had with Joel.

Druckmann later went on to talk about the link between Joel, Abby, and Ellie around trauma: “…they’re all struggling with quieting their demons. They’re all suffering from their own versions of trauma, and how do they get past it?”

Abby and Joel are not good people. Their trauma has led them to commit some pretty despicable acts. But throughout both games, we as the player experience how Joel and Abby evolve as events force them to work through their trauma. Joel finally opens up about his daughter Sarah, and Abby can finally sleep without nightmares. We witness them grow from individuals tortured by the darkness inside them into kinder and better people. As players, we grow with them. It is the interwoven journey of these two characters that allows us to sympathize and connect with them and think about the implications beyond the game.

The Last of Us Part II subverts our expectations and challenges the idea of heroes and villains in gaming and storytelling. Joel was never a perfect person, and neither is Abby. Both committed murder. Both experienced loss. Both underwent a great change, and yet there’s been a loyalty and forgiveness displayed toward Joel that hasn’t been extended to Abby. But if Joel and Abby both battle through a kindred story, can’t we appreciate Abby’s journey as much as we do Joel’s?