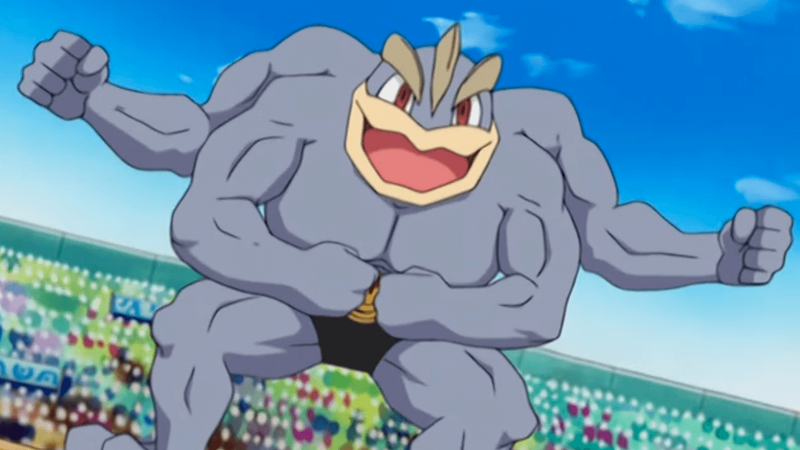 Will ‘Pokémon Go’ Get You Fit?

Pokémon Go hit the Play Store and the App Store last week with all of the subtlety of a Snorlax falling from space and landing in the front yard. Part of the game’s promise is that the search for Pokémon in the real world will get you up and out the door. Some medical professionals are already saying that it can help you get your daily dose of exercise. But will playing Pokémon Go actually get you fit?

To see how that promise holds up, my fellow Fan Contributor Zuleika and I laced up our sneakers and put on our Ash Ketchum hats and started tracking our steps as we were tracking the Pokémon.

It only took a day after it came out, and I  can officially say I’m obsessed. Although Pokémon Go allows players to capture, battle, train, and (eventually) trade virtual Pokémon who appear throughout the real world, I now know that in reality, it’s an exercise app.

Like many other players have vented online, Pokémon Go is a power hog and will drain your battery life without you even realizing it. Hopefully the game will get an update that’ll solve this power crisis, but for now, bring a power charger during your Poké-Journey. Or maybe a trendy USB battery is worth investing in.

Walking Around The Park

Here comes the exercise part. The only way to catch any Pokémon is to go on a walk! The purpose of the game is to venture into the world and find Pokémon in their natural habitats (like the above train cars turned houses). As in the games and anime, you’ll find certain types of Pokémon at certain locations, for an obvious example, if you’re looking for a water-type go near the water. On top of that, different Pokémon will appear at various times of the day, thus be sure to explore at all hours, though go searching for Pikachu at 2:00am at your own risk. The world that Ash Ketchum ventures is entirely different from ours!

Beyond capturing the different beasts, you’ll want to walk just to incubate your Pokémon eggs – you’ll have to travel a few kilometers jus to get one to hatch and reveal a new, possibly unique Pokémon. However, don’t try and cheat the game by hopping in your car. Pokémon Go uses your phone’s GPS to calculate if you walked the distance or took a shortcut. Thus, if it appears that you’ve traveled faster than a speeding bullet it will limit your distance.

Be Patient and Stay Alert

Overall, Pokémon Go is a fun game that helps you to move while catching a few wild creatures. However, like any new game or app it has its issues – battery hog and server problems chief among them – and it’ll take some time before the developer resolves them. One last note, as you’ve might have noticed when the game loads: Be aware where you step! I nearly missed the sidewalk. [Zuleika Boekhoudt]

(*Before Pokémon Go and After Pokémon Go – As befits any significant social change, we need a new calendar era.)

With the release of a high-profile augmented reality game, I was very curious about the impact it would have on my activity level. If you had asked me three months ago, I would’ve made a claim that I was fairly active. I walked every day, and my job had me on my feet about 50% of the time. Now, due to a career change, I find myself in a very sedentary lifestyle. Couple that with long travel days where I’m sitting for most of the day, and the amount of time I spend walking has decreased drastically in recent months. As you can see from the graph below, on the day preceding Pokémon Go‘s release, I had a pretty measly step count.

It didn’t amount to much in the way of distance either.

I had gotten myself into some low-inertia doldrums, and I was skeptical that Pokémon Go would do anything to fix that. However, in the days since its release, I’ve seen a drastic increase in my step count and the distance I’ve traveled on a daily basis.

When I checked the pedometer, I was amazed at the difference it had made in my daily totals. It wasn’t as if I’d suddenly become a marathon runner, but I easily saw how little Poké-excursions started to add up.

My Day-to-Day Life BPG and APG

Some facts to bear in mind about my lifestyle BPG:

Since using Pokémon Go, I’ve seen the following changes in my day-to-day:

So will Pokémon Go Get You Fit?

The answer: probably. Or at least a little bit, depending on your lifestyle and how you use the game. The game incentivizes you to keep  moving, but beyond the distance you must walk to hatch an egg, there’s no real structure to being active while using Pokémon Go. And it can be dangerous. While tracking down a Zubat (which are everywhere), I nearly walked into an intersection right as the light was changing, and I ruined a pair of new sneakers by stepping into a mud puddle that would put Muk to shame.

Additionally, PokéStops and Gyms add an interesting dynamic to the app. You can ruin your workout momentum by stopping to battle at a gym or by hitting up a string of PokéStops. Lures placed on PokéStops can affect your activity level as well. My wife and I, along with a friend, took a long Pokéwalk but almost certainly negated its salubrious effects by stopping at an ice cream parlor, a boba tea shop, and a bar that all had active lures going. It was delicious fun but probably shouldn’t count as exercise.

With a Little Forethought, You Can Be The Very Best

In short, Pokémon Go isn’t intensive enough on its own to stand alone as an exercise app, and that casual interaction is part of the appeal. For a more serious workout, you could turn Pokemon hunting into interval training and level up along with your monsters. You may not go from ma-chump to Machamp, but even without a detailed workout regimen, the app can get you up and out the door, and if you play with friends (especially with trading and other new features coming down the line) time spent hanging out can easily become active time on an epic quest for Pokémon glory.