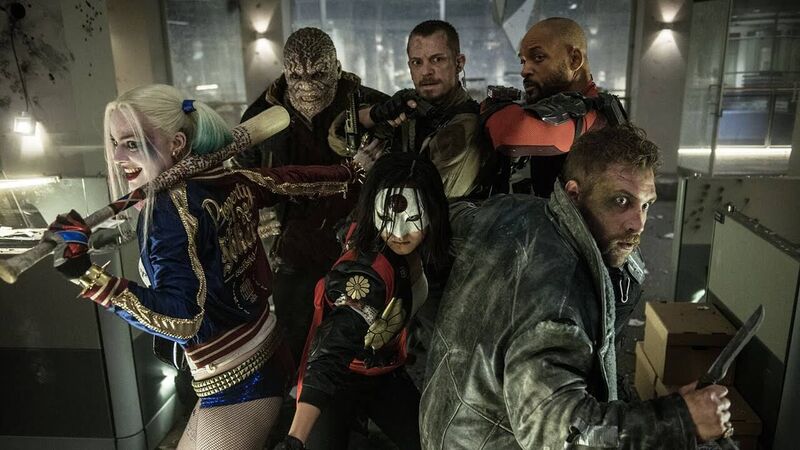 Will ‘Suicide Squad’ End Up Guiding the DCEU?

It’s fair to say that the reception Batman v Superman: Dawn of Justice received was not the one Warner Bros./DC was hoping for. With a painful 27 percent on Rotten Tomatoes and a slew of critical pieces out in the wild, things in the DC Extended Universe aren’t looking too bright. Ben Affleck has even been made an executive producer on Justice League to help steady the ship. He’s reportedly very upset at the backlash to the film, specifically due to his many comments saying that his take on the Caped Crusader would not turn out like his take on Ol’ Hornhead, Daredevil. In Affleck’s defense, he is the best aspect of Batman v Superman: Dawn of Justice, but it’s understandable that he’s taking this one personally.

Thankfully, he’ll be showing up as the Dark Knight later this year in Suicide Squad, giving him a shot at winning some points back with fans. But what’s more surprising than getting two Batman appearances in a year is how fun Suicide Squad is shaping up to be. Director David Ayer is known for a heightened grittiness in his films and Suicide Squad looks like a perfect fit for his sensibilities.

And it’s sounding like the folks over at Warner Bros./DC are starting to see just how much of an impact Suicide Squad is going to have. They’ve already started work on a female-led ensemble piece headlined by Harley Quinn, and the trailers for Suicide Squad have gone over smoother than any of the marketing material for Batman v Superman: Dawn of Justice. Zack Snyder’s DC films have been bogged down by operatic sturm und drang, but Suicide Squad feels poppy and zany. It conjures up more comparisons to Deadpool than it does the DCEU’s Dark Knight.

That could be a big deciding factor for how the DCEU proceeds. Deadpool‘s success shows that audiences are ready for a different kind of superhero experience. The grounded realism and straight-faced demeanor of the Christopher Nolan Batman has finally run its course, and now we’re ready to watch these characters be kooky and have fun. Granted, Suicide Squad doesn’t look like a hippy hugfest — Jared Leto’s Joker is going to infuse the movie with some serious depravity — but you get the sense that these are characters who enjoy what they are doing regardless of the moral issues surrounding them and their circumstances.

Warner Bros./DC are risking it big by trying to launch their universe right out the gate — characters like The Flash and Aquaman won’t get their own solo adventures until after their appearances in Justice League — instead of starting with a steady build. Suicide Squad looks like a better point of entry for general audiences than the expansive and daunting Snyder films. If audiences respond more enthusiastically to Suicide Squad, will it alter the trajectory that the DCEU has set itself on?

I can confidently say this much: Harley Quinn is going to be a breakout character. Margot Robbie has already charmed viewers in the few glimpses we’ve seen of her, and I will not be surprised if she turns into something akin to Tony Stark in the MCU; showing up in various projects to assuage fans that things are on course and bringing a levity to even the darkest of stories. How great would it be to have a female anti-hero as the linchpin of the DCEU? It doesn’t hurt that her universe closely ties into DC’s flagship character (sorry, Clark), making it much easier for her to show up elsewhere.

I want the DCEU to be a blast and Suicide Squad looks like the first real possibility of that desire coming true. The characters and world still have plenty of edge, but with loads of humor to balance it out. With a cast of lesser known heroes and villains to play with, general audiences will be able to slip into the story without having the looming shadow of cultural giants like Batman and Superman to worry about. And if Suicide Squad does take off in a big way, I’m willing to bet that Warner Bros./DC will be reevaluating their game plan with the DCEU.