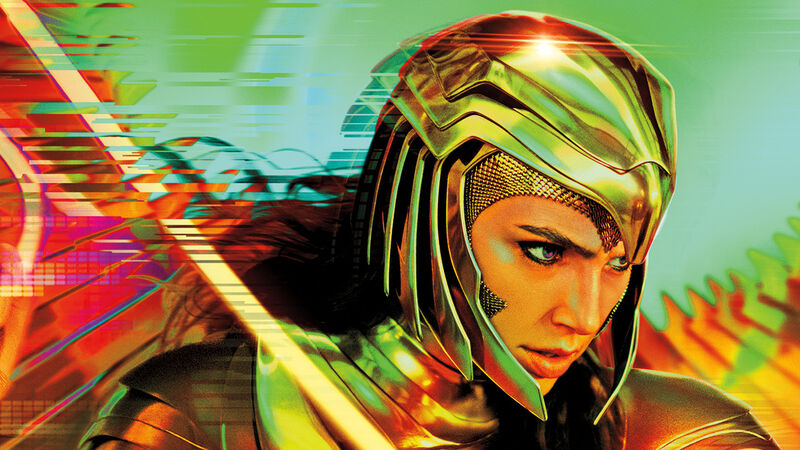 After several delays thanks to Covid-19, Wonder Woman 1984 will be released very soon, with international theaters beginning to play it on December 16 before the film opens in theaters on December 25th in the United States – while also debuting for HBO Max subscribers on the very same day, in a game-changing release plan Warner Bros. is embarking on going into the next year.

Fandom was among the first outlets to actually see Wonder Woman 1984 this week – we’ll have a full review soon on an episode of SJU, though I can say I was very happy with the film – and to speak to director Patty Jenkins and star Gal Gadot about the highly anticipated sequel, which moves the action to the 1980s, as Wonder Woman takes on Maxwell Lord (Pedro Pascal) and Barbara Minerva, AKA Cheetah (Kristen Wiig) .

A MOVIE FOR OUR TIMES

Wonder Woman 1984 was filmed in 2018 and it feels like an understatement to say the film is now opening in the midst of a turbulent time – just look at the way it’s being released on HBO Max at the same time as theaters thanks to a global pandemic for one huge example. Jenkins remarked, in fact, that she had frequently mentioned that we were due for a pandemic, given they tend to occur every 70 to 100 years, and we were now at the 100-year point. And while she didn’t have any way of knowing just how right her musings were, it was clear that one way or the other, while filming WW84, “We were headed towards a lot of problems two years ago when we were making it.”

Setting the film in the 1980s let them depict “a time of prosperity where we were so naïve to what the crisis was ever going to be – and that’s why I had people [in the film] throwing trash on the ground and people who could ‘have it all’ and all the shopping bags. I thought that was a fun [way] to talk about ourselves, where we really are right now, but in the biggest, purest time, where we just believed it would go on forever.”

She added that she felt like in the 80s, the feeling was “America could just be opulent and successful and there was no price. Even though it was super unfair in all these ways, let’s not talk about that. Let’s just keep going forever and let those third world people make those products for us and don’t worry about it.”

LET’S GO TO THE MALL

The first big action sequence in the film takes place in a classic 1980s mall, and Jenkins noted it was quite an experience standing inside it, “Remembering how it felt. The world was just like a playpen. It was all so light and funny and fun and easy. It was so interesting to go back to that feeling.”

That sequence is a notably upbeat and fun one by design. As Jenkins explained, “The way we’re telling these Wonder Woman films, she’s got emotional stakes pretty quickly so the thing I kept saying to the studio and everybody was, after ending the first movie, I’m craving that Spider-Man-like moment where you’re just delighting in your superhero at their best. A lot of superhero movies have those moments at the three-quarter point because they don’t have big emotional stakes, so how they beat the villain is how you get that.”

Jenkins said that given the film’s character beats as it goes on, “We have to open up in this thing so you can just enjoy how amazing she is and how easy this is for her. So it became the place we can do that… I needed there to be that badass, flying around [sequence] – I always loved that part of the Spider-Man movies.”

That mall sequence also served as important character introductory beat for the film’s star, because when we meet Diana in the film, decades after we last saw her in World War I — and in the midst of saving the day — Gal Gadot said, “This is what she lives for. She gave up on making friends because they’re going to find out she’s immortal and they’re going to have to leave and she’s going to have to say goodbye. This is all she has. So honestly, this is fun for her. Like, okay, some people are trying to rob a store and take over a mall? No problem.” Dealing with some common thieves, Gadot said, “She’s dancing. She’s not even fighting. This is what she does.”

As for filming that sequence, Gadot exclaimed, “It was very delightful for me to shoot, to shoot the whole sequence, and even to take over a mall! We took over a mall from the 80s that was standing there and we dressed it completely so you literally feel like you’re back in the 80s and it was super fun to make. “

One key element of WW84 is the return of Steve Trevor (Chris Pine), despite Diana’s great love dying during World War I at the end of the first film.

Without giving away the how and why it happens, Jenkins said that when it came to bringing Steve back, “It happened pretty organically, as soon as I figured out the story.” Jenkins explained that where Diana was “kind of separate from mankind in the first movie, and able to be judgmental,” the sequel finds her on more common ground with them, and the idea of her being able to get back someone she loved so much and then had lost felt key to that aspect of the story.

Jenkins noted they wanted Diana to have the emotional impact of an incredible reunion that she couldn’t fathom happening, and because Steve was so strongly established in the first film, “He became the only silver bullet to tell that story for Diana and that we could experience as the audience. Some theoretical thing from the island or something [like that] we could do, but would we care? We like Steve.”

Gadot said she also loved getting to film the scenes with Chris Pine where Steve is a fish out of water, as a man from another era, and Jenkins agreed, saying, “Steve and Diana walking around all of the Smithsonian was the most fun [to shoot] because we didn’t really have to do anything but walk around, so everything they did, that was just improv-ing, making up great bits.”

CHEETAH TO THE MAX

Regarding the film’s villains, Jenkins revealed a ton of time was spent on Cheetah and how she would look and move, including using Cirque du Soleil performers for some of her acrobatics. Visually, “Every single thing about Cheetah was harrowing from day one until the last day, because I was like, man, if you get this wrong, it’s going to be such a bummer. So what I did, and I’m so glad I did, was I embraced doing extensive R&D right from the start.”

Ultimately, they felt they needed to use as much of Wiig herself as they could, “So there’s a ton of prosthetics. So it’s her real face and her real body, so you’re just doing [digital] elements. But it was super complex.”

As for Max Lord, Jenkins felt humanizing him was key. “I’m incredibly intrigued by the [Bernie] Madoffs of the world and how do you become that guy? For me, it was so interesting that there is the hint of the wound of the person that thinks he’s not worth anything who thinks he has to become this super powerful person in order to be worth anything.”

Added Jenkins, “With all of these characters, the challenge for me is to say, okay, there is the archvillain, or there is the arch-hero. What is the human version of that that is interesting and nuanced? Everybody in the movie is human, struggling, as we are, with these challenges.”