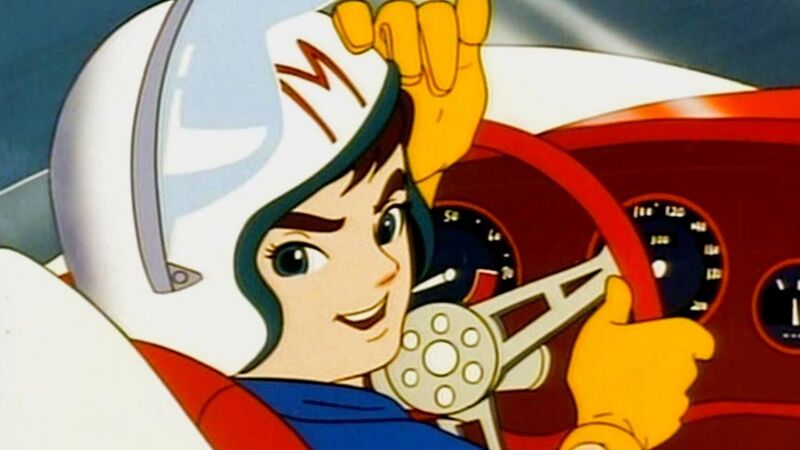 6 Most Infamous English Dubs in Anime

Anime, whether subbed or dubbed, is pretty great. The entertainment medium is so popular today that there are almost too many new anime airing for a single person to follow simultaneously. Dozens of anime premiere each season, but only the best or most anticipated of those receive an English dub.

Today, the localization teams that work on these dubs are great at capturing the spirit and tone of these shows and releasing them in a timely manner. However, back in the early days of anime, the quality of a localization could vary widely and lead to hilarious results. Some older anime — like Yu Yu Hakusho and Cowboy Bebop — contain some of the best performances in the entire medium, while other anime dubs are just bizarre or laughably bad. The six anime listed here have some of the most infamous English dubs to ever air.

In Japan, Ghost Stories is the anime version of Goosebumps. A group of kids takes on different supernatural entities based on folklore and urban legends each week. In the English dub, the kids still battle evil spirits, but become foulmouthed, self-aware, caricatures of themselves. For instance, Momoko goes from being a gorgeous girl with a subtle psychic connection to the paranormal to becoming a born-again Christian who constantly tries to convert her peers.

Ghost Stories did not perform well with viewers in Japan. So, when the series got dubbed in 2004, all the localization team had to do was keep the general plot of each episode intact. This turned recording sessions into improvisational affairs. Voice actors were free to replace lines off the top of their heads, giving the series a tone closer to early South Park than anything else.

This localization method turned the Ghost Stories English dub into an official parody of the series. It transformed an otherwise forgettable anime into a crass laugh riot. The dub is unlike any other in anime and continues to be one of the most notable in the history of the medium.

The 4Kids dub of One Piece is nothing short of a betrayal of the series. Weapons, blood, major plot points, and even entire story arcs are cut out of this localization entirely. Moreover, major characters receive inappropriate and ridiculous accents, and more violent characters become little more than schoolyard bullies. For instance, the 4Kids dub wrongly gave Sanji, one of the protagonists, a Brooklyn accent and replaced every case of the character chain smoking with him sucking on a lollipop instead.

While One Piece targets a more youthful audience, the changes made by 4Kids softened the series to a juvenile extent. Luffy’s fight against the villain Crocodile becomes much less of a desperate struggle when his blood-covered fists are replaced with sweat. Similarly, the exclusion of the Little Garden story arc muddles Usopp’s character arc and hides his motivations for wanting to become a brave warrior.

While the changes present in Ghost Stories‘ localization greatly improve the anime, the changes to One Piece do nothing but diminish the quality of a terrific story. The now-defunct 4Kids was notorious for whitewashing and mollifying the anime it dubbed. This iteration of One Piece was its most egregious localization. Luckily, the superb Funimation dub of One Piece did go back and cover the episodes localized by 4Kids. But this sub-par version of the show will forever leave a bad taste in the mouths of One Piece fans.

Anime dubs from the late ’90s and early 2000s tend to be pretty dorky. Often, they feature characters with cartoonish voices that could never exist in real life. This usually isn’t a big deal, as most anime localized during this period have a campy vibe and lighter tone. However, this one-size-fits-all approach didn’t work for the dark and nihilistic Devilman OVA.

The English-dubbed Devilman: The Birth awkwardly combines a rather serious and grim story about the dangers of war and nuclear arms with lots of overacting and underacting. It’s really difficult to take the story seriously when the protagonist Akira spouts odd profanities, like “holey freakin’ hellfire,” that betray his meek character and the violence happening on screen.

The result is an anime that’s not great but also not quite bad enough to inspire more than a few ironic laughs. This localization is more cringy than anything else, which is a shame since the more recent Devilman Crybaby made clear how much potential lay within this franchise.

Many of the English dubs on this list are so bad or weird that just about every anime fan has heard of them. The Speed Racer dub, though, is so utterly strange and off-putting that it’s mocked and parodied by people outside of the anime fandom. It’s so notorious that even Family Guy made fun of the anime’s line delivery and strange, ill-timed laughter in its very first season. Instead of inspiring future anime series or cultivating a love of the medium in English-speaking territories, Speed Racer‘s dub created stereotypes and negative impressions that continue to plague the medium today.

Speed Racer’s clunky, speedy dialogue is a direct result of the English dub being more of a direct translation than a localization. When localizing anime, you can’t just run the script through Google translate and record what the program spits out. Most languages do not directly translate into another. Often sentences with the same meaning require a different number of words in English than in Japanese. This difference throws off the timing of a dub. If the localization team had tried to capture the spirit of the show instead of attempting an exact translation, perhaps this dub wouldn’t be so infamous today.

Cyber City Oedo 808 is already weird enough without the English dub pushing it into the bizarre. Taking place in a cyberpunk version of 2808 Tokyo, the streets are so rampant with crime and cyber criminals that the police force begins recruiting convicted criminals to arrest the most dangerous threats. Each episode has the criminal police officers take on a different bad guy, like cyber terrorists, rogue cyborgs, and, for some reason, vampires.

This strange combination of genre and setting is pushed even further with the tonally inconsistent English localization. Sometimes a ridiculous line will have a completely straight delivery and other times a hilariously off vocal performance will undercut a serious moment, such as Benten using harsh language to warn his coworker of a vampire threat while remaining completely monotone. No one was precisely sure how to dub anime back in the early ’90s when this was localized. The localization team did their best with the resources available to them.

The production and localization of the original Lion Force Voltron is one of the strangest in anime. Two anime — Beast King GoLion and Armored Fleet Dairugger XV— were heavily edited and mashed together to create Voltron. While some elements of Beast King GoLion remained in Voltron, the story and characters changed to the point of being almost unrecognizable.

The dub removes many of the show’s darker elements, like the annihilation of life on Earth in World War Three, entirely. So, the localized version has a much lighter tone than its Japanese counterpart. Also, Voltron, known as GoLion in the subbed version, loses his personality and sentience in the English dub. Originally, the robot was transformed into five lion robots as punishment for offending a deity. As a result of changing this, we lose some fascinating lore and the overarching redemption narrative from the localized program.

Of course, Voltron contains many of the peculiar edits found in dubbed anime at the time. Character deaths became career-ending injuries, and each character drops their Japanese name for a Western one instead. The most remarkable part of this localization, though, is how it launched an entire franchise. A mishmash of two different anime, Voltron shouldn’t be as popular as it is. However, the hodgepodge property unbelievably went on to become the acclaimed Voltron: Legendary Defender.