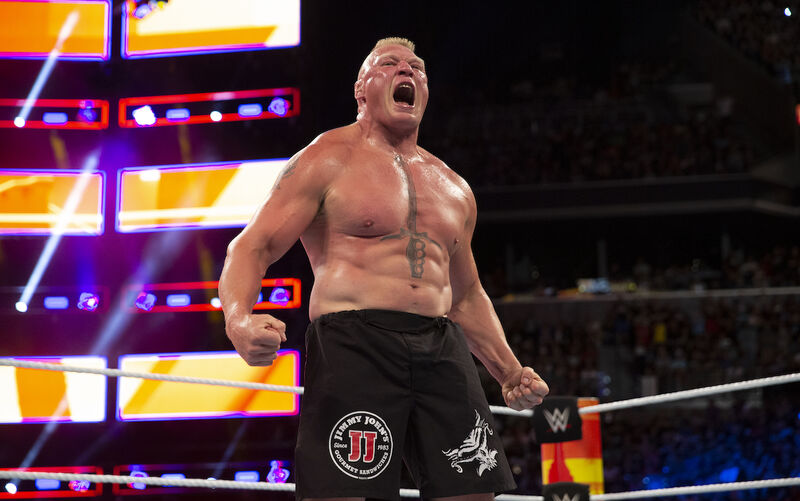 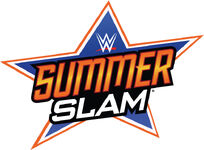 Avengers: Endgame and Spider-Man: Far From Home aren’t the only blockbusters blasting away the competition this season. WWE’s “Biggest Party of the Summer,” SummerSlam, will be coming to us August 11, live from Scotiabank Arena in Toronto, Ontario, Canada, as the world’s top Superstars battle for supremacy inside the squared circle.

As real-life superheroes, these cagey competitors will face off in fights pitting good against evil, noble against notorious. Much like how Marvel’s courageous crusaders protect the world from nefarious plots of super-villainy.

So what we’ve done here, in preparation for SummerSlam, is break down these hotly-anticipated matches based on which Marvel character each WWE Superstar best represents. Maybe by analyzing each bout through the lens of clashing comic book warriors, we can figure out who’ll be the ultimate victor?

Back at WrestleMania, Seth Rollins truly burned things down when he used his quickness and fiery intensity to knock “The Beast” Brock Lesnar off the top of the mountain. Now that Lesnar has reclaimed the WWE Universal Championship, the question is whether Rollins will once again fly rings around Brock and repeat his big ‘Mania win.

Lesnar’s dominant and destructive style in the ring is not unlike Juggernaut’s barrage of brute force and sheer strength. All Brock has to do is charge forward and his foes are all but done for. Rollins’ ability to traverse that ring, similar to how Johnny Storm can create a chaotic web of flames, probably won’t be enough to catch the Beast off his game a second time.

Becky Lynch’s tenacity, ability to see all threats coming and ring gear makes her the perfect Jean Grey. And right now, like Jean, she’s seemingly unbeatable. But will she be able to rise from the ashes, a la Dark Phoenix, and hold off a ring veteran like Natalya — in Natalya’s home country of Canada, no less?

Natalya, like Tigra, is the perfect combination of know-how and aggression, science and savagery. Tigra, being a scientist-turned-warrior, matches Nattie to a T. And being half-cat is just icing on the cake! But even having the home-court advantage in Toronto might not be enough to upend the energy emitted by “The Man.”

Bayley’s loyal and trustworthy demeanor works to hide an unmatched ferocity, and it’s been many an enemy who’s underestimated her and lost because of it. But while Bayley easily reminds us of Marvel’s nutty-but-not to be messed with Squirrel Girl, she may have sealed her own doom when she offered the hungry and hyper-talented Ember Moon a title shot at SummerSlam.

Enigmatic, other-worldly, and devastating, Ember absolutely crushes it as the Gamora of the SmackDown women’s division. But can she use that severity to seize this once-in-a-lifetime opportunity? Most likely, it’ll be Bayley who catches Ember off guard with an all-smiles, good-natured butt-whooping.

Could Kofi’s game-changing reign as WWE Champion, which began back in April at WrestleMania, come to an end when he’s pitted against “The Viper” himself, Randy Orton? These two have a heated history that reaches back over a decade, and it’ll be Kofi’s toughest challenge yet when he goes toe-to-toe with the Viper.

Kofi’s heart, athleticism, and African roots pair him easily with Wakanda’s king, T’Challa – the Black Panther himself. But can Black Panther unleash a righteous reckoning on the likes of – say – Loki, the God of Mischief? Randy Orton’s ruthless ways and conniving plots are designed to get under his opponents’ skin as well as dig deep into their minds. Given his family’s legacy in wrestling and his own ill-gotten gains inside the ring, Orton seems poised to topple the current ruler of the ring.

Like the metal-manipulating mutant Magneto, Shane McMahon just thinks he was born better than everyone else. And just like Magneto, Shane has surrounded himself with a brotherhood of like-minded thugs, determined to carry out any and all of his dastardly plots and plans. All to prove that he is – yes – the Best in the World.

But what happens when Magneto is confronted by the Merc with the Mouth, the relentless and un-killable wise-crack machine Deadpool? Because that’s the type of torture Kevin Owens is currently unleashing on Shane-O-Mac. He’s assaulting WWE’s boastful bully with a cunning combination of snark and Stunners, and we think it’ll be more than enough to send the Best in the World crashing down to Earth at SummerSlam.

Just from looking at Finn Bálor, you might not think he’s the kind of competitor who can annihilate a being of pure chaos and evil. But, much like Matt Murdock, there’s more to Bálor than meets the eye. As an Extraordinary Man Who Can Do Extraordinary Things, Bálor soars through the air like Man Without Fear and as WWE’s resident Daredevil, he’s got a date with destiny when he collides with Bray Wyatt.

But Bray Wyatt’s new form, The Fiend, is not to be trifled with. Unhinged and unpredictable, The Fiend has started delivering terror and pain to random Superstars on a weekly basis. Much like the Green Goblin, The Fiend can strike at any moment, from any place, and there’s no telling what he has in store for Bálor at SummerSlam. Most likely, this Pumpkin Bomb will spell out doom for Bálor.

Just when storied veteran AJ Styles thought his spot was safe, along comes the new kid on the block, a hero who can match him move for move, to challenge Styles’ empire of excellence. Ricochet’s expert agility and innovative offense has quickly made him a fan-favorite. And just like Spider-Man, he’s out to battle injustice and fight for the little guy. But will Ricochet’s youth and penchant for risk-taking take him out of this fight for good?

Styles is a legend who never misses his target. He’s the Bullseye of WWE, landing his strikes and moves with poisonous preciseness. His marksmanship, plus his backup in the form of Gallows and Anderson, all but assure victory at SummerSlam. Fear not though, Ricochet, like Spidey, is almost impossible to put down for good. He’ll survive to thrive another day.

It’s wholly possible the ring won’t even be able to contain this cosmic clash as Hall of Famer Trish Stratus returns for some Stratusfaction and one more match against “The Queen of All Eras” Charlotte Flair.

Stratus, whose pioneering talent and ability to triumph when it counts all but transforms her into the WWE’s own Captain Marvel, must contend with the dire determination of Charlotte. Claiming that greatness runs in her blood, Charlotte’s boasting is backed up by big wins and multiple world title runs. Much like Norse goddess Hela’s dreaded desire to expand her power and claim all of Valhalla, Charlotte’s ambition knows no bounds – and come SummerSlam it may eclipse Captain Marvel’s feisty fury.

Supremely talented and resentful describes both Dolph Ziggler and Doctor Doom. With a weighty chip on his shoulder, “The Showoff” is always out to prove he’s better than everyone else and his massive ego pairs him nicely with Marvel’s resident megalomaniac, Victor von Doom.

Because so much is on the line, and Ziggler has so much to prove, could this spell out “Doom” for Goldberg? As an iconic triple tough competitor, Goldberg is so impervious to pain that it almost seems like he’s made of metal like the X-Men’s Colossus. Once he steps through those ropes, with his organic steel skin, nothing can faze him, and he’ll be too much for Ziggler to overcome.

Drew Gulak’s mat expertise are almost unrivaled. He’s as smart as he is dangerous inside the squared circle and, like the X-Men’s resident genius, Beast, he absolutely loves to study his opponents, crack their code, and exploit their weaknesses.

But Oney Lorcan comes with with a hard shell, a fighting spirit, and an arsenal of hard-hitting haymakers. He loves to deliver damage and isn’t afraid to get hurt in the process. Like Punisher’s enduring mission, to inflict pain on those who skirt the law, Lorcan’s own credo is to crush his adversaries. Unfortunately for Oney, Drew’s aptitude for picking apart whoever gets in his way will win the day.