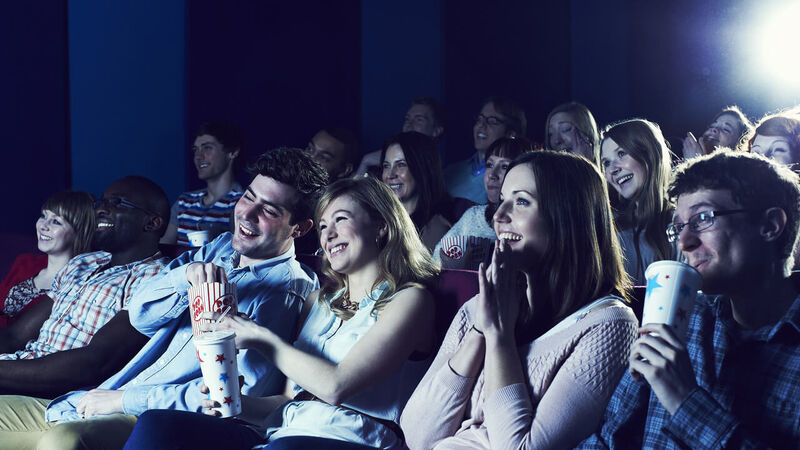 Well, most everyone likes movies. But let’s say you like movies more than the average person. You’re a fan. Great! Me too.

What’s the platonic ideal of film distribution? From the perspective of a moviegoer, I imagine it goes something like this: you hear about a movie through a friend, family member, or publication. You see a lot of effective marketing for the film, and you know the release date. Maybe you hear some critical buzz. Then the day arrives when you can see the movie, and sometime in the next few weeks, you decide whether or not to see it.

That’s roughly how most Americans go (or want to go) to the movies. But when you go to the movies nowadays, what do you see? Lots of franchise filmmaking. Some of it great, some of it not. There are a lot of sequels. There are remakes and reboots. There are lots of comic book superhero movies. Video game movies, app movies, emoji movies… I hear a lot of grousing about this, about how there isn’t enough original content at the cinemas these days. While I can understand why some fans might feel that way, the time has come for all of us to realize that by subscribing to this “platonic ideal” of seeing movies, you are missing loads of great new original films. Variety is out there. It’s just harder to find.

Like I said last week, there are more films being made today than ever before. And with the help of the internet, you have a level of access to these films that is unprecedented in its convenience. That’s the good news.

The bad news is that the sheer amount of new original content is overwhelming, and most of it is poorly marketed. A wide release film can spend untold millions on marketing to make sure you know when and where to see it. Smaller films often don’t have access to that kind of marketing. And yes, while access to new original content is very convenient, it’s also very fragmented. The platforms and methods for distribution are numerous, and sometimes it can be hard to know where and when to see cool new movies.

In addition to standard wide release theatrical distribution, there are limited and rollout theatrical releases to consider. This distribution model is typically reserved for arthouse, independent, and foreign films with the potential to win awards or become sleeper hits. Most of you know that a bunch of Oscar hopefuls get released in late December in New York and LA, but don’t make their way elsewhere until mid-January. That sort of rollout release is becoming more and more common throughout the year, especially with films from distributors like A24. They’re the folks that distributed Ex Machina, The Witch, Green Room, Spring Breakers, and many more interesting little gems.

What’s become customary for films from A24 and other boutique distributors is that they roll them out over the course of several weeks. A rollout release allows time for word of mouth and critical buzz to build. It also keeps small movies in theaters for longer. The first week, a film of theirs will hit New York and LA. The next week, a bigger handful of major cities. The week after, the film will expand nationwide. But this information isn’t easily conveyed in trailers or TV spots. You’ve got to hunt it down on the distributor’s website, the official movie websites and social media accounts, or news sources. That way, you won’t be checking Fandango in vain when a great movie doesn’t show up in your theater during its first or second week of release. The bottom line is that it’s your responsibility to find out when they’re coming to your town.

Another way to find new original movies is on the web through Video on Demand (VOD) platforms like iTunes, Netflix, Amazon Prime, Google Play, Vimeo, Vudu, Xbox Marketplace, Playstation Store, YouTube, or FlixFling. Every week, there are handfuls of brand new original films that arrive on these platforms. Some of the movies that debut on VOD will show up in theaters, too. Take High-Rise, for instance: it’s an entirely bonkers movie unlike anything many of you have ever seen, and it showed up on most of those VOD platforms I mentioned weeks before it started rolling out into arthouse cinemas in the US. Heck, it’s still rolling out. Meanwhile, you can just rent it in glorious 1080p.

(You could pirate it, too, but you shouldn’t do that. Support the kind of movies you like. Don’t steal them and then wonder why they’re disappearing from cinemas. Quit pirating stuff and vote with your dollar.)

But where do you find out about smaller releases if they’re not marketed like blockbusters? Well, that’s where people like me come in. I try to make it my duty to talk about smaller films when I can, especially when I think the Fandom readership will enjoy them. But smaller films aren’t really our focus. So again, it’s up to you to find a news outlet that writes about smaller films like The Neon Demon, Green Room or High-Rise or the upcoming film where Paul Dano rides the limp, farting body of Daniel Radcliffe like a jet ski. That’s a real movie. It’s called Swiss Army Man, and A24 is gonna roll it out into theaters starting June 24. You should think about seeing it.

But if you’re unsure to begin with all these smaller releases and VOD films, here’s what I recommend: check out the Recent Discoveries page of the iTunes Movie store every Tuesday and Friday. That’s a start. The next steps will come next week, in part three.