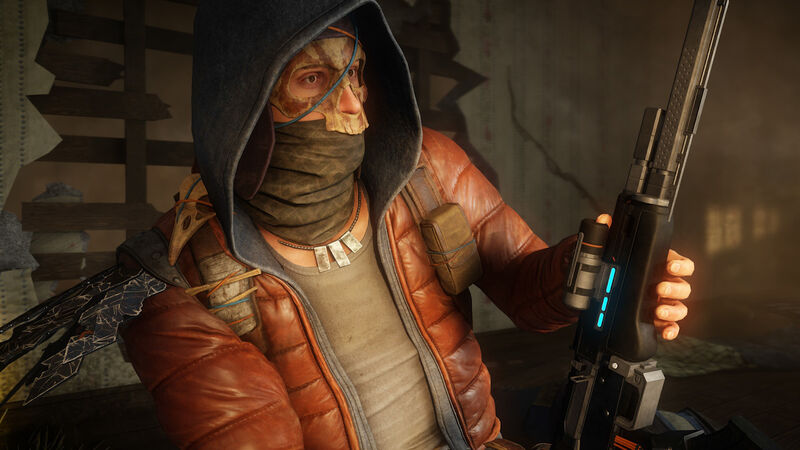 The PC gaming show is something of the new kid at E3. While the big publishers have been hosting their own conferences for years, PC-owning gamers have sadly gotten used to getting the cold shoulder. Or they used to anyway. Back in 2015, PC Gamer decided to change that, hosting their own E3 conference for the first time.

Now in its third iteration, this year introduced the gaming population to a ton of intriguing-looking indies as well as shedding more light on some bigger titles.

So what did you miss? While we’re not going to cover every game shown in the extensive conference, here’s a breakdown of the show’s top 10 highlights.

While PC owners used to miss out on a lot of Japanese gaming goodness, SEGA has been trying to change that. At E3 this year, the Japanese giant doubled down on Eastern PC classic, announcing a slew of Japanese titles for PC. Shenmue 1 & 2 led the pack, with Yakuza also announced to be making its way to PC for the first time with entries Yakuza 0 and Kiwamai.

SEGA’s beloved strategy series Valkyria Chronicles 4 will also be marching its way onto Steam as well as niche RPG Shining Resonance Refrain. It’s a good time to be a PC gamer.

Ever wondered what it would be like to drive a taxi in a Blade Runner-like dystopia? Well, this indie will tick all your weirdly-specific boxes. This striking-looking cel-shaded indie sees players driving passengers around in what can only be described as a futuristic Uber simulator.

With dialogue options available with passengers, an intriguing mystery about a missing friend, and a mysterious shady organisation corrupting the city, Neo Cab looks like a wonderfully unique little indie experience.

While most of the gaming world seems to have already ended its brief love affair with VR, it looks like nobody told Insomniac Games. The studio working on the amazing-looking Marvel’s Spider-Man on PS4 is also hard at work on another hugely ambitious game — Stormland. In a first, this is a sci-fi open world VR game.

In it, players find themselves exploring a planet as a damaged robot. With strange enemies out to get you, the goal is to find parts and piece yourself together. Details are still pretty vague, but the intriguing trailer gave us a glimpse at flying and climbing sections and a ton of combat. Outside of a few titles, it looks like most developers have abandoned VR.

With no other studio daring to create an open world in virtual reality, Stormland is definitely a game to keep an eye on.

Maneater Is an Open World Shark-‘Em-Up

Ever thought Jaws would be better if the shark was the hero? Well, then Maneater is definitely the game for you. In possibly one of the most bizarre reveals of E3, developer Tripwire Interactive announced that it’s working on an open world shark game. This Jaws-esque chomp-’em-up sees players taking control of a shark and devouring as many humans as possible.

This self-proclaimed SharkPG sees players upgrading their shark’s teeth and unlocking new skills (yes, really). It all looks wonderfully ridiculous. Count us in.

Is Star Citizen EVER going to come out? While we’re still not convinced this ever-expanding sci-fi epic will actually see the light of day, the PC gaming show offered us a juicy new look at the repeatedly absent game anyway.

This new trailer showed us Star Citizen entering its Alpha 3.2 phase. Teasing some cinematic-looking combat and some pretty spectacular vistas, the long-awaited RPG looks just as tantalising as ever.

With COD and Battlefield already jumping on the PUBG bandwagon, E3 2018’s most popular genre gets yet another showing. This ambitious battle royale game boasts up to 1000 concurrent players. With both first and third-person combat on offer and Destiny-like persistent open world hubs, this looks to offer an interesting MMO-twist on an increasingly crowded genre.

In one of the more unusual announcements of the show, we saw the return of a popular Skyrim mod. This award-winning mod is being transformed into a standalone gaming experience, utilising the power of the unreal engine to give players a richer world.

Revealed in a blink-and-you’ll-miss-it clip at Microsoft’s E3 conference, this intriguing little indie got a more fleshed out showing at the PC Gaming show. Featuring a gorgeous art style and an intriguing, Journey-esque atmosphere, this is one indie we can’t wait to see more of.

Forget open worlds, this is a space exploration RPG set in an open universe. In Star Control, players can explore thousands of planets and land on each and every one of them. Featuring a unique Dreamworks-esque art style, players look to meet an intriguing cast of alien characters as they discover Star Control’s unique story. You can even build your own ship and take it online to battle other space pilots. It reminds us a bit of Star Citizen, except this might actually be finished eventually.

This Lovecraftian adventure channels Gamecube classic, Eternal Darkness. Tasked with investigating some spooky goings on, players have to track down clues without the aid of quest markers — and pay careful attention to their sanity meter. Developed by Sherlock Holmes studio Frogwares, this open world tale is set in 1920s America. This interesting-looking horror isn’t about combat, with the player expected to flee from the game’s sleep-bothering terrors.