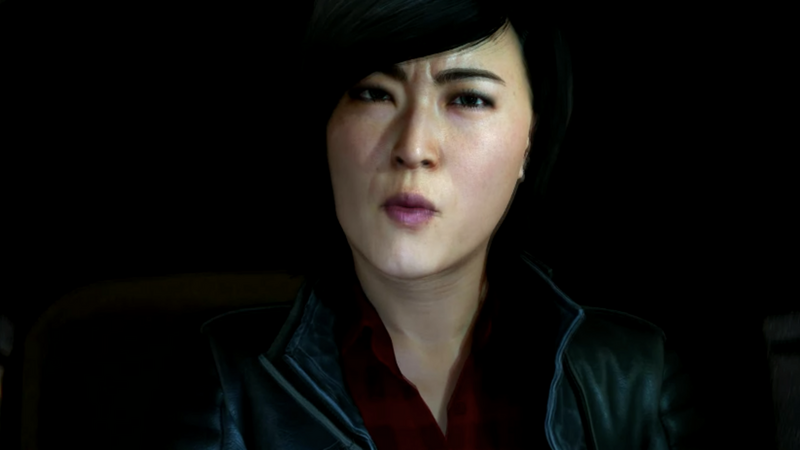 Two years ago, we learned that Insomniac Games was developing Marvel’s Spider-Man for the PlayStation 4, and the game wall-crawled into all of our hearts. But, of course, the trailer we saw back then wasn’t enough. We needed to know more, and tonight Sony delivered at their E3 conference, revealing new characters and gameplay.

However, there is one lesser-known character from the Spider-Verse who fans have questions about: Yuriko Watanabe. Here are five things you need to know about Spider-Man’s latest sidekick.

She’s No Stranger to Vigilantism

In the comics, Yuriko becomes a celebrated, high-ranking police officer like her grandfather. However, when she encounters the villain Massacre, Watanabe loses faith in the criminal justice system and herself. The experienced officer tries to negotiate with Massacre to save the hostages that he’s taken at a downtown bank. But Massacre doesn’t release the hostages. He kills one as an example and then sets off a bomb that kills seven more. Powerless to stop him, Watanabe relies on Spider-Man to resolve the problem, but unfortunately, Massacre shoots the web-slinger, who had lost his spider-sense, and so the villain escapes.

The next time Massacre takes hostages, Yuriko arrives at the scene to discover that Chief Pratchett was put in charge of resolving the situation. The realization that she was useless in this situation and the one who was at least partially responsible for the death of her friend Jean DeWolff, causes Yuriko to become a vigilante. After all, it was a pair of vigilantes who brought Jean DeWolff’s killer to justice, not the police.

Yuriko fakes an accident at the evidence holding facility to steal Mysterio‘s technology, Mr. Fear‘s fear gas, and Jean DeWolff’s mask without attracting suspicion. Using these items, she becomes the Wraith, a costumed vigilante working to strike fear into New York’s criminal organizations. (And an identity formerly owned by a criminal.)

With Spider-Man seen on the ropes at the end of the trailer for Marvel’s Spider-Man, Yuriko may be just what he needs to gain the upper hand.

These days a hero isn’t a hero without a well-informed support character. It’s clear from the trailer footage that Spider-Man will work closely with Yuriko throughout Marvel’s Spider-Man. She is in constant communication with our web-slinging hero, giving him the locations of villains and any other intel she can gather. This doesn’t stray too far from her comic book backstory, where she frequently works with Spider-Man to take down New York’s various villains.

In the game, however, it appears she will be more of a Jim Gordon/Oracle hybrid, playing the role of police informant while simultaneously providing Spider-Man with crucial intel. In the trailer, she even manages to get the security cameras at the Raft back online. So, it seems she’s a bit of a hacker, which is markedly different from her comic book persona.

With Yuriko at his side, one might think that Spider-Man is unstoppable. But the trailer makes it clear that Yuriko’s intel can be flawed. We see that Electro has already taken over the Raft, despite her claims that everything was secure. Could Yuriko be getting her intel from an unreliable source, like Mr. Negative?

It Pays to Be Well-Connected… Sometimes

In the comics, Yuriko is well-connected to several characters, including Carlie Cooper, one of Peter Parker’s love interests. We know that Mary Jane is in this game, but Yuriko’s inclusion could also mean that a new love interest is on the horizon. After all, the writer for Marvel’s Spider-Man, Jon Paquette, has already confirmed that although the two have dated on and off for nearly a decade they haven’t spoken to each other in six months by the time the game’s story begins. Seems like the perfect moment for Carlie to test the strength of their bond.

But Yuriko’s inclusion doesn’t just mean new love interests. It raises some questions about crucial plot points, like her relationship with Mr. Negative. In the comics, after being blamed for Tombstone‘s release and Detective Rangel‘s coma and subsequent death, Yuriko again loses faith in the system and takes on the Wraith mantle.

Desperate and reckless, she follows leads that Mr. Negative gives her about crimes happening in New York. But, in reality, the villain uses Yuriko to take out his enemies. The dark path that forms from their relationship leads Yuriko to snap the neck of one of Mr. Negative’s men. An action that she felt freed her true self.

She could form a similar relationship with Mr. Negative in the game. Perhaps, one that’s more sinister than before.

Who Needs a Secret Identity?

Despite Yuriko’s experience as a cop, she’s terrible at covering her tracks as the Wraith. In fact, two people discover her secret identity thanks to her reckless behavior. She constantly revealed her “face” to her targets to convince them that she was the ghost of Jean DeWolf returned to Earth as a wraith.

This constant unmasking led Carlie Cooper to suspect that Yuriko was the Wraith. She tracked Yuriko’s movements during her vigilantism using a cellphone. Using infrared technology she confirmed that the Wraith wasn’t a ghost, but rather  Yuriko Watanabe.

Later in her arc in The Amazing Spider-Man, Mr. Negative reveals that he knows her secret identity as well. He noticed that every time he gave Yuriko a tip, Spider-Man and the Wraith would act on it. Considering how bad she was at concealing her identity, it’s no surprise that Watanabe eventually disappears altogether. She takes her mask with her and leaves her suit behind. Maybe Yuriko will have better luck in the game.

In the Marvel’s Spider-Man trailer, it appears that Yuriko will be an extra set of eyes for our hero. She provides helicopter support and keeps him informed about his enemy’s movements and whereabouts.

However, in the comics, once she becomes the vigilante Wraith, she becomes more than an informant. No longer wishing to be left behind, Yuriko manufactures a suit that grants her abilities on par with Spider-Man’s, including wall-crawling and the ability to swing about.

Not only is the suit bulletproof, it also allows her to use Mr. Fear’s fear gas at will. The gas, which Mr. Fear used to induce fear and panic in his enemies, pairs perfectly with her prehensile tentacles and polygraph sensors. Once restrained and full of the gas, Yuriko has the ability to get crucial intel or confessions from her targets.

In addition to the gas, she can also release a corrosive mist and even had facial recognition technology embedded in her mask. She uses this technology to discover the secret identity of The Negative Man, one of the main villains in Marvel’s Spider-Man. Perhaps, her abilities will be useful in identifying the mysterious sixth villain hinted at in the trailer.