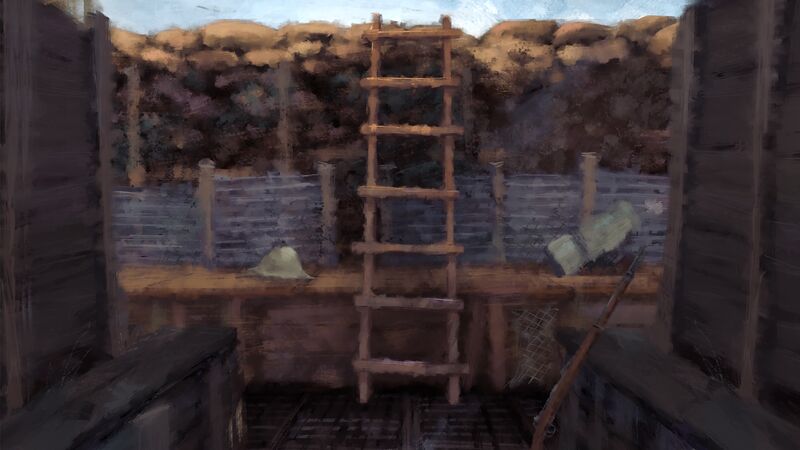 In news we didn’t think we’d be writing, acclaimed British animation studio Aardman Animations has just announced its first proper video game. Having built a name for itself making family-friendly films like Chicken Run and Early Man for its first big-budget video game, 11-11: Memories Retold, it’s trying something rather different.This time around, Aardman has swapped its trademark claymation aesthetic for an eye-catching water-colour art style. It’s also traded its usual frivolous hijinx for a more artistic and altogether tragic tale.

Set during World War 1,  11-11: Memories Retold is a narrative-driven adventure that publisher Bandai Namco Entertainment promises will take players on “an emotional journey”.

Needless to say, it’s a bit of a shift for the studio. Eager to find more about this intriguing new collaboration with game developer Digixart we spoke to Aardman’s senior Producer George Rowe.

As a studio that’s consistently used cinema to tell its stories, what made you want to tell this one through a game?

It’s something we’ve wanted to do as a company for a while. Aardman are passionate about storytelling in all its forms, and games let you tell these stories in a different way to a more passive format like cinema. Because the viewer has agency inside the world, you can create different emotional hooks, you can force them to make decisions, and then experience the consequences of those decisions. We’ve been making games of a smaller scale for about 10 years now, and it’s great to be able to develop what we have learned with a partner like Digixart.

Tonally, it is different to our most well-known work, but the most important thing to Aardman is telling emotional stories with interesting characters, and that is what 11-11: Memories Retold is all about.

Given DigixArt’s background, can we expect this to be a mobile game?

The game will be released on console platforms and PC. We do not want to go into the specifics for now. The game will be of greater scale than what Aardman and DigixArt have worked on respectively.

To Aardman fans who might not be gamers, why should they check out 11-11: Memories Retold?

I would say anyone who is interested in great storytelling, or is wondering whether games should be considered an art form like cinema (hint: they should), or want to immerse themselves in one of the most important events in recent history, should definitely check it out!

A release date has yet to be announced for 11-11: Memories Retold.