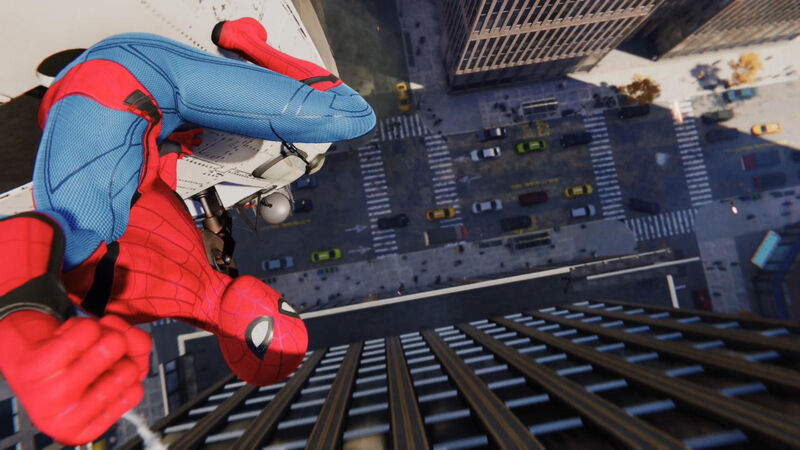 All of ‘Marvel’s Spider-Man’ DLC is Set in Manhattan

New York City is a pretty amazing place — and not just in the real world. Over the years we’ve had countless opportunities to explore the virtual New York in all kinds of states. Whether it’s being satirized in GTA, completely devastated in The Division or thrown into a state of super villain-filled chaos in the Spider-Man titles.

Spider-Man is, of course, a hot topic at the moment. And brilliant developer Insomniac Games (Spyro the Dragon, Ratchet & Clank, Resistance) has pulled on the famous red and blue suit, and is gearing up for the launch of Marvel’s Spider-Man. And there’s no points for guessing where it is set.

Indeed, few names are as synonymous with New York City as Spider-Man. From the get-go, way back in 1962, Spidey has been slinging his webs through the towering skyscrapers and ensuring the city’s supervillains are kept at bay.

It’s a unique way to explore the iconic metropolis. We’ve played the new game extensively and Spidey is armed with all his beloved tricks and more. Swinging down the city streets is a visceral thrill and the controls stay well out of the way, making it all feel fluid and fun. Spidey is incredibly agile, able to run up vertical walls, pull himself to little perching spots and flip up and over any obstacles.

The visual polish is incredible. Everything is super bright and shiny, and even from a great height, you can spot the everyday people of New York driving their cars and walking the sidewalk as they go about their days. There perhaps aren’t as many collectables or destructible objects here as we’ve become used to in other games, but Spidey’s Manhattan is still a big place with lots to see and do. And it looks like it’s about to get bigger, thanks to Marvel’s Spider-Man DLC.

The Island of Manhattan

The entire Marvel’s Spider-Man experience unfolds over the island of Manhattan. However, you don’t have to climb to the top of the highest building to see the greater world beyond that. Barges patrol the nearby waters; the Statue of Liberty stands to attention out in the harbour; Brooklyn and the other surrounding neighbourhoods can be seen.

But they can’t be reached.

You can swing your way out past the water’s edge and even jump in if you feel like it. But spiders aren’t good swimmers it seems. All Spidey can do is thrash his way back to Manhattan and scramble back up to safety.

If you climb up onto one of the bridges, or parkour your way over the traffic, you won’t make it to the other side. About halfway across the game reminds you of your responsibilities back in Manhattan and turns you around, tantalisingly close to seeing the next neighbourhood. But it’s just out of reach.

Maybe it’s there so it can be used in the DLC?

The City That Never Sleeps DLC

Insomniac Games has been straight-up with its plan for Marvel’s Spider-Man DLC since well before the game’s release. Similar to what we saw Nintendo do with The Legend of Zelda: Breath of the Wild, there are multiple parts to this DLC plan that can be bought individually or for a discounted rate.

Called The City That Never Sleeps, the DLC is broken into three chapters, adding in new missions, characters, villains and outfits.

The first has been detailed and will be out on October 23. It’s called The Heist and stars Black Cat (aka Felicia Hardy). The story is under wraps other than the fact she brings a new faction of enemies with her into the action. The Heist is followed in November by Turf Wars, and in December by Silver Lining chapters.

But FANDOM can confirm that none of the action from any of this DLC will explore the greater New York region.

We recently sat down with James Stevenson, community director at Insomniac Games, to talk about his upcoming game. He told us proudly of how this was the first Marvel game ever to get the company’s seal of approval, and also that the company would consider doing another Marvel game in the future. He spoke of Spidey’s chances of exploring beyond Manhattan.

“Those things you can see off the Manhattan Island – like the Statue of Liberty and the rafts moving about the harbour – are not fully built out. So they can’t be used in future DLC. They are there because it wouldn’t feel like New York without them. He can’t really get there anyway: there’s no buildings to attach your webs to [for swinging] and Spider-Man doesn’t like to swim very much.”

“It was definitely something we thought about because we didn’t want a situation like Grand Theft Auto where it tells you the bridge is out as that is weird. It’s more that Spider-Man doesn’t want to ditch his responsibilities in Manhattan. So all the future content for the game, which has been announced, will be set within the Manhattan Island.”

So, there it is gamers, confirmation that all the planned DLC story content will unfold within the same Manhattan playground made available in the base game. There is of course the chance – and even likelihood – that new builds or areas within Manhattan will open up. But Marvel’s Spider-Man isn’t going to expand beyond that.

Shame: we wanted to parkour our way up the Statue of Liberty. Maybe next time?