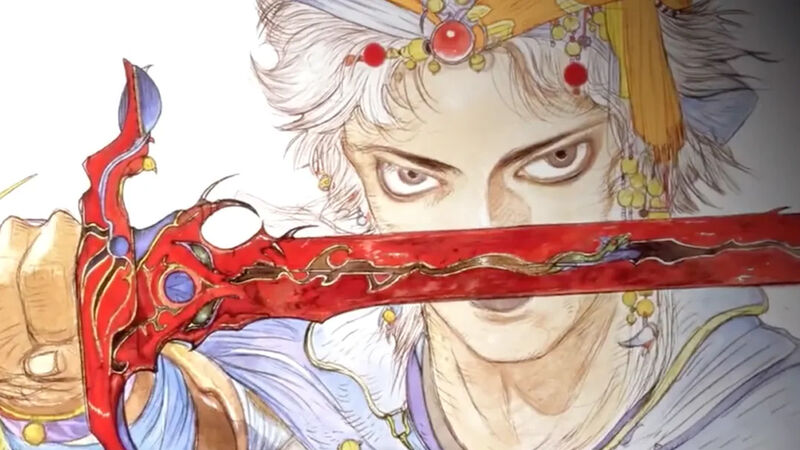 The 10 Best 2D Sprite Games of All Time

With Square Enix’s recent annoucement that they’d be releasing pixel remastered versions of the first six Final Fantasy games, it seems that the nostalgia for 2D sprite games is at an all time high. Not only are 2D sprite games reminiscent of a simpler time for video game graphics, but they allow you to appreciate how game developers have build on their foundation in future game installments.

Here are my personal picks for the 10 best 2D sprite games:

Released in arcades in 1996 and on home consoles in 1997 and 1998, X-Men vs. Street Fighter would be the first installment in the Marvel Vs. Capcom series. Featuring a crossover of Marvel’s X-Men characters and Capcom’s Street Fighter characters, players could have characters from one or both franchises team up in tag battles.

Graphically, the sprite animation for the characters was vibrant and fluid. The backgrounds for the battle stages weren’t too shabby, even if players might be too focus on playing to notice them. As a whole, the graphics made you excited to do each character’s special attack and have fun beating the CPU or another player.

Originally a Japan-exclusive game known as Dragon Warrior V, this JRPG was released for the Super Nintendo in 1992.  Although it would be remade for the Playstation 2 in 2004, it wouldn’t receive an English release until its Nintendo DS remake in 2009.

Dragon Quest V features a silent male protagonist and follows him from his childhood to adulthood as he goes from traveling with his father as a boy to raising a family of his own. This game is notable for a few features that would influence other games, such as the ability to make monsters allies and a character having a playable pregnancy.

In addition to its Nintendo DS remake, Dragon Quest V was released on Android and iOS in January 2015. Graphics-wise, the mobile port allows them to shine; the 2D sprites in the 3D environments are visually stunning to look at. Although the mobile port only allows you to play in portrait mode, you can tap the right virtual joystick to get a 360-degree view of where you are, which comes in handy for doors you may not be able to see at first glance.

Released in 1995 for the Super Nintendo and often hailed as one of the best JRPGs of all time, Chrono Trigger is an epic sci-fi/fantasy adventure featuring six playable characters from different eras in time. Chrono Trigger tells the story of a seemingly mismatched group of people who must stop an ancient being from bringing about the apocalypse.

Visually, Chrono Trigger is fantastic for a few reasons. The sprites are notably lively—you can see them act and react to certain situations as the storyline progresses. You can watch them spring into action to perform individual moves and combo moves with two or more other characters through the use of skills known as “Techs,” as well as the Active Time battle system.

When it comes to the best version of Chrono Trigger, the Nintendo DS version is the way to go (though it is hard to find nowadays). Not only are the graphics enhanced, but the translation is improved, the music sounds grander, and you have the option to “run” from battles if you need to. There are also enhanced cutscenes, new areas, and dungeons not present in the original.

This Nintendo DS action RPG game was released in 2008 in Japan and 2009 in the United States as two different versions: Black Ace and Red Joker. While the premise of both games remain the same, each game featured an exclusive transformation for its protagonist, Geo Stelar. The game features Geo (as Mega Man) battling viruses in a digital “wave” world, as a mysterious figure causes personal A.I. wave beings to go rogue.

Even though it’s the criminally underrated final entry in a criminally underrated game series, this game goes out with a bang. The player can freely explore the physical world’s isometric maps as Geo Stelar while looking for viruses and getting to know the game’s charming cast of young characters. However, the digital wave world is especially fun to explore thanks to its neon roads and environments, as well as its 3D grid battles in which the player could us cards with unique abilities.

If you don’t like platformers but don’t mind action RPGs, then this is a good entry into the world of Mega Man. This game ended up being an unexpected delight; not only are the sprites for the human characters nice, but the ones for the wave beings even more so. When you combine that with the possibility that every technology-enhanced object—from a school gate to a trash can—could contain a digital world right behind it, this game can and will hook you.

Game Freak released this creature-catching RPG in 2006 for the Nintendo DS. Pokémon Diamond/Pearl would be the first installment in the fourth generation of Pokémon games. After choosing a male or female Pokemon trainer and entering your name, you embark on a massive adventure to catch Pokémon in the fictional region of Sinnoh.

Although the gameplay got frustrating for me the further I got into the game, it sure was pretty to see and hear. Little details made the pixel graphics worth admiring, such as a flowing water fountain or seeing the clouds and flowers move if you stand still. Of course, the Pokémon sprites themselves were awesome as well, and not just during battle. Pokémon Contests made your Pokémon even more admirable by allowing you to dress up your Pokémon with accessories to boost certain traits. My personal favorite part of Contests was the acting stage, which let you use certain moves to impress the audiences.

The World Ends With
You -Solo Remix-

Originally released for the Nintendo DS in 2008, The World Ends With You is an action RPG inspired by the modern-day setting and youth culture of Shibuya, a district in Tokyo, Japan. In this game, you play as the misanthropic teenager Neku Sakuraba as he and four other individuals are thrust into the Reapers’ Game to determine their respective fates.

Solo Remix, the game’s mobile port, was released on i0S in 2012 and Android in 2014. 2018 saw the release of a port for the Nintendo Switch, Final Remix, which featured the same enhanced graphics from Solo Remix as well as exclusive additional game content.

The original version of the game featured 2D sprites for the characters and the game’s enemy creatures, Noise, as well as skewed and angular images of Shibuya. With the Solo Remix mobile port, the sprites have been re-drawn to be more high definition. This allows you to appreciate the designs for the characters and the Noise more, which resembles a fusion of pop-art and anime.

Developed by Concerned Ape, this farming stimulation RPG made its PC debut in 2016. Since then, the game has been released on Playstation 4, Xbox One, Playstation Vita, Nintendo Switch, and mobile devices. You create your own character and play as someone who inherits an old farm from their grandfather and moves from the city to the farm to begin a new life.

From the opening title where you see a purple hot air balloon and a few birds flying casually through the sky, Stardew Valley immediately lets you know that this game will be pretty to look at.  Not only are the 2D sprites of you and the various NPCs well detailed, but certain NPCs also have noticeable little quirks that change depending on the season and time of day.

In addition to the NPCs, the landscape—including Pelican Town itself—is lovely to look at. This is especially true as the seasons change and you see the trees go from blooming with flowers to being covered with snow. The town itself also becomes festive during certain times of the year, such as Christmas or the Halloween. Although the pretty pixel graphics might be too vibrant for some, they make certain activities such as foraging or fishing a lot more pleasant and tranquil.

Created by Rocketcat Games, Mage Gauntlet is an i0S and Android action RPG that takes its cues from classic SNES games, except for a couple of major differences. The hero isn’t your run-of-the-mill swordsperson, but a snarky magic user named Lexi. You get your magic by absorbing random spells into a gauntlet from the objects that are around you.

In fact, the animated spells are some of the best parts of the graphics. Since the spells and certain weapons are totally random, you never know what will happen until you actually use the spell. My personal favorite spell is one that causes a huge explosion, which you can use to take out multiple enemies at once.

Besides the spells, the text boxes, scenery, and certain enemies aren’t too shabby either. One particularly memorable enemy was a raccoon-like foe who refused to move from atop a small tree, and talked exclusively in third person. From the spells to the dungeons, everything is as bright and shiny as the old action RPGs of yore.

Released by Matrix Software for Playstation in 1997, Alundra is an action adventure RPG that has you playing as the titular hero Alundra, a young man with the power to enter people’s dreams. It has challenging puzzles, real-time combat, some platforming, and a dream-walking mechanic which allowed for creative levels that changed depending on the personality of the NPC.

Although it is easy to simply label Alundra as a Zelda clone, the graphics for certain areas, monsters, and levels set it apart. In fact, the opening cutscene where Alundra arrives at Inoa Village by boat drew me in when I played this game years ago. The boat itself is impressively rendered, and it was cool to see it moving atop pixelated waves. Some of the monsters looked as threatening as they acted; one monster I distinctly remember was a green troll-looking creature who would spin around with his arms out and throw rocks at you!

Besides the graphics, the plot was notable for being very dark, particularly for its time, due to its themes of death and the essence of human nature. The music and the dream-walking mechanic made these themes poignant, making the player try (and often fail) to save the villagers from dying. One moment that haunts me to this day is using the dream-walking mechanic for the very first time hoping to save a mine worker, only to return to the real world and see the mine worker die despite my efforts.

As mentioned earlier, Final Fantasy VI, originally released in 1994 for the Super Nintendo, is one of the six Final Fantasy games that will receive a pixel remake, which Square Enix will be releasing this year on Steam, iOS, and Android.

As one of the last games of the 16-bit era, Final Fantasy VI is a massive achievement for many reasons. The storyline is intricate and complex, with 14 playable characters, complex themes like grief and destiny, and a sprawling steampunk world. The mobile port also has additional features such as an improved menu system, post-battle quick saves, and an album that is used to remind the player of story events.

Graphically, there have been quite a few changes over the many different versions released so far. While the original sprites for the playable characters are pixelated, the Android port makes them look like detailed chibi child drawings. However, the designs for the character summons such as Ramuh and Odin look fantastic and the detailing put into settings such as the airship and the demon train are worth appreciating too. I, for one, look forward to revisiting Final Fantasy’s pixelated world.