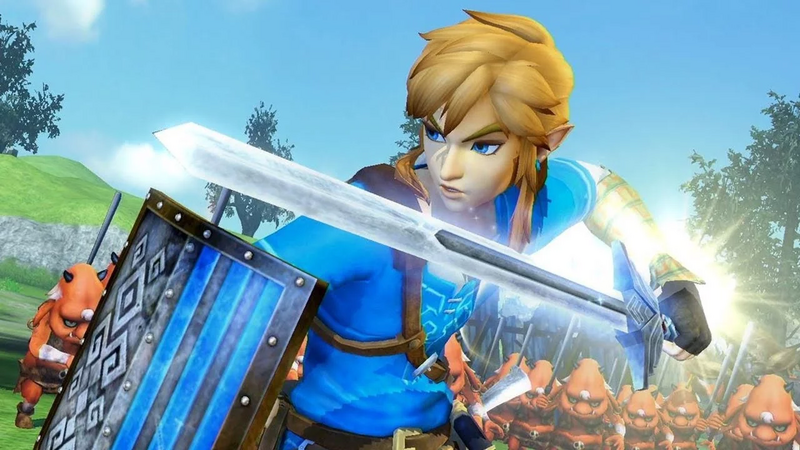 How Nintendo Should Build on Its New Zelda Formula

Breath of the Wild was a huge departure from the usual Zelda formula. The world was completely open to explore and rarely felt empty or boring as there was always something to do. Every quest you embarked on could be interrupted by dozens of other objectives to complete. The changes not only satisfied longtime fans but left them yearning for more.

Although little has been confirmed officially, speculation suggests that 2019 will bring a new Legend of Zelda game. Given the success of Breath of the Wild, we can only hope that Nintendo will continue to build upon its new formula. Here’s what we think Nintendo should do next to continue to evolve the Legend of Zelda franchise.

Customization — Who Says Link Has to Be Hylian?

Imagine starting up the next Zelda game for the first time, selecting “New Game,” and being greeted by a character customization screen. A Mass Effect-level of customization might be a bit much for a game whose main character is as iconic as Link. But being able to choose your gender or even race, as seen in games like Skyrim, could be a lot of fun. And what would happen if you chose to be a male Gerudo?

Speaking of customization, building swords, bows, and axes from materials you find during your travels would be a lot of fun, and a great way to introduce new items to the game. Customizable weapons might also force the game designers to give players each weapon a few more stats, too. Hey, wait, weapon building could mimic one of the best systems in the game: cooking. Imagine all the exciting “recipes” to try.

Ironing Out That Confusing Lore

What if Breath of the Wild didn’t just reset the Zelda formula? What if it was also intended to reset the timeline? It’s no secret that the Zelda timeline was an afterthought to Nintendo. The company even waited until the franchise turned 25 to finally release an official timeline. But now that the Zelda formula has been reinvented, couldn’t the timeline be reset as well? Breath of the Wild could be the start of its own story arch.

At the very least, it would be great to build upon Breath of the Wild‘s world. We don’t have to go full Dark Souls, but the follow-up to Breath of the Wild could continue the story with the same characters, items, weapons, and world. And what if you could live that lore by helping to rebuild Hyrule yourself? Sweet.

Give Us More Than Just Land to Explore

Bigger is better when it comes to map sizes for open-world games. Breath of the Wild is the biggest Zelda game yet, but it could be even bigger. Think Grand Theft Auto 5 or the Witcher 3: Wild Hunt. And what about water? That’s right — maybe it’s time to bring those iron boots back. There were exactly zero underwater areas to explore in Breath of the Wild. Opening up the game to water exploration would lead to a bigger map, which, in turn, could lead to a whole new set of game mechanics.

And we haven’t forgotten about airborne travel. Surely, we weren’t the only ones who started Breath of the Wild, saw the Divine Beast Vah Medoh floating in the distance, and thought, “Oh my gosh, it’s Skyloft!” or, “Oh my gosh, it’s the City in the Sky!” Wouldn’t it have been great to try to figure out how to get up there? And you know that jumping off to see how far you could glide is also a must.

Musical instruments are no strangers to Zelda games. Link has played the ocarina, the guitar, and the drums. He’s even played disembodied voices… and grass. It seems a musician as eclectic as Link can play just about anything. Breath of the Wild was about reimagining the Zelda experience. So why not get the Champions together for a reimagining of the Indigo-Go’s?

Better yet, how about an entirely new musical experience? Besides collecting items and ingredients, Link could be a travelling minstrel much like Kass. Collecting musical themes and writing original scores could be a key game mechanic. Music could even influence the environment, like how you could cause a storm in the Ocarina of Time with Link’s ocarina. This would lead to a lot of experimentation in songwriting and hours of gameplay.

Remember when you first scaled the mountains in Lanayru and found the cursed Naydra dragon at the top? It was a unique airborne battle that had Link glide down the mountain to loose arrows into the Malice-infested dragon. But later in your travels, when you found the other two dragons, there was no battle at all. Sure, you could collect dragon scales. But it’s weird that there was only one dragon to fight.

Then there was the first time you encountered a Lynel or Hinox. The heart-pounding battles that ensued resulted in dozens of deaths, enough to make anyone want to quit. But these clashes got easier over time, and we all wished there was an even greater challenge. The hard mode released with the DLC helped, but the next instalment of Zelda would benefit from a much larger roster of tough enemies. Give us more unique battling experiences please, Nintendo.