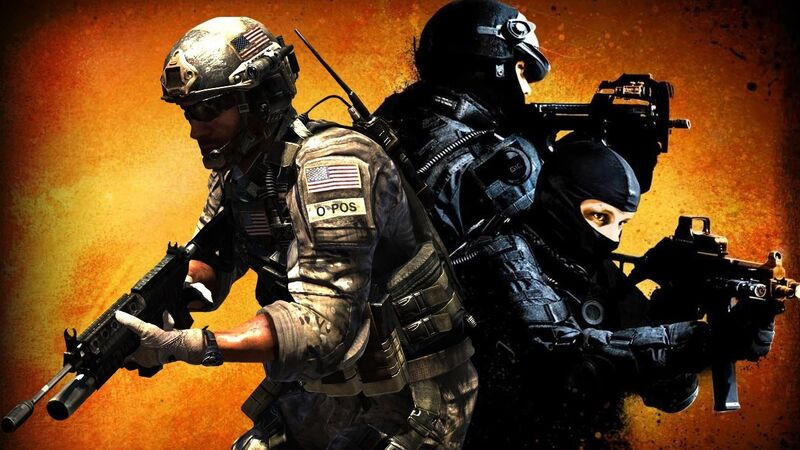 ‘Counter-Strike’ at 20: What If The Real-World Adopted Dynamic Weapon Pricing?

For a time there, Counter-Strike got weird. Remember in October 2006 when Valve updated Counter-Strike: Source with a beta version of its Dynamic Weapon Pricing system? We do. You do. In fact, you made such a noise about it, that Valve backed down from the idea just a few months after its implementation.

For the uninformed, what Dynamic Weapon Pricing meant, was that the weapons and equipment you bought at the start of each round, changed price depending on how the rest of the global Counter-Strike community behaved. For example, if 50% of dollars worldwide were spent on an AK-47, its price would increase by the same ratio. Basic supply and demand, right? Sort of. The problem was that difficult-to-use guns just went underused. Everyone rooted for the spray-and-pray guns. Games became messy, unstructured; basically, none of the things that drew players to Counter-Strike in their droves for.

“Dynamic Weapon Pricing was a really interesting feature that came about when we worked at Valve,” says Counter-Strike co-creator Minh Le, better known as ‘Gooseman.’ “I thought it would work out, but in the end, everybody just wanted to buy the AK-47. They just didn’t really want to pay top dollar for it – it’s unfortunate it didn’t really pan out. The thing is though, if the game was originally designed that way, people wouldn’t complain. People became so used to the current system that when we did that they had to relearn the whole meta. A lot of players at that time weren’t really keen on relearning the meta.”

‘Gooseman’ has a point. For all Dynamic Weapons Pricing’s impracticality, it was an interesting idea And it’s lingered long in the mind. So much so, that we wondered how the system would work in the real world. What would it tell us about the fascinating, but much more so, terrifying real-world gun trade? We thought we’d ask friend of FANDOM, James Hoare – ex-Editor of All About History magazine, and current writer for Britain At War – to tell us what he thought. Warning. This is about to get really quite weird…

Hey James, so what we’d like to know is how the real-world gun trade would be affected, if arms dealers implemented the Dynamic Weapon Pricing system once deployed in Counter-Strike?

“Okay, well I might as well be honest with you. The whole idea of the ‘stock market for guns’ idea makes my head hurt…”

Us too. But you agreed to talk to us, so go on…

“Okay, well supply and demand is a factor in the arms industry because it is an industry, but the idea of it happening on this sort of micro-pricing scale is absurd. Counter-Strike: Source is all about government agencies vs non-state actors, right?”

Yeah, we’ll go with that…

“Okay, well governments do not buy weapons piecemeal from the merchant in Resident Evil 4. They have contracts and they buy in bulk. They’re courted over long periods of time, wined and dined at arms expos, with a view to investing in shiny new assault rifles. In the West, military purchasing is often subject to tender. Bids are put in by rival companies, which can drive prices down or value up, and state-affiliated manufacturers often get the first look-in.

For example, the current standard issue assault rifle, sniper rifle, heavy machine gun and sidearm of the French Army are manufactured by Nexter Systems, which is owned by the French government. It’s a closed system. Even when they buy outside – if, for instance, they fancy a space-age bullpup from FN Herstal – Europe’s largest arms exporter is owned by the Wallonian government, one of the states of Belgium.”

This is getting very frightening and very complicated – very fast.

“Well, let me put it this way. In the developing world, there’s often a mixture of older weapons in circulation, whether because they were bought in 1996 or because they were bought used in 2016. Sometimes they’re straight up donations from powerful governments looking to shore up a ‘security partner’, boost their influence, or as a spoiler for their own arms industries. It’s also common for countries to purchase licenses to manufacture their own variants of particular firearms, especially the Soviet AK and sometimes licenses of the licenses are sold, so it’s really a buyer’s market. Not that I’m all ‘Who will think of the arms dealers?’ because vast sums of money change hands here – trust me, they’re doing fine.”

Why can’t we all just get along? Except in videogames…

“Quite. US police agencies, due to the levels of autonomy they have, do tend to buy smaller quantities of arms and armour, seemingly on a whim. Crucially though, if someone needs a new gun, they don’t go out with the department’s credit card and buy it, they get it from the armoury and that’s the case whether it’s a state-wide counter-terrorism unit like France’s National Gendarmerie Intervention Group or the smallest moonshine town Sheriff’s department in the US. If an agency buys one gun, it might be used by three or four officers over its lifespan – they don’t buy a new weapon every single time and so purchases aren’t being made in such a way that the prices could fluctuate as they do in CS: Source.”

We figured as much, to be honest…

“When you look at terrorists and other non-state actors, you might think ‘Oh, okay, so Jonny Jihadi’ – as a former officer in the Coldstream Guards once called them in conversation – ‘needs an AK, so he’ll go down to a literal market with guns all laid out on a rug and purchase one.’”

Okay, but what determines the market value of weaponry?

“So you might see fluctuations in price but first you have to consider two crucial things: firstly, these are rugged, hella robust working pieces that have most likely being changing hands for decades, so again one firearm might be used by half-a-dozen insurgents or more before it leaves circulation, and secondly, the sorts of weapons we’re talking about – the endless Chinese, Soviet, Yugoslav AK variants, RPG-7s – aren’t exactly uncommon, and places like Afghanistan, Syria, Libya, Iraq, Eastern Ukraine etc, are flooded with them. Supply and demand are short-circuited by supply wildly outstripping demand, and who’s buying this sh**t if not ISIL?”

Okay, we’re going to push you on this. Suspending all notions of reality, obviously, what does the gun market look like if somehow it did adhere to Counter-Strike‘s Dynamic Weapon Pricing System?

“Well, if it were to ever work, you’d need supply to widely outstrip demand and for both state actors and non-state actors to be tapping the same source for shooty shoot bang toys. The arms industry would be a fully neutral party who sells individual weapons without favor, has no pre-existing relationship with government…”

And if those conditions were met?

“The most striking outcome would be a roller-coaster of price surges and drops around some of the ‘cheaper’ weapons, like the AKM. They’re always popular for the reasons stated above, but the low cost of manufacture might not be passed onto the consumer as interest pushes the pricing up – probably not massively high, as I can’t imagine there not being a ton of them. As the AKM rises, the prices of the second-tier products in the same ‘weight category’ – the tried and true, mass produced and mass-licensed assault rifles like the FN FAL, G3, M14 – might become more appealing, but as they do, the humble AKM will drop slightly. It’d have an odd sort of equilibrium. I’d predict a like-for-like market with clear ‘social classes’ of arms whose prices fluctuate in line with each other and operators, whose aspirations to purchase anything else would be severely limited.”

That changes everything, doesn’t it?

“Without the benefit of their discounts and bulk purchasing agreements, smaller government agencies – local law enforcement, for example – would find themselves using similar kit to the terrorists, and this would be mirrored at the higher end with the CIA waving around the latest sniper rifles and flipping mech suits or whatever. You might get weird anomalies every so often where due to the ebb and flow of interest, something really cool slips out at well below the market price and someone could snap up a bargain if they’re obsessively keeping an eye on it – sort of like a middle-aged dad watching an eBay auction in the final few minutes.”

What a frightening thought…

“Yeah, and with their powers of collective purchasing, you could probably expect governments to ‘rig the market’ by pushing up certain items, or artificially creating fire sales on the things they’re after. Hostile actors – terrorists, Russia, China etc – would, in turn, be looking to mount cyberwarfare operations that spoil their enemy’s purchasing ability. Basically, I don’t think the sort of weapons you’d see people wielding would change massively – although parity would increase, a truly free market humbles even the mightiest – but at the higher levels you’d get some mad Tom Clancy s**t going on.”

Thanks to James for speaking to Fandom today. In some regards, it’s reassured us that it’s really quite hard to get hold of the sort of weaponry you might see in Counter-Strike. On the other, it’s fairly terrifying to be given an insight into the sort of bloodthirsty business going on in the real world, just out of sight. Still, at least ‘Gooseman’ and co are only in charge of making excellent shooty videogames and not actually running the global arms trade. Make love (and videogames), not war, all y’all…