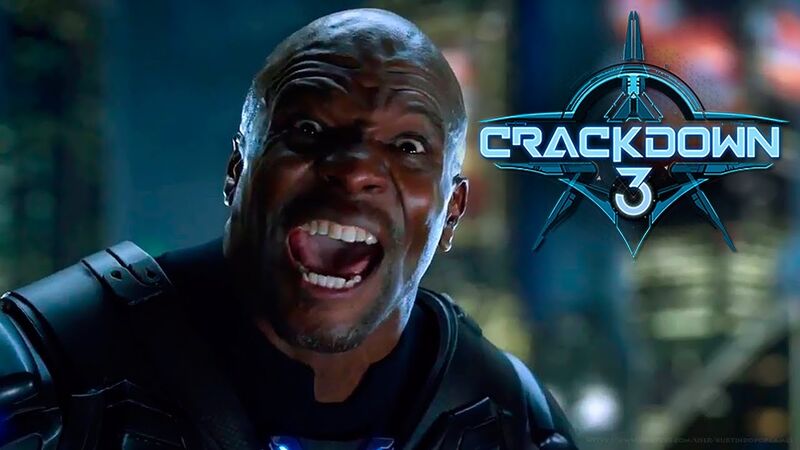 ‘Crackdown 3’ Review: A Fever Dream that Plays like the Most Tedious Nightmare

This writer has long had a recurring dream. You wouldn’t call it a nightmare, but it’s certainly a stressful one. A quick Google search reveals that many of us suffer from the same subconscious scenario; you’re back at school or university, you have work to file but you don’t know where to, you wake up anxious, you arise with beads of sweat peppered across your brow, you remember you’re now a middle-aged games journalist and thankfully the days of trying to work out where to file your musings on a subject you never really understood in the first place are long gone… Christ, that was awful. Let’s play some video games and try to change the mood…

And so you sit down to spend some time with Crackdown 3, the long-delayed open world Xbox exclusive from publisher Xbox Game Studios and developer Sumo Digital (largely known for their work on racing titles like OutRun and Sonic All-Stars Racing Transformed, it’s perhaps no surprise that the in-car elements of Crackdown 3 are its best). It looks okay, sort of like one of those games from the seventh generation that was really riding the limits of what those machines could do.

The art style is nice. Somebody owns the Tron boxset, anyway. Not sure we really understand the plot. Hang on. There’s been a terrorist attack… Blimey… They’ve destroyed power sources around the world… That’s not ideal… An organization called The Agency – which we’re part of apparently – has tracked the attacks to a city called New Providence. WAIT, THAT’S ONLY BLOODY TERRY CREWS!

After a pretty entertaining cut-scene – it is, after all, Terry bloody Crews – it turns out that Terry Crews – Daddy Duck hereon in – is our squad leader. Sadly, we learn that Daddy Duck got largely incinerated last time The Agency attacked New Providence, so now we’re being charged with going into the aforementioned city to crush the aforementioned terrorist organization Terra Nova, avenge a singed Daddy Duck and save as many refugees as possible. And, if we’ve got time to do some stunts in the various cars we can requisition in the city, or partake in time trial type destruction mini-games… Wait, you’ve played a Just Cause game before, right? Because someone at the heart of Crackdown 3’s development almost certainly has…

And so your character – one of a handful of preset super-agents; diversity has never looked so generic – is chucked into New Providence and asked to blow stuff up. Which sounds fine. Crackdown 3’s big selling point is that you get to blow stuff up. ‘Step Up Your Boom!’ is the slogan the game’s marketing has roared at any given opportunity. And yet very quickly it transpires that nobody has told you how to do this. And so you begin to explore the city. You encounter enemies you’re far from sufficiently levelled up to be encountering. You’re dead. You go again. Nope, you’re dead. One more time. Nope, you’re dead. Step Up Your Boom? Step Out Of Your Tomb, more like. It’s quite likely that you’ll spend as much time dead in Crackdown 3 as you do in Dark Souls.

And yet, there are voices attempting to guide you in your quest to blow up New Providence. Several in fact, most notable being that of the Agency’s boss – provided by anime star, Michael McConnohie. But rarely throughout documented human history have so many voices said so little. What we needed was someone telling us how to take down the enemy outpost we’ve just encroached on. What we got was someone suggesting that maybe we’d like to destroy some machinery five minutes’ drive away. It feels a little bit like driving down the motorway, in the wrong direction, with five car radios all tuned into different frequencies. When all you really want is someone to tell you where the nearest services are because you really need a wee.

We’ll probably never get to learn the exact circumstances that led to Crackdown 3’s quite unprecedented gestation period; first announced in 2014, the game was originally set to be released in 2016, then changed to November 2017 to sync with the release of the Xbox One X, then delayed to an unspecified Q2/Q3 date in 2018, then once more pushed back to this coming Friday. And yet, whatever the reason was, you can almost certainly predict that what kept the game in development for so long was an attempt to spruce it up. To get it over the line. To get it to such a place that it could finally leave the out tray. To finally get rid.

Despite all the unwanted noise and hapless advice dished out throughout Crackdown 3’s gameplay, only one voice really cuts through. And that voice says, “will this do?”

Games that have slipped further and further down release schedules in recent times have all suffered from a similar problem, that being that the possibilities of games have soared so exponentially in recent years, that a game that was envisioned five years ago and only released now, enters a landscape that’s quite unlike anything that might have been envisioned at the moment of conception. Even games that were released at the dawn of the eighth generation look a little tired now, and it’s this problem that Crackdown 3 can never shake. Coming at a juncture whereupon we’ve all completed Red Dead Redemption 2 – where we’ve all had hugely fulfilling adventures in a lush and diverse open world that now feel closer to real life than not – the sparse, soulless sandbox of Crackdown 3 feels positively lonely.

Which brings us back to our fevered dreams of college days; not sure of what to do, where to go, ultimately, what’s the point. Crackdown 3 is no escape from this. It is a game in which inertia reigns. A sandbox that is desperately lacking a signpost. To the direction of fun would be much appreciated, but in truth, we’d just take one that would lead us to purpose. And yet, there is the dullest of silver linings…

HOPE FOR THE HOPELESS

Though we haven’t played the multiplayer yet on a fully functioning server, Crackdown 3’s Wrecking Zone mode could potentially be a whole load of fun. For one thing, the objective is clearly spelt out on the tin; make a mess. Get points. Have a hoot. For another, it’s actually the only mode within the game that allows for full destruction of the world in which you’re thrust into. Within one game we’d already enjoyed the experience more than we had the game when shackled to any kind of story-based narrative. Within two, well it doesn’t quite play like a dream, but there’s some degree of redemption to the whole sorry mess of a game none of us asked for.

Ultimately, time will tell whether Wrecking Zone becomes Crackdown 3’s saving grace. But despite this mode offering some (much welcome) fun, its hard to see why anyone would shell out their hard-earned cash for this, rather than enjoying the free thrills of Fortnite or Apex Legends. For now though, if you’ll excuse us, we’re late for class…