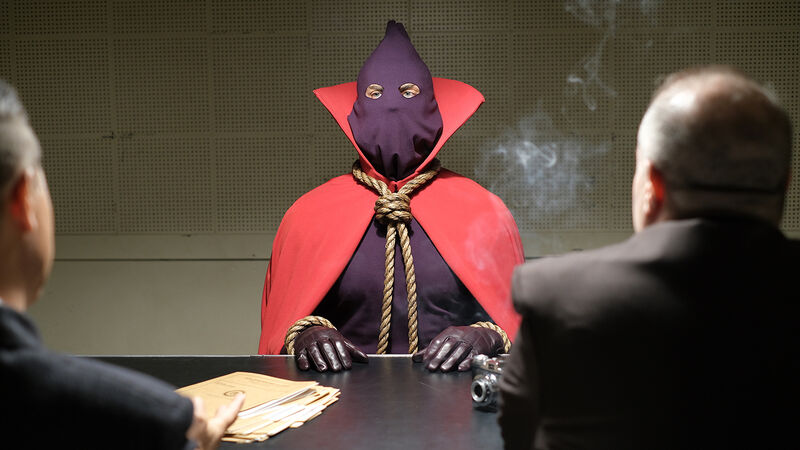 Damon Lindelof is responsible for creating some well-loved TV shows in his career. He’s also worked on a number of high-profile film franchises in his capacity as writer and producer. Lindelof is currently promoting his latest self-penned movie, Blumhouse’s The Hunt — about which there’s already talk of expanding into a franchise. Blumhouse boss, Jason Blum, told Fandom last month that it’s a movie he’s very excited about.

Of course, not everything turns to gold at the mere touch of hard-working, self-confessed introvert, Lindelof (he says the phrase “self-quarantine” that’s currently doing the rounds is music to his ears). He’s had endless criticism directed at him for the much-hated Lost finale and for “ruining” the Alien franchise with his Prometheus screenplay. Despite this, he has surely proved he’s got audience-pleasing-cum-critics-satisfying bones somewhere inside his (by-now) toughened exterior, with the roundly adored The Leftovers and his latest effort in the TV arena, Watchmen.

How Lindelof Would Approach ‘Watchmen’ Season 2

The Hunt comes hot off the heels of the success of Watchmen – Lindelof’s much-anticipated sequel (or “remix” as Lindelof has described it) series to Alan Moore and Dave Gibbons’s original graphic novel. And The Hunt is just as culturally pertinent as the hard-hitting Watchmen, suggesting his new venture could well have a strong afterlife.

Not so with Watchmen, as it happens – despite its cultural resonance and critical reception — if Lindelof is to be held to his word. Fans might be clamouring for more from the “remixed” Watchmen universe, but Lindelof has reckoned up to now that he’s unable to give it. He’s basically telling anyone who’s asking that he’s got nothing left for a Season 2. A second foray into that world with him at the wheel is seeming unlikely. But Lindelof opened up to Fandom about what it would take to bring him back in.

“Well, you know, there would have to be satisfying answers to the two questions that I always ask when I embark on anything that’s going to consume several years of my life,” he begins. “Question number one is: ‘Why? Why are you doing that?’ And question number two is: ‘Why now?’ The idea that there’s some degree of topicality [is important], I think, particularly as it relates to Watchmen — it was such a reflection of its time when it was written in the mid-‘80s. When we did this version of it, we wanted it to be a reflection of what it was like to be alive in 2019. Albeit an alternate version of it. So I would try to answer both those questions [in my approach to a second season]. One is, why does there need to be more Watch? What’s the story that we did not satisfactorily tell in Season One? And then the other is, is there something new that is reflective of the moment that we’re having right now that Watchmen can reflect versus just doing more of this; more of the same?”

That could suggest that the possibilities are endless, actually. There are plenty of new places you could take Watchmen‘s existing characters — or new ones. And one look at the news any day you choose in 2020 shows the world shifting in multiple ways at alarming rates – all potential fodder for a political and/or culturally tuned-in TV show. But Lindelof thinks Watchmen going forward just might be better off in the hands of someone else.

“I do think that Watchmen is something that would really benefit from a fresh voice,” he says. “I feel like I said almost everything that I had to say about Watchmen this season with a love letter to the most seminal piece of fiction that I [ever] read in my life. Everything that I’ve done in the wake of Watchmen, from Lost to The Leftovers, would never have existed had Alan and Dave not done Watchmen. So I got to tip my cap and say, ‘Here’s where I stole all those great ideas from’, and I also tried to move the ball forward a little bit. I don’t feel like I could satisfactorily continue that story by myself. But I would love to see someone else do it.”

The Sky’s the Limit for Star Trek

It’s similar to the way he feels about Star Trek. Lindelof says he agrees with Simon Pegg, who was recently quoted as saying that there was likely no life left in the franchise that Lindelof, JJ Abrams et al had created on the big screen, partly because it doesn’t make Marvel money. Pegg also blamed the studio and a lack of momentum.

“I worship and adore Simon on every level imaginable as a human, as a filmmaker, as an actor, and it is true that the Star Trek franchise does not make Marvel money. But what does?” says Lindelof. “But I will say at the same time, you know, the idea that like Noah Hawley is gonna make a Star Trek movie is immensely exciting to me. And when I heard that Quentin Tarantino might be making a Star Trek movie, that’s incredibly exciting to me. And I feel like there is a wide breadth of ways to attack this franchise. And you cannot deny that very few things have a 50-year half-life. There is something about Trek that resonates. And while it may never be Star Wars, or The Avengers, I still think that it’s important; those are important stories to tell.”

Star Trek is clearly another iconic property Lindelof has been a part of about which he now feels ready to pass the baton.

“I feel like Star Trek is not unlike Bond or Batman, where different filmmakers and different storytellers can take their shot at it,” he explains. “Christopher Nolan made, in my opinion, three almost-perfect Batman movies. And so, one could easily say, ‘Why ever make another Batman?’, but I’m just as excited to see Matt Reeves’s take. So, I do feel if someone wants to come in and take a swing at Star Trek, the sky’s the limit. No pun intended.”

Tackling the MCU and Star Wars

Does this mean that he’s ready to move onto some other famous franchise as yet untouched by Lindelof hands? Actually, yes. And there’s none bigger than the two he cites.

“I think that doing something in the Marvel universe, anywhere in the Marvel Universe, would be really potentially exciting for me, especially as they start to get a little bit more experimental,” he says. “Some of the things that I’ve seen for Wandavision, for example, just feel like, ‘Okay, now we’re getting somewhere’. Particularly in a television space. And, at some point, but certainly not in the immediate future, I feel like I would love to do something in the Star Wars universe. Maybe a decade from now when I would no longer be blamed for ruining it. That would be a hoot.”

He’s set himself an interesting challenge — I wonder if there’s a competitive streak in Lindelof that’s looking to get a better reaction than Lost co-creator and sometime collaborator, JJ Abrams, did with the divisive Rise of Skywalker. Whether he fulfills either ambition remains to be seen but both franchises could do worse than take a punt on Lindelof.

The Hunt hits screens in the UK on March 11 and the US on March 13.