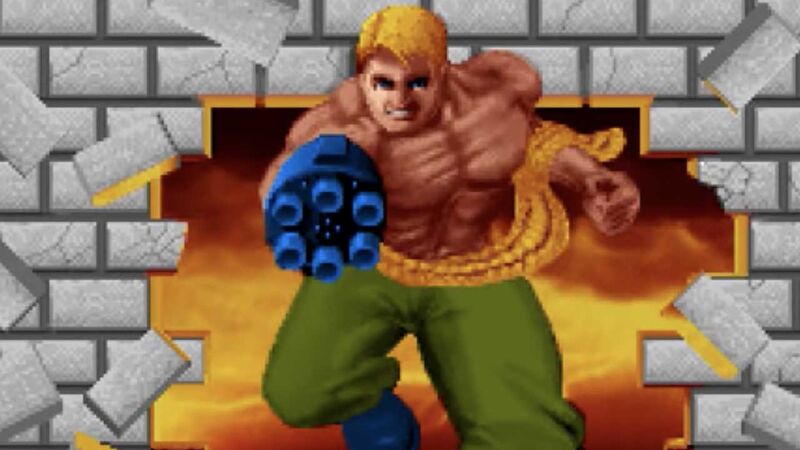 How Doomguy, Commander Keen, and BJ Blaskowisc Are Connected

No two ways about it – in the early 1990s, id Software changed the world of gaming forever. To veteran gamers of this era Wolfenstein 3D, Commander Keen, and Doom are all household names.

These classics have a have a lot in common. They showcased the creative talents of John Carmack, Adrian Carmack (no relation), and John Romero in their youthful prime. These games pushed PC hardware beyond its limits in a time when graphics accelerator cards were still unheard of. And all three are still quite playable today.

Yet this terrific trio of titles has something far more amazing in common: all their protagonists are directly related to each other! The tone of each game varies greatly, from rip-roaring WWII adventure to Duck Dodgers-style comedy to heavy metal gore, yet their heroes form an unbroken family line of heroism through past, present, and future.

But little is known of the lore in-between each of their great deeds. It’s time to connect the dots.

An American spy operating behind enemy lines during World War II, William Joseph Blaskowicz stabbed and blasted his way through the labyrinthine corridors of top-secret Nazi facilities, thwarting the diabolical schemes of evil scientists bent on violating the laws of man and God.

His first mission was to steal the fabled Spear of Destiny, for as long as it was in Nazi hands, Hitler’s forces were unbeatable. It was the most heroic act of the war, yet it was a tale that could never be told – the climax of this mission saw BJ face off against a platoon of ghosts and a terrifying demon! If he ever spoke of what he saw, no one would believe him. He might even wind up in a padded cell; an ignoble fate for one personally congratulated by FDR.

Likewise, BJ could never take credit for the the climax of his WWII career: killing Adolf Hitler. The Führer confronted BJ in an armoured mecha-suit armed with four mini-guns, and fought the all-American hero to the bitter end. Hitler could’ve become a martyr for the dregs of the Nazi regime if they knew he went down fighting, thus BJ had to concoct a different story: that Hitler died a coward’s death, taking his own life instead of standing trial for his crimes.

To top it off, BJ himself performed deeds which left him somewhat ashamed. Sure, he had no choice but to the shoot the Nazi attack dogs that leapt for his throat, but it still felt wrong to slay man’s best friend. And as for all those times he got down on his hands and knees to eat dog food… Ugh! Hardly the sort of conduct you could boast about in a tell-all autobiography.

Once the war was over BJ returned to his home state of Wisconsin to start a family, and soon his son Arthur was born.

If the official history is to be believed, Arthur led a quiet and unremarkable life, pursuing a career not in the military, nor in espionage, but rather in the mass media. But if id’s early games have taught us anything, it’s that you can’t trust the official history of world events! Arthur was supposedly nothing more than a newscaster and talk show host, but his career as a high-flying journalist would’ve been the perfect cover for all manner of covert actions.

Consider the Zodiac Killer. This infamous murderer’s reign of terror ended abruptly in the early 1970s – during Arthur’s prime – even though he was never caught. Could Arthur have had a hand in his demise?

Then there’s the CIA’s infamous program of ‘MKUltra‘ mind control experiments. In 1973, CIA Director Richard Helms abruptly ordered all MKUltra files destroyed. Who or what forced his hand? The true story behind these sinister events will likely never be told, but all the clues point to a member of the Blazkowicz clan quietly working behind the scenes…

But why the change in surname? We’re told that Arthur assumed the stage name ‘Blaze’ to appear “more showbiz like,” to advance his career. But this too could’ve just been part of his perfect disguise. Who would ever suspect an egotistical celebrity of being a selfless secret agent?

Arthur sired two sons, and then a daughter. It would be his middle child that would carry on the family tradition of saving the world – but at a terrible cost.

With an IQ of 314, Billy Blaze is one of the smartest humans in history, possibly even smarter than John Carmack. At the age of eight he had constructed his own interstellar starship from ordinary household items, and when his babysitter dozed off he would rocket off into the void to vanquish cosmic evil as ‘Commander Keen – Defender of Earth!’

Of all the the members of this bloodline it could be argued that young Billy Blaze had the most significant moral arc. When he was marooned on Mars, Keen thought nothing of using his laser zapper to destroy two distinct species of Martians: the Yorps and the Gargs. And while the Gargs were clearly hostile, the Yorps were (mostly) harmless. He didn’t actually need to kill any of them to meet his objectives, and they would even periodically send him helpful tips via telepathy.

Keen’s first off-world adventure gave him much to think about. Could his recklessness lead to him ultimately becoming the villain of his own story? Yet Keen had little time for reflection, as he soon found himself locked in mortal combat with hordes of Vorticons – furry dog-men from beyond the stars.

Keen neutralised the Vorticon warship that threatened to destroy the Earth, and pursued them to their homeworld, leaving a trail of laser-powered death in his wake. Yet it was ultimately revealed that the Vorticons had been brainwashed by Keen’s arch enemy, the villainous child genius Mortimer McMire (IQ: 315). Once freed from McMire’s influence the Vorticons became quite friendly, and even forgave Keen for his near genocide of their people.

Keen had no way to know he was harming so many innocents, and his actions were necessary to save the Human race. Yet he was clearly shaken by this ordeal, as from that point onwards he wielded not a death ray, but a Neural Stunner. Keen became loath to take the life of any living thing, even the cannibalistic Froobs of Fribbulus Xax (the antagonists from Episode 6: Aliens Ate My Baby Sitter!).

Everyone needs a moral code. Including one particular descendent of the Blazkowicz line of ass-kickers, who has probably taken more lives than all of them…

In the two centuries that followed the death of Hitler, it seemed that humanity was safe from apocalyptic threats. But we know better, dear readers – the reality was that successive generations of an unassuming Milwaukee family were working tirelessly to keep us safe.

In the early 2140s Billy Blaze’s great-great-grandson joined the space marines, and his first heroic act was committing GBH on a senior officer who ordered his men to fire on civilians. Our hero was transferred to the dusty, frigid wastes of Mars, where the Union Aerospace Corporation was conducting extra-dimensional portal experiments that held the promise of revolutionising space travel. The UAC inadvertently opened a portal to hell, however, and it was up to Doomguy to personally slay the heinous demon armies and save humanity from fiery extinction.

The murderous monstrosities that he beheld pushed Doomguy’s sanity to the limit, and beyond – but none of the visions that confronted him were more unsettling than that dreadful secret room that depicted four hanging, bloody effigies of Commander Keen, his great-great-grandfather.

Why did the demons choose this imagery to torment him? An obvious answer presents itself: a lifetime of sin had earned Keen’s arch-enemy eternal damnation. Mortimer McMire had become a demon himself, and spent a century in the lake of fire obsessed with exacting revenge on his arch nemesis.

It should be noted that this timeline is derived from the original id games from the early 1990s; the new Wolfenstein games take place in a completely different continuity. But one thing is certain: Wherever and whenever Earth is threatened by pure evil, a Blaskowicz will stand tall and wreak plasmatic justice upon all who would threaten the human race.