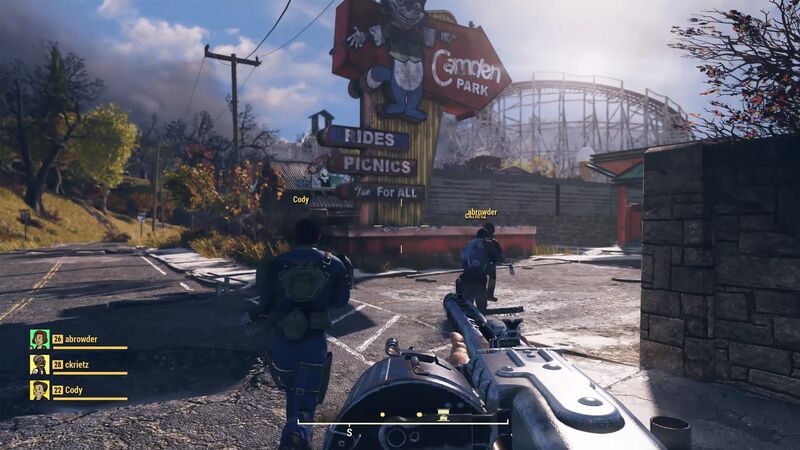 Ever since the dawn of console gaming there have been a few ‘rules’ that we’ve all just been trained to accept – not being allowed to play games with people on rival platforms has been one of them. Now though, after two generations of online play, this increasingly connected subculture has started to get fed up with such archaic tribalism. Thanks to growing public pressure and vocal crossplay support from Nintendo and Microsoft, Sony finally relented, announcing that starting with Fortnite, it’s going to allow all gamers to play nicely together. Aww. Yet, with only Epic’s battle royale hit confirmed for cross-platform play so far, we asked Bethesda whether the upcoming Fallout 76 would soon be joining the list.

“We can’t for launch — it’s too late,” explains Fallout 76’s Production Director,  Chris Meyer,“We talked to [Sony] a while ago, and they told us no, but now it feels like they’re coming around. But this is not something we can do the last final weeks, so, this might be something that we look at in the future. It’s not just flicking a switch — there’s a lot of work that goes into [crossplay].”

When pushed about when fans might be able to expect crossplay in Fallout 76,  the team said that a tight schedule of launch tweaks and planned future content meant that Bethesda was hesitant to commit to an exact date. The game’s Project Leader Jeff Gardiner’s final word on the matter was: “We’ll look at [crossplay] as an option post-launch.”

After generations of bitter console rivalry (our prayers go out to those lives lost in the ruthless console wars) it feels slightly surreal knowing that once rival factions of gamers will soon be brought together. With Fallout 76 encouraging players to team up in it’s post-apocalyptic West Virginia and offering a brilliant solution to the game-ruining ‘griefers’,  Bethesda’s latest could be a great game to kick off this new era of cross-platform co-op.