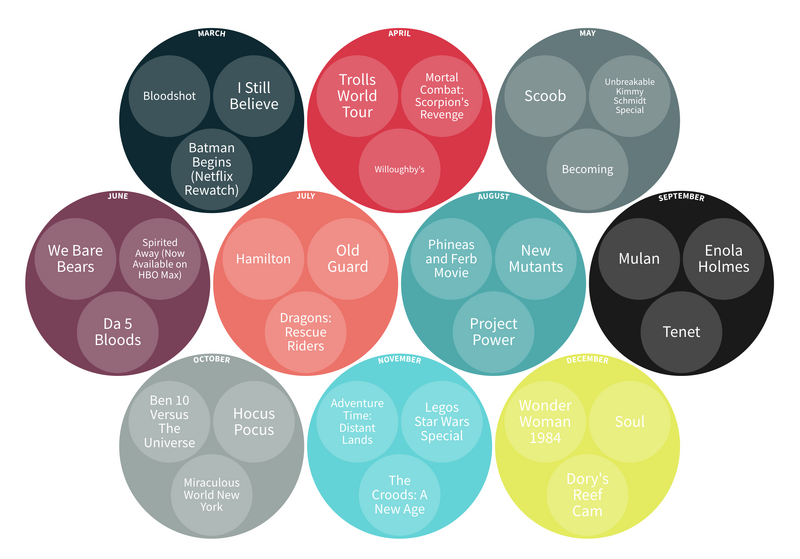 Americans may not have been flocking to movie theaters for big premiers or packing arenas elbow-to-elbow for big concerts, but their love of entertainment during the pandemic certainly didn’t waver.

Rather, it just embraced a new form.

Fandom, the fan-trusted source in entertainment, and Vivid Seats, the most trusted ticket marketplace, are teaming up to reveal how fans enjoyed their favorite movies, musicians, TV shows and more in 2020, when many Americans remained home and traditional movies releases, concerts, and TV filming were impacted by the COVID-19 pandemic.

The landscape was dominated by kids and country music: Children’s movies like Mulan, Ben 10 Versus the Universe, and Adventure Time: Distant Lands all enjoyed massive popularity as children were stuck at home.

On the concert front, country music—led by the likes of Garth Brooks, Blake Shelton and Kane Brown—dominated the drive-in concert scene, as fans flocked to concerted drive-in movie theaters for a new way to catch a show by their favorite folk-infused music acts.

Browse more data on entertainment during the pandemic below and check out the 2020 State of Fandom report.