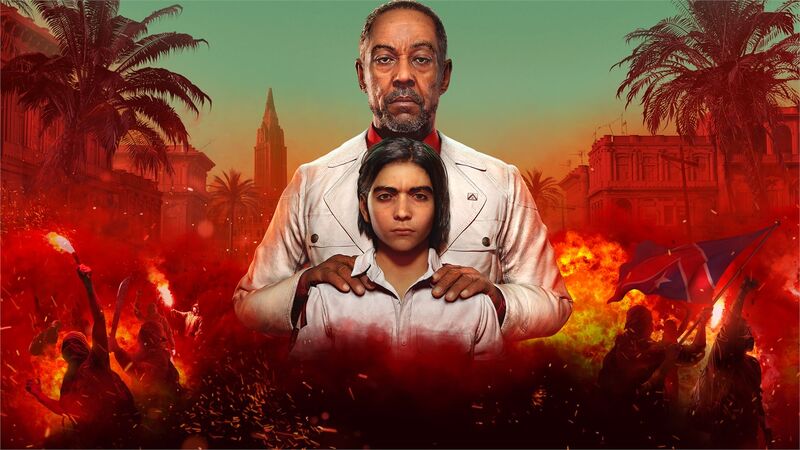 The Evolution of ‘Far Cry’

It’s been 17 years since Crytek took the Crysis engine and developed Far Cry, a game where the player plays a generic guy dropped on an island to explore whatever weird things you would find on it. Ubisoft then took the reins with the 2008 release of Far Cry 2 and has owned the property ever since. Given the upcoming release of Far Cry 6, there’s a lot that to be said about the franchise, from the complicated (and sometimes downright xenophobic) nature of how the games have handled people of different ethnicities and cultures, to how the series started to reflect the game design of Ubisoft’s other most popular franchises, like Assassin’s Creed and Tom Clancy’s Insert Military Shooter Name Here.

But throughout the spinoffs and different ways the franchise has evolved (for better or worse), the gameplay loop of its open worlds has kept millions of players—like me—coming back for more. No matter how hard I try, I somehow find myself carving up skins of animals I wish I didn’t kill because the sounds they make really upset me. In any case, the franchise that we know today is not how it was back in 2004. It’s time for a history lesson.

Before Call of Duty 4: Modern Warfare modernized the way first person shooters operated in 2007 and beyond, the first Far Cry was released in 2004. It was Crytek’s first title and the first game to show off their technology, CryEngine. The plot was very barebones, but it started what the series is most known for: exploring a far-off location and killing enemies along the way (in this instance, in order to rescue a journalist).

It included some early variations of what you see in the franchise today. The player could use binoculars to mark enemies on their mini map, enemies could use a flare gun if they spotted the player to call for additional baddies, and there was an emphasis on approaching encounters either stealthily or aggressively, depending on play-style. It also was the first game in the series to be a little, uh, creative with its enemy designs—for example, the group of enemies called Trigens that were genetically enhanced by the antagonists of the story and had long arms, beefy hands, and, frankly, terrible posture. They didn’t change up the gameplay that much, but they were still annoying as hell to fight and never showed up again in any of the spinoffs or sequels.

At the time, Far Cry was decidedly not an open-world game, due to the linearity in its level design, but the various environmental options provided to the player became an early blueprint of how combat encounters would be iterated in the franchise.

Farewell, Crytek—Far Cry was Ubisoft’s baby now, as internal development transferred to them, resulting in what some consider their favorite in the franchise: Far Cry 2. Utilizing the Dunia Engine (a modified version of CryEngine), the sequel expanded on the mechanics and ideas of the first one but also brought on new mechanics both loved and hated as well. The additions included a compelling antagonist known as “The Jackal,” political infighting between two forces in Central Africa, and the introduction of a sandbox-style open world that included some of the freshest ideas to come by at the time, like real-time weather changes and different environments to explore in its Central African setting.

One of the mechanics considered the most divisive by players was the malaria system. The protagonist has the deadly disease throughout the game and can only be managed with taking pills for it. Without taking the medication, the player’s vision would start to be blurry, and accomplishing tasks such as combat or getting to the next story beat would be extremely more difficult to do. There was also the degradation of weapons, as the player’s weapons could start to become rusty and less effective in combat to the point of becoming unusable.

While the addition of these survival mechanics in its “realistic” gameplay sound frustrating, it is fascinating to look at how the early entries in the Far Cry series paved the way for what many popular games are doing today. Valheim and other games like The Forest expanded on the ideas and mechanics that Far Cry eventually moved away from. Lastly, Far Cry 2 was the first title to introduce multiplayer to the series between players. This later evolved into more of a cooperative play focus after Far Cry 3. Speaking of which…

In many ways, the third mainline iteration in the Far Cry franchise truly was the stepping stone for where the franchise would ultimately become—both to its favor and its detriment. It had a compelling antagonist named Vaas Montenegro (played exceptionally by Michael Mando, who took some of the most corny dialogue ever and somehow made it work). It evolved past the mechanics of early titles, allowing players to get creative in combat, using techniques like spreading fires in grass and bushes during encounters. Players could hunt animals to skin, and later use said skins to upgrade their inventory and character in general. Far Cry 3 also fully evolved the system of encountering the opposition either stealthily or aggressively due to the increase in size and scope of its maps.

But most of all, it introduced an element that started in 2007’s Assassin’s Creed and is reflected in all of Ubisoft’s titles today:

Towers. Towers aplenty. So many towers. Towers that were ultimately used by the player to uncover more areas of the map in order to better explore it.

What makes this mechanic unique compared to most others in the franchise is how widely adopted it has been used by other developers in the game industry: last year’s Ghost of Tsushima, Middle Earth: Shadow of Mordor (and Shadow of War), Marvel’s Spider-Man (the version that wishes it was Miles Morales). All of these games and more borrowed in some form or another from Far Cry 3 because of how hugely popular it was as a mechanic.

Far Cry 3 was a successful game, getting rid of what the majority of players disliked in Far Cry 2, keeping what worked, and adding and toying with what the series would be and could be in later titles.

The fourth title in the Far Cry series played it safe in its continuation of the franchise’s mechanics but changed the focus with its setting. There was a great new map to explore that was no longer jungle or desert; instead, the game focused on a fictional Himalayan country, Kyrat. Far Cry 4 introduced new wildlife for players to encounter, and a focus on enemy outposts that players could take over in order to gain more landmass on the map.

It continued on the role playing elements popularized in Far Cry 3, like animal companions and crafting, with only slight tweaks. But besides that, the only new additions worth mentioning were the introduction of the gyrocopter and the focus on playing throughout the game with a co-op buddy in Guns for Hire.

No longer focused on player-versus-player scenarios, Guns for Hire was basically a non-story mode that allowed two players to explore the map together, approach enemy outposts, and get into general hijinks.

Far Cry 5 is a game I loathe for narrative and ideological reasons, and I’m not alone. Even though the gameplay itself was received generally well, GQ decried its “disingenuous both-sides-ism,” while Polygon noted that “its murky story and themes do more to taint the game’s fantastic and playful open world than to give it purpose and meaning.”

The game takes place in the U.S. via Montana, and introduces a horrible attempted parody of modern day white nationalists, nazis, and white supremacists via its fictional cult, Project at Eden’s Gate. In spite of the miserably bad story, the gameplay itself was fine. It changed how towers would operate where it would only uncover parts of the map but not the icons located on them, as the player had to meet new allies, and play out story missions in order to further expand the map’s visibility. It allowed customization of a nameless protagonist, a first of its kind for the series. Sadly, you can never see what your character would be wearing or looks like due to being first person and there being no option to look at yourself. It was mainly for co-op reasons, which allowed the player to play through the story with another player for the first time.

The game further improved on the buddy system that allowed the player to recruit allies to fight alongside with, but did not keep the consequences of your ally potentially dying for good as Far Cry 2 had. Fishing was a notable new mechanic, but one that (for me, at least) outstayed its welcome very quickly. It also took elements that were experimented with in spinoffs like Far Cry Primal, allowing the player to commandeer and ride animals in the open world. All of this was alright, but, of course, it’s hard to appreciate cool new features when you’re being beaten over the head with the egregiously tone-deaf political commentary.

Far Cry 6 is being touted as one of Ubisoft’s largest Far Cry open worlds to date, and takes place a fictional country inspired by Cuba known as Yara, ruled with an iron fist by dictator Antón Costello (Giancarlo Esposito).

[Editor’s note: In spite of this fact, and the fact that Ubisoft has stated they want the game to be a “guerrilla fantasy,” they have also stressed that, though the “story is political,” it will not be a comment on Cuba specifically.]

Due to how similar the premise is to Far Cry 4, where you recruit allies to fight against a tyrannical ruler in a fictional oppressed country, I am cautiously optimistic. Far Cry as a whole has shown that what isn’t broken doesn’t have to be fixed. With October’s release, I am hoping to see what the return of a tropical setting and new systems like Fangs for Hire does to ultimately evolve what could be considered a blueprint for how developers create open-world games in the industry.