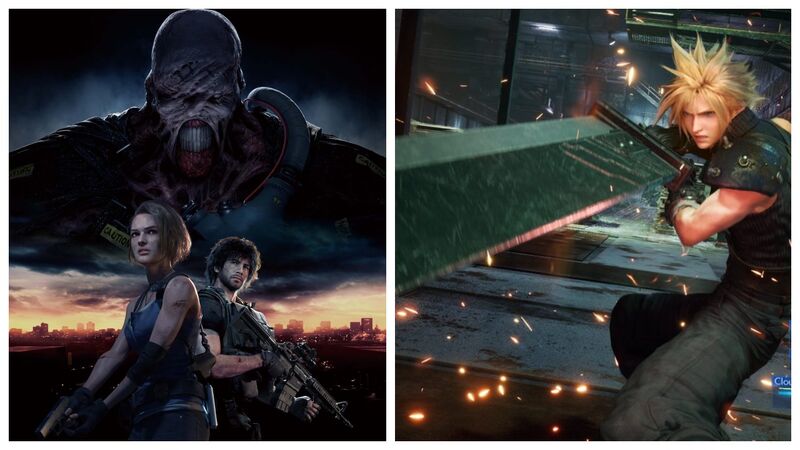 FFVII and Resident Evil 3: There’s Never Been a Better Time for Gaming Nostalgia

Nostalgia has garnered itself a pretty bad rep over the last decade. Where once the word conjured up images of childhood memories as warm and comforting as a mug of hot chocolate, recently, it’s started leaving a more bitter taste.

Like everything that people come to treasure, big businesses quickly found a way to over mine this once precious commodity. Whether it’s an annual assault of increasingly rubbish Star Wars films, smearing TV shows in a ‘zany’ ’80s feel or the seemingly never-ending barrage of big-screen comic book heroes, what once felt like an exciting event has quickly become commonplace – routine.

Yet, if there’s ever been a time where people need routine, it’s now. As almost every aspect of our day to day lives has suddenly ground screeching to a halt, escaping to a comfortingly familiar fictional place is no longer indulgent entertainment – it’s a necessity. Thankfully for gamers then, this month sees a reimagining of two of the ’90s’ most beloved virtual adventures– Final Fantasy VII (FFVII) and Resident Evil 3.

A fluke in time

With both franchises recently going through something of an identity crisis over the last decade, breathing new life into these aging classics always made sense – take a look at where you came from to know where you’re going, and all that. Yet neither Capcom or Square could have predicted just how vital these games would feel by April 2020.

While film and TV studios have been merciless in their pillaging of old IP, so far, video games have had very few big-budget remakes of beloved classics. This means that after 20 plus years, a return to Final Fantasy VII was always going to feel pretty special. Yet, in a world where most people can’t even venture outside, strolling around Midgar’s brightly lit streets or grabbing a drink in Sector 7’s slums feels even more magical than its creators could possibly have intended.

Sure, exploring Resident Evil 3’s abandoned Raccoon City during a deadly pandemic may feel a little close to the mark, but at least in Capcom’s world the terrifying outbreak can be stopped and its enemies heroically defeated.  And if sticking it to a virus while tracking down a humanity-saving vaccine doesn’t sound like exactly what the doctor ordered right now, then, well… maybe it’s a good thing we’re not medical professionals.

Still, as anyone who’s played the series will guess, the latest Resi is far from realistic. For all Resident Evil 3’s cinematic scares, the wonderfully cheesy dialogue and over-the-top action make this campy, nostalgic fun, rather than a somber reminder of real-world events.

And speaking of events, with the film, TV, sporting and live music industries all pressing pause, outside of surprise new album releases (we’re looking at you, Little Dragon and Nine Inch Nails) video games are the last big cultural events we all still have to look forward to.

As the mass sales of — and the overwhelming discussions on social media around — Animal Crossing have proved, this is a time where people are all too willing to band together and to escape to a virtual world. With most housebound and many more living alone, these days playing video games are our social experiences.

Whether it’s hopping into an Xbox Live party with a group of mates, or simply embarking on a journey with a cast of virtual companions in Midgar, for the foreseeable future, these kind of adventures are our new days out.

It’s why that bitter taste has softened in the palette – and the sweet smell of comforting nostalgia has begun wafting its way back to our nostrils. Just as well as its served brides for centuries, the ‘something old, something new and something borrowed’ philosophy is a snug fit for both FFVII and Resident Evil 3.

As you may have read in various previews and interviews, Final Fantasy VII Remake’s first installment adds a surprising amount of new content to one of gaming’s most treasured tales.

Where Square’s PS1 original only spent six hours of its mammoth runtime in Midgar, the first episode of this remake stretches that section over a whopping 30 hours. How? By adding a wealth of new side quests and character-expanding story moments. While it remains to be seen whether all the new content will actually enrich the already brilliant narrative, it’s certainly a brave move to tinker around so drastically with a tale that millions hold so close to their hearts.

Capcom’s 11-hour Resident Evil 3 remake, however, is (slightly) less daring. While Racoon City certainly looks better than ever before (and cutscenes have, of course, been reimagined to make them feel suitably slick and cinematic) overall, this is essentially a tweaked twenty-year-old story coated in a rather lush layer of paint. Still, what a layer of paint. Thanks to some stellar lighting and a truly terrifying new iteration of Nemesis, this action-packed horror game is a joy to behold from start to finish — even if it won’t keep you occupied for long.

Yet, with the bloated Persona 5 Royal and the life-consuming Animal Crossing launching just before it, there’s certainly something to be said about a tightly-pace adrenaline rush that doesn’t outstay its welcome.

Where the revival of a beloved IP was once the cause for celebration, these days, the announcement of yet another reboot is more likely to elicit mass eye rolls than cheers. Yet thanks to us currently finding ourselves in a stranger — and let’s face it, bleaker — world, nostalgia no longer feels like such a dirty word. So before we all get to experience tantalizing new thrills with the likes of Ghost of Tsushima and The Last Of Us 2, there’s really nothing better than getting cosy and settling down with these two freshly-washed virtual comfort blankets.