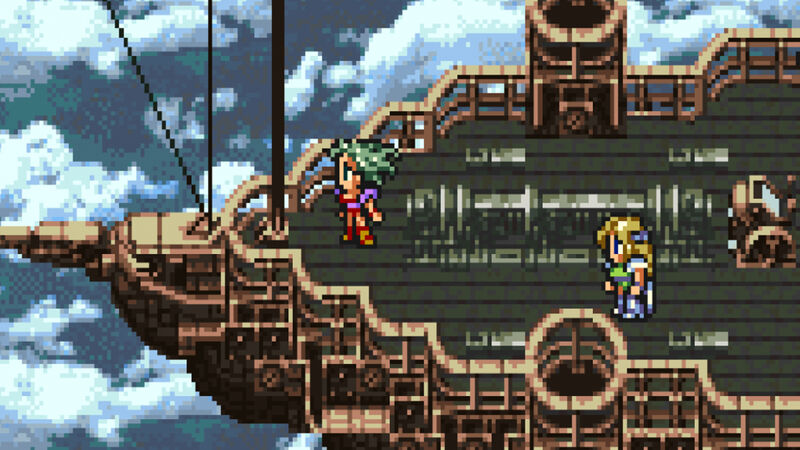 Why the Final Fantasy Games Are Classics

Let’s take a look and see why each of these games are legends.

The original Famicom release of Final Fantasy in 1987 was a last gasp effort by Square to make a game that would could save their studio, hence the name Final Fantasy. It was a big hit, and the rest is gaming history.

Instead of playing heroes with a defined personality and a tight plot, the original Final Fantasy opens with players forming a party of four members from a handful of classes (Warrior, Thief, Monk, Black Mage, Red Mage, and White Mage). They venture around the world to defeat the four elemental fiends.

It can be hard and rather grindy at times, but it’s a worthy playthrough to discover how almost every trope in the series started. There’s an impressive scope here even though the puzzles can be obtuse at times.

Different characters in the world join your party to fill the empty fourth spot in your party. Instead of boosting your stats through collecting experience points and gaining levels, Final Fantasy II uses a system not unlike The Elder Scrolls, where the more you do an action, the more proficient you get at it (cast a Fire spell a bunch and it will become stronger, etc.).

Even by today’s standards, the plot has some fun twists. The only main game in the series with such a radically different leveling system, Final Fantasy II is an acquired taste and the definite oddball of the bunch.

In some ways a remake of the originals, any plot nuances are jettisoned in favor of another tale of four tots restoring the power to the four elemental crystals. Players can now switch classes on a whim if they have enough Capacity Points.

Both the most challenging and longest of the first three Final Fantasies, Final Fantasy III demands players think outside the box to get through its many themed mazes which take advantage of its different classes.

The Pixel Remaster of Final Fantasy III will be the first time the game has been released in its original 2D format outside Japan; an earlier release ported to Steam was a port of the polygonal Nintendo DS 2006 release. Those looking for a harsh challenge will find it in spades here.

A sterling example of what was possible on the new SNES console, Final Fantasy IV combines a story that takes place both underground and on the moon, a rich score focusing on leitmotifs for each major character, and a bit more humor than the series had ever seen before. Although the story starts with Cecil, a Dark Knight who serves the Baron Kingdom, other memorable characters you can play as include Edward the Bard, Rydia the Summoner, and Edge the Ninja.

Although battles were turn-based as before, Final Fantasy IV featured the Active Time Battle system that allowed monsters to attack your party while you were making decisions, introducing a sense of urgency. If you’ve never played a game in the series, this is a good one to start with.

An evolution of the nimble class swapping system from Final Fantasy III, Final Fantasy V might be the most replayable game of the series. In short order, players are introduced to a selection of classes they can switch their party members to that can be a bit overwhelming.

The list of available classes you can pick from only gets bigger the further in the game you get. Featuring a relaxing music score, this game is a boon for those who like to perfect every stat on their ideal party before venturing on their next quest.

Final Fantasy VI is the epic to end all epics. It’s also one of the longer titles in the series, has a cast of over a dozen playable characters, and a second half of the game that is open-ended compared to the narrative heavy first half.

Introducing heavy steampunk elements into the series, Final Fantasy VI takes a bit to get its gears moving (so to speak). Once the story starts proper with the formation of a rebellion (yes, Final Fantasy loves this plot), you won’t be able to put it down. Its rich story and quirky moments (an interactive opera, a character with special moves that requires Street Fighter II-style controller inputs) make this game best enjoyed by those with a prior history of the series.

While you’re waiting for the Pixel Remasters, you can find awesome PC game deals right now on the Fanatical Store!