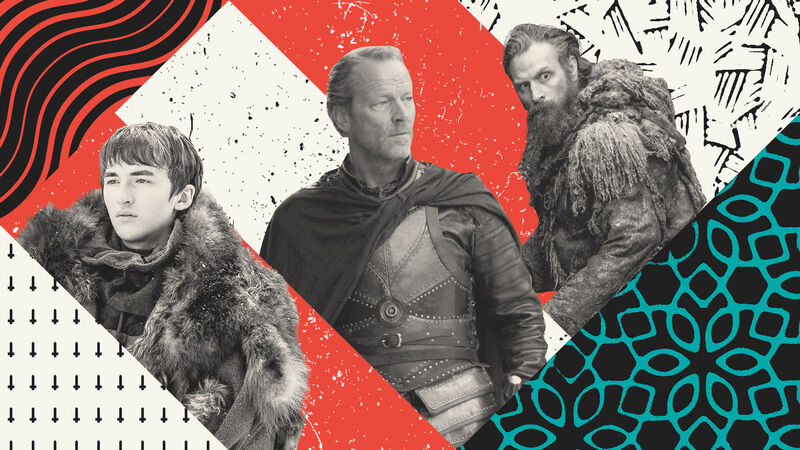 ‘Game of Thrones’ Death Pool: Who Will Die in Season 8, Episode 2?

While it’s still easy to assume we’re gonna lose some characters we love in the final season of Game of Thrones, most of Westeros came off pretty easy in the Season 8 premiere episode.

Indeed, aside from some unnamed characters — mainly soldiers, including some silent cameos by famous Game of Thrones fans like Martin Starr and Rob McElhenney — no one of note died in the premiere, “Winterfell,” except for poor little Ned Umber.

But death can’t be staved off forever. So will we begin to lose more prominent characters in the season’s second episode, airing Sunday? And who is the most likely to do so among the many possibilities?

We polled Fandom’s Game of Thrones community and the “winner” as we post this story is a character who began as a dangerous threat to Jon Snow and the Night’s Watch, only to become a trustworthy ally…

Tormund Giantsbane wasn’t always best known for having Jon Snow’s back and really, really liking what he sees when in the presence of Brienne of Tarth. Indeed, he was first introduced when Jon and the Night’s Watch traveled beyond the Wall and into the dangerous presence of the Wildlings, who had nothing but disdain for them. And Tormund was among the Wildlings who directly attacked the Wall, attempting to take out as many of the NIght’s Watch as they could.

But along the way, Tormund came to believe in Jon and his quest to unite mankind, regardless of what side of the Wall they came from, against the impending threat of the White Walkers. And over time, he became a staunch ally of Jon’s and a trusted and formidable comrade in battle.

Should our poll be correct and Tormund falls in the second episode of Season 8, we’ve affectionately prepared an obituary for him…

Tormund Giantsbane, also known as Tormund Thunderfist, Tall-talker, Horn-blower and Breaker of Ice, Husband to Bears, the Mead-king of Ruddy Hall, Speaker to Gods and Father of Hosts, has died.

Hailing from Ruddy Hall beyond the Wall, Tormund and his people joined Mance Rayder’s coalition of forces to defeat the Night King. Rising quickly through the ranks, Tormund became one of Mance’ most trusted lieutenants and later, an unexpected advisor and companion to Jon Snow. Over the course of several years and many battles, Tormund would come to see the world in much the same way as Jon Snow: that there is more that binds the peoples of the North together than tears them apart. To that end, Tormund dedicated the remaining years of his life fighting for the living, be they wilding or “kneeler”.

It is a testament to Tormund’s skills as both a fighter and silver-tongued negotiator that he was able to help bind the remaining Free Folk to the cause of the Night’s Watch in the aftermath of Mance Rayder’s execution at the order of Stannis Baratheon. Cajoling mortal enemies of thousands of years into a tenuous alliance, all while the bodies of their dead are still warm from the battlefield, is no easy feat. That the Free Folk would then shortly thereafter rise up to take Castle Black back for Jon Snow under the leadership of Tormund Giantsbane is astounding, given the historical bad blood between the factions.

Tormund Giantsbane was witness to some of the most pivotal moments of his day. He was there when Jon Snow first met Mance Rayder, forever altering the trajectory of history. He was witness to the assault on Castle Black and the subsequent execution of Mance Rayder. Tormund helped rescue thousands of Free Folk from the Night King’s horde at Hardhome. He was a hero in the Battle of the Bastards, fighting for the rights of the Stark family. He was witness to the crowning of Jon Snow as the King in the North. He saw the Wall fall and watched the Night King turn a dragon to his side.

Though he had a strong infatuation for Brienne of Tarth, Tormund leaves behind no wife or lands to his name. His two unnamed daughters, as well as all of the North, will mourn his loss.

Below is a sampling of comments the Fandom GoT community left with our poll, including who they might choose among those “Other” selections…

“i think sam will get killed by dany” – Itsjustmagnum

“either missandei or grey worm. It would just be game of thrones to kill of their romance just when everyone was shipping them.” – Ghostpanther218