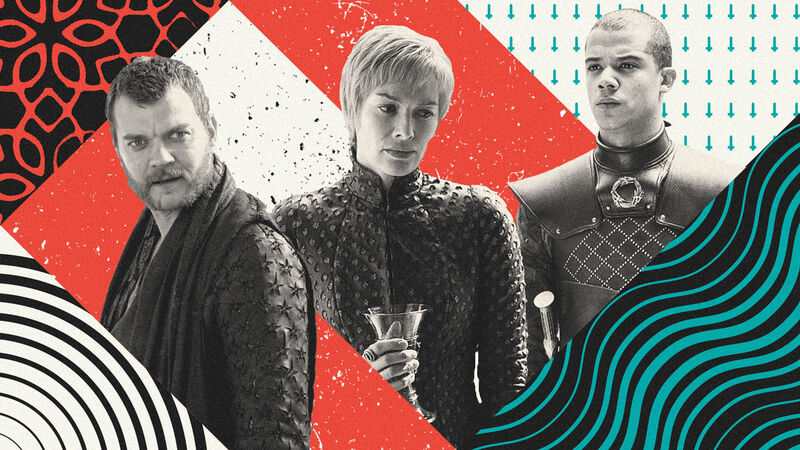 ‘Game of Thrones’ Death Pool: Who Will Die in Season 8, Episode 5?

Many predicted no one of note would die last week on Game of Thrones, on the heels of the Battle of Winterfell, but in fact we did lose Missandei and Rhaegal.

Of course, the actual top vote-getter in our weekly death pool leading into “The Last of the Starks” had been Euron Greyjoy. But not only did Euron survive, he triumphed – serving as the one who took out Rhaegal and sending Westeros’ dragon population back down to just one.

However, in a first this season, when we polled Fandom’s Game of Thrones community for the upcoming fifth episode of Season 8, we got our first back-to-back “winner.”

Yes, Euron was once more your choice for the most likely to die in the next episode. And certainly, with just two weeks left until Game of Thrones wraps up, it seems likely he will be meeting his maker soon. Though who knows? Maybe the dastardly, deplorable Euron will beat the odds and somehow make it to the very end alive!

For now though, he’s got the most votes to go out in Season 8’s fifth episode. And should we say goodbye to Euron on Sunday, we’ve prepared an obituary for him…

Euron Greyjoy grew up in Castle Pyke in the waning years of the Targaryen dynasty. Once that noble house fell to Robert Baratheon, Euron’s elder brother Balon declared himself the King of the Iron Islands. Euron himself led the Greyjoy Rebellion’s fleet in the Raid on Lannisport which saw the entirety of the Lannister fleet burned while anchored in their harbor. Despite this victory, the Greyjoy Rebellion would ultimately fail. Euron went into exile rather than bend the knee, spending the next several years traveling the world as a pirate.

Ever opportunistic, Euron returned to the Seven Kingdoms from beyond the Jade Sea in the aftermath of the War of the Five Kings. With Westeros in turmoil, Euron returned to claim to the Salt Throne after the untimely death of his brother Balon. Euron would later take credit for his brother’s death, claiming Balon needed to be taken out of the equation, to the agreement of the other Ironborn lords. After Euron ousted his niece Yara Greyjoy and her brother Theon during the Kingsmoot, the younger Greyjoys fled the Iron Islands in rightful fear for their lives. They would remain traitors to him until his dying breath.

Allying himself with the Lannister queen, Euron and his fleet brought Cersei a decisive victory against Daenerys Targaryen. The Ironborn ships destroyed the Targaryen fleet and Euron captured or killed many high-profile Dornish women, including Ellaria Sand. Euron further ingrained himself to the Iron Throne by providing Queen Cersei with 20,000 fresh troops. The Golden Company, bought and paid for to protect King’s Landing from any and all pretenders to the throne. Euron hoped to take his place as King Consort to Queen Cersei after defeating the final vestiges of House Targaryen. Alas, it was not to be.

Euron Greyjoy is preceded into death by his brother Balon and his nephew Prince Theon Greyjoy. His leaves behind no wife nor heirs of his body. With this, the male line of House Greyjoy is dead.

Below is a sampling of comments the Fandom GoT community left with our poll, including who they might choose among those “Other” selections.

“Jon. Leaving Ghost behind like that is a very bad omen in the GoT’s universe.” – Lisa Day

“I think that Varys will die. I think Daenerys will kill him and really start to become ‘the mad queen’” – WellsCharlie81

“The Hound will square off against Gregor. He will kill Gregor. His work will be done. He will then die.” – Bleach87

“The fact that jaime and brienne had sex is already giving me signs jaime might die.” – Youknownothinjonsnow