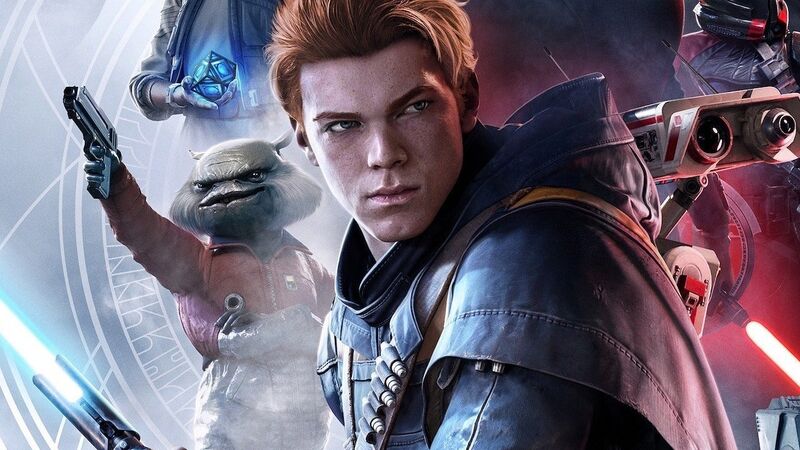 When it comes to film franchises ripe for the video game treatment, there are few juicier fits than Star Wars. This is a series that celebrates massive intergalactic combat, is jam-packed with awesome-looking weapons and vehicles, and boasts literally thousands of different planets to explore. Yet despite the franchise’s recent resurgence on the big screen, gamers haven’t been quite so lucky when it comes to adventures set in a galaxy far, far away.

So, what’s gone wrong? Well, it’s hard not to point the finger at EA. When Disney first announced its ten-year partnership with the prolific publisher, there hadn’t been a Star Wars movie for nearly a decade. Disney, however, quickly made up for it, with the last six years bringing fans five new feature films. Yet, bafflingly, the same time period has only produced two AAA Star Wars games.

Firstly, 2015’s arcadey Battlefront reboot, a fun (if shallow) multiplayer shooter that ultimately failed to deliver on the hype. Then came its sequel. Thanks to game-ruining pay-to-win microtransactions, 2017’s much-hyped Star Wars Battlefront 2 became one of the most hated releases in the medium’s history.

Now though, a new hope has appeared on the horizon. This November, gamers are finally getting their first entirely story-led current gen Star Wars experience – Jedi Fallen Order. But can it step out of the shadow looming over it and make up for the six-year wait?

Set between the events of A New Hope and The Revenge of the Sith, thanks to the Emperor’s Jedi-genocide decree, players find themselves in the shoes of one of the galaxy’s last remaining force users. With a few years having passed since the triggering of Order 66 and the Jedi all but extinct, young Padawan Cal Kestis sets out to track down the newly formed Rebellion and help stop the Emperor.

Sitting down with an extended demo at E3, the appropriately named Fallen Order seems to constantly remind us of the Star Wars projects that we lost along the way. Emerging from a sea of Kashyyyk’s rollicking waves, our plucky protagonist swims quietly over to the invading Imperial walkers, accompanied by his downright adorable droid companion, BD-1. Grabbing onto the vines coating the closest Walker, Kestis effortlessly scales its legs, shimmying up the vines and leaping from one walker leg to another in a way that can’t help but remind us of Uncharted. Is this a sequence left over from Uncharted creator Hennig’s game? Or merely a pale imitation?

Hurling himself atop of the firing Walker, Kestis uses his lightsaber as a masterkey, slicing open the tightly-sealed hatch and dropping inside. For anyone who’s played a ‘cinematic’ adventure game in the last ten years, what follows will feel fairly  familiar. Sneaking his way through the invading walker, the proceeding few minutes feel slick and tightly scripted. After squeezing his way through tight passages and clambering over a few environments, he stumbles upon some unsuspecting enemies. Instead of the clone troopers fans might expect from the era, enough time has elapsed for The Empire to have actual stormtroopers, and it’s here that we’re treated to our first glimpse of Fallen Order‘s combat.

Battles play out in third person, where a mix of light, heavy and forced-based attacks make the core of your repertoire. As our Padawan swings his lightsaber into the melee weapon-wielding troopers, it all looks fun, chaotic, and incredibly reminiscent of 2008’s The Force Unleashed. There seems to be a bit more emphasis on tactics here, admittedly, but while you can make Kestis dodgeroll and dash out of the way of melee attacks, hack and slash is clearly the name of the game. Sekiro this is not.

Still, that isn’t to say Respawn’s take on lightsabre combat is entirely bereft of new ideas. As the demo goes on, we’re shown an intriguing new force power that allows Kestis to freeze his enemies in place, buying him time to take down other, more urgent, threats. While developer Respawn Entertainment has promised a slew of upgradeable force powers, outside of the time-stopping ability, it looks to be your usual suite of force push, pull and lightsaber throws.

While it may not be a revolutionary new action game, for many fans, the promise of a new canon Star Wars story is the main draw. And in that regard, Fallen Order certainly looks intriguing. As Kestis talks control of the walker and reigns laserfire down upon The Empire, a familiar face clambers up onto the walker, Rogue One’s Saw Gerrera. Without a breathing apparatus in sight, the general is looking far healthier than he does in Rogue One, and after Kestis has blasted a slew of unsuspecting stormtroopers, Gerrera leads Kestis to a makeshift rebel outpost.

It’s at this point that we start to see a few unexpected (but welcome) gameplay features. Kestis has his own ship, allowing him to hop in, access its holotable and travel between planets at will. As our Jedi protagonist leaves his ship and talks to some Rebel soldiers, we’re treated to another surprise.Here, most of your non-cutscene character interactions will have branching dialogue options. While Respawn still hasn’t explained what (if any) longer-term impact these dialogue choices have on the story, being able to tweak Kestis’s response is still a nice touch.

With this being the Wookiee’s home planet, Kashyyyk, Gerrera reveals that it’s crucial the Rebellion gets to the planet’s Wookiee Chieftan before the empire does. The rest of the demo sees Kestis advancing across Kashyyyk, jumping, climbing and slicing his way across various stormtrooper-infested landscapes. Buddy droid BD-1 functions as your standard AI companion, dropping the occasional health pack, helping to scan the environment and — you guessed it — used to solve a few puzzles.

In other words, much of the gameplay is pretty much what you’d expect from a modern action adventure game. One thing Fallen Order does do differently, however, is its UI. Where most in-game menus drag players kicking and screaming out of the experience, here, maps appear as an unobtrusive in-game hologram. Want to upgrade Kestis’s skills? Instead of just scrolling through a menu, players are transported to a 3D environment, where you upgrade each skill by working towards the next branch in the interactive skill tree. With Star Wars offering such a rich lore to explore, it’s refreshing to see Respawn do its best to keep players immersed in this universe.

Speaking of which, the lighting and environments look great here too, with everything from dingy mine shafts to luscious foresty locales looking just as authentic as you’d expect. The music also hits all the right notes, with the score weaving in some of the series’ most iconic motifs into its original compositions. Unfortunately though, when it comes to hair and faces, EA’s Frostbite engine is definitely beginning to show its age. It’s hard not to feel that back in 2015, a game like this would have packed a lot more of a punch.

On paper, things couldn’t be going better for Fallen Order developer Respawn Entertainment. Not only are they responsible for creating one of 2019’s most popular games, they’re also only months away from releasing a solid-looking, officially sanctioned tie-in to one of the most beloved IPs on the planet. But thanks to decisions completely out of its hands, it’s difficult to see Fallen Order and leave without a sour taste in our mouths.

Based on what’s been shown so far, the ghost of Hennig’s series’ looms over Fallen Order like the shadow of the Empire. With Respawn’s game flaunting such Uncharted influenced gameplay, it’s difficult not to see this as something of a pale imitation. With Jedi Kestis limited to wandering only tightly-knit environments, it’s hard not to ponder EA Vancouver’s bounty hunter open world, and the game that could have been.

Despite that, there is definitely some promise shown in this demo. Combat looks frantic and fun, and the inclusion of dialogue options and fully upgradeable skill trees hint at a sense of depth that we haven’t seen in a Star Wars game since Knights of The Old Republic. Let’s hope that the final game proves us wrong.