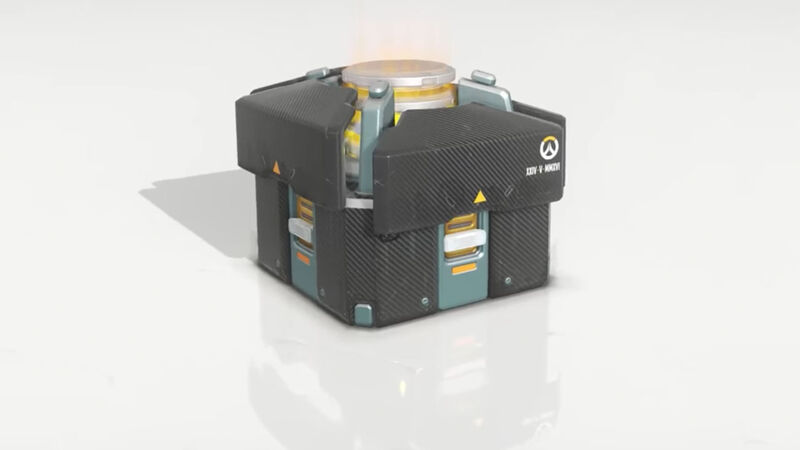 The Blurred Lines Between Loot Boxes and Gambling

From FIFA to Forza, it seems like almost every triple-A game has a loot box monetisation system these days. Publishers are tripping over themselves to implement randomised reward schemes, and it’s no mystery why: It’s extremely effective at making money.

Activision Blizzard made $3.6 billion from in-game purchases in 2016 — double the previous year’s figures. But as these systems increasingly emulate gambling machines, the ethics of offering them to the general public come into question.

It’s an issue we’ll see more and more of as the politicians, critics, and industry bodies of the world try to make sense of what essentially straddles the line between gaming and gambling.

The ESRB, the body responsible for videogame ratings in the US, has made its position clear:

“ESRB does not consider loot boxes to be gambling. While there’s an element of chance in these mechanics, the player is always guaranteed to receive in-game content (even if the player unfortunately receives something they don’t want). We think of it as a similar principle to collectible card games: Sometimes you’ll open a pack and get a brand new holographic card you’ve had your eye on for a while. But other times you’ll end up with a pack of cards you already have.”

Its equivalent body in Europe, PEGI, has deferred the issue to various national gambling commissions to define the term before committing to anything solid.

Essentially, both industry bodies are hiding behind a technicality that loot boxes don’t fit the legal definition of gambling. But legislation often needs to catch up with technology, meaning this could be a philosophy with an expiration date.

There are two aspects to this:

Most of the debate has focused on reward. The ESRB is basing its position on the fact that the player is guaranteed some form of reward with every opened loot box.

The ESRB is seen as a trusted industry body. But it’s also a self-regulatory body working with publishers who benefit massively from loot boxes. Its goal is to be pro-consumer — but as the industry’s collective understanding of this issue grows, it might take time for it to understand what the “pro-consumer” stance here really is.

In any case, by focusing on the fact that you always get something, it’s at best not telling the whole story, and at worst distorting the truth.

The Mechanics of Play

In terms of mechanics, these systems are more literally connected to slot machines and Roulette.

Just like many different game systems before them, the presentation of these rewards involve Skinnerian and Pavlovian reward structures.

What the hell does that mean?

It means these mini-games use decades of research into behavioural psychology to optimise your investment. The Skinnerian part involves feeding your brain rewards at just the right times to keep you coming back the most. The Pavlovian part works to associate certain actions or stimuli with reward.

All of that warrants its own article, which we’ll certainly do before long. But for now, what matters is it’s not just about what you’re getting. It’s about when you get it, how you get it, the sensory feedback involved, the mechanics of how it’s presented, and more.

These are the elements of creating addiction. Care to guess where the games industry learned these techniques? If you guessed the gambling industry, 100 points to Gryffindor.

The distinction here is important. Gambling is a behavioural addiction. These techniques are designed to capitalise on that compulsive behaviour, and maximise the little rush of dopamine you feel when you’re being rewarded. The reason there are helplines and warning signs about gambling is because certain people are more susceptible to it. Not to mention, in the gaming space these techniques are used, unregulated, on children.

Different games present the random outcomes in different ways, but they’re all based on random number generators operating within set parameters, sometimes with set reward schedules.

They’re all designed to get you playing more, and paying more. Given this is a well-researched field with proven results on how effective these techniques are, more emphasis should be put on this side of the equation.

What the player ends up with afterwards is only half the story. But even if you just focus on that, videogames don’t always end up superior…

This is where it gets trickier.

There are a few different reasons why the ESRB’s “the player always gets something” argument is misleading.

First of all, I’m pretty sure I can’t pay my rent with that sick CSGO knife skin, and the last time I tried my landlord blocked my emails.

Which is to say, you’re not actually receiving legal tender when you “get something back” from a loot box.

In fact, you don’t even have a (legitimate) option to exhange it for money. Once you’ve bought in, the value stays within that ecosystem. Imagine a casino that didn’t let you cash in your chips.

The few games that let you trade items (Hi Valve) take a piece of every transaction.

This is one of the main points of difference with a collectible card game such as Magic: The Gathering. When you buy those physical cards, you’re fully welcome to trade or sell as you please.

Sure, third-party selling and betting sites for CSGO skins exist. People have exchanged WoW accounts for years. But these sites are never sanctioned, and often insecure.

That’s not taking into account the fact that sometimes you get stuff you already have, or is otherwise useless to you. It’s nice that some games let you dismantle these items in exchange for some kind of “dust” which can be exchanged for another spin. But this is worth very little. The carny’s consolation prize.

While the amount of value the player gets back (known as RTP, or Return to Player) is heavily measured and regulated in gambling, these percentages and stats are hidden in videogames. For gaming publishers, the only guidelines to follow are what numerical formulas encourage the greatest spend.

It would be an interesting experiment to try and calculate the RTP of a game like Counter-Strike: Global Offensive using the real-world value of its loot box drops.

Competitive areas like Las Vegas might have an RTP of 98%, whereas New South Wales is around 85%. The highly competitive space of online gambling offers very high rates of return. Given many skins dropped in CSGO are worth a few cents, I wouldn’t be surprised if its RTP is far lower.

On top of that, video games are some of the worst offenders when it comes to using “funny money”. Thinking about value in terms of “gold”, or “gems” obscures an accurate assessment of spend. It not only secures a non-refundable transfer, it preys on minds who lose track of spend easier than others — a common trait of the problem gambler.

Monetised loot boxes serve one party: The publisher. Assuming you can’t target the virtual product you want, there’s no pro-consumer implementation of this. It’s the most popular progression and monetisation scheme among triple-A because it gets the most money out of players. The house always wins.

In North America, it looks like the ESRB is not going to do anything until public or political opinion sways it.

Currently the ESRB has a warning label for in-game transactions, which doesn’t affect its sale in any way. There’s another label for games that fit the legal definition of gambling, which automatically makes that game adult only. Such a rating would be retail death for a large-scale entertainment release.

In Europe, PEGI awaits the ruling of various national gambling bodies. It’s unlikely that these will judge loot boxes to fit the literal, legal definition of gambling.

Australia has its own crusaders against gambling within gaming, but they’ve mostly focused on third-party skin betting sites. Its industry body, the IGEA, is following the ESRB. But its ratings are decided by the Classification Board, which hasn’t weighed in.

Loot boxes blur the lines, and require their own category of thinking. If self-regulating industry bodies aren’t willing to step up, there’s a danger of governments stepping in and legislating on matters they don’t fully understand.

Then again, if you open up the definition of gambling to include any system where you pay and get a randomised product, the ramifications are huge. It would include every kind of physical card game (such as Magic: The Gathering), as well as collectible sports cards.

So not doing anything isn’t ideal, and neither is shoehorning loot boxes into the gambling category. It’d make more sense to think of some kind of middle space, and it would also be very forward-thinking to include the mechanics of play in any such definition.

Not all loot boxes are created equal. We’ve just seen a mostly unobtrusive implementation in Shadow of War, while seeing an openly cynical implementation in Battlefront II. Even within this small category of maybe-gambling, there are shades of grey.

Add into that the many different definitions of gambling across different regions (or even just state-to-state in the US) and you’ve got a complex cocktail of variables. Any potential legislation would affect triple-A releases massively, and triple-A games are the biggest culprits.

Make no mistake, though. As voices from the industry, government and consumers debate the issue, we will move towards some kind of action. There’s a gold rush right now, but people are becoming more educated on the nature of these psychological tricks.

It’s in the best interest of industry bodies to maintain their reputation for responsible, proactive self-regulation.