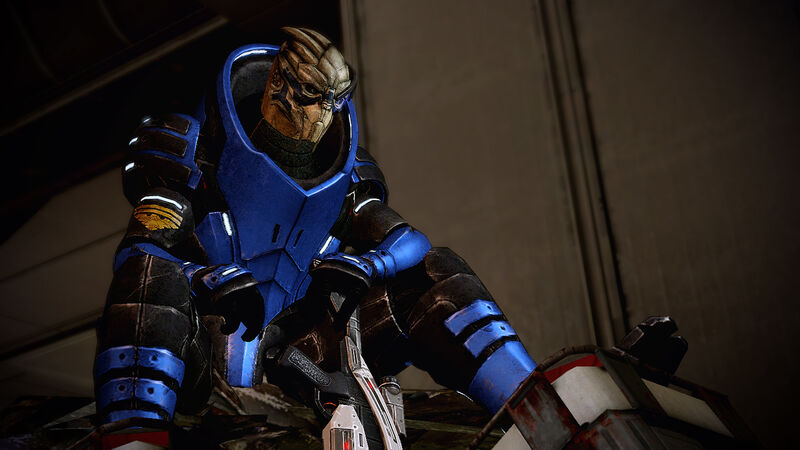 How ‘Mass Effect 2’ Cements Its Legacy in Gaming

It is a great time to be a Mass Effect fan. Not only does Mass Effect: Legendary Edition drop later this year, but thanks to a teaser from The Game Awards 2020, we now know that BioWare has another Mass Effect game in the works. But why talk about this now? Well, January 26th marks the 11th anniversary of Mass Effect 2 (10th anniversary, if we’re looking at the PlayStation 3 release). Even after 11 years, this sequel remains not only a standout of the series, but has also gone down in history as one of the greatest space-faring ARPGs of all time.

Since its release in 2010, not only has Mass Effect 2 won numerous awards, including the 2011 BAFTA Games Award for Best Game, 2010 VGX Award for Best RPG, and 2010 Golden Joystick Award for Ultimate Game of the Year, but it also won a place in the heart of its fans. You can easily find Mass Effect 2 on several gamers’ “Top 10 Games of All Time” lists to this day. Heck, I personally love Mass Effect so much that I own the games, several collectibles, and even play in a Mass Effect RPG podcast. So, why has THIS game stood the test of time, burning as bright as a mass relay in the heart of gamers everywhere? We can boil down Mass Effect 2’s legacy into three main components: Characters, Narrative, and Gameplay.

Best Crew in the Milky Way

When you think of Mass Effect 2, what is the first thing that comes into your mind? Commander Shepard floating lifelessly through space? Rescuing humans from gooey Collector pods? Maybe you’re thinking of Mordin’s intelligent, fast-talking nature; Tali’s naive yet enthusiastic demeanor; or, of course, Garrus’s charm and, ahem, calibrations. To me, Mass Effect 2‘s most memorable aspect is its rich cast of characters. Each crew member has a specific personality, background, opinions, and relationships with other crewmates. These aspects are explored in each character’s recruitment and loyalty missions.

The crew missions are complex and often feature deep character interaction (along with some exciting combat). Specifically, the loyalty quests all have a personal meaning for the involved character: Samara tracking down her missing daughter to kill her. Legion stopping a Reaper virus from infecting the Geth. Both the recruitment and loyalty missions take time—time that allows you to savor these missions and let the characters have a lasting impact on you as the player.

Compare this to another critically acclaimed BioWare game: Dragon Age: Inquisition. This game features similar character-based side quests, but not all of them pack the same punch. For instance, Sera (a member of the Inquisition) asks you to execute several table missions for her group, the Friends of Red Jenny. These War Table missions have you choose one advisor to handle a text-based situation. However, upon the final mission, you accompany Sera to a fight and either decide to kill or spare the Lord that has been killing her comrades.

The only moment of growth you experience with Sera is AFTER the final part of her character mission, in a cutscene in the Tavern. This lackluster relationship building doesn’t happen in Mass Effect 2. We grow emotionally attached to each Normandy SR-2 crew member because we fight alongside them through difficult tasks and have a physical presence in their personal lives.

And, of course, I can’t continue this piece without mentioning the romance. I mean, c’mon, it’s a suicide mission—there’s no better time confess your feelings for another character. The romances feel great in Mass Effect 2 because the characters feel like real people. You get to know them and their likes and dislikes. You grow with them throughout the game, just like a real relationship. This is why a lot of gamers can immediately tell you who they romanced in Mass Effect 2. Although he may be pixels on my TV screen, I completely fell for Garrus’s confident and composed nature. Having him wine and dine my Shepard made my little gamer heart soar. Throughout Mass Effect 2, the diverse cast of characters on the Normandy goes from acquaintances to family (and sometimes to lovers).

Narratively, Mass Effect 2 kicks off with a bang—literally. As soon as the prologue starts, you have to watch the dramatic death of Commander Shepard. (And this was four years before Call of Duty: Advanced Warfare’s “Press F to Pay Respects” opening.) Throughout Mass Effect 2, you are tasked with building the best crew to help you execute a suicide mission at the end of the game. The title does not hold back in regards to stakes and narrative. This simple plot allows for fluidity and more profound character moments and choices.

One of the best aspects of Mass Effect 2 is its pacing. Each mission, moment, and plot development leaves the player feeling engaged and wanting more. Nothing ever drags on for too long or is too quick not to be enjoyable. The threat of the Collectors (and subsequent Reapers) keeps the plot moving at a naturally good pace.

Moreover, Mass Effect 2’s narrative is all about decisions. Each choice has a consequence, ranging from how bad your facial scarring appears to if you even survive at the end of the game. You, the player, are in complete control of Shepard and the lives of your Normandy crew. Typically, studios have a tough time making a sequel stand out. But not Mass Effect 2. This title is an example of what happens when you give aa talented group of developers the money, time, and opportunity to craft something extraordinary.

Sequels allow developers to make improvements, and one of the best made to Mass Effect 2 was trading Mass Effect’s in-depth RPG controls with fast and condensed combat. Instead of dictating the moves, maneuvers, and combat details of yourself and your team, players were able to focus solely on THEIR Shepard’s abilities. Likewise, controlling your party members was reduced to a simple weapons wheel and command point button. This is what transitioned Mass Effect from your standard RPG to an ARPG (Action RPG). Combat never felt repetitive. Instead, it felt thrilling with every new obstacle.

Meanwhile, a brilliant new feature BioWare added to the game was the Paragon/Renegade dialogue interruptions. These dynamic options helped the player create unique storytelling moments and make choices that would impact another character, situation, or the ending entirely. Players could find themselves making the Paragon choice to tell a young man on Omega not to aimlessly join a band of mercs, or the Renegade choice of killing one of the Blue Suns engineers before he finishes fixing a ship you have to fight later. These interruptions helped fuse narrative and choice more actively throughout the game.

A great sequel builds on its predecessors’ foundation, and Mass Effect 2 did just that. The devs were able to consolidate combat into a riveting and straightforward system. They made the Paragon/Renegade system more engaging than just simple dialogue wheel options. And yes, they even got rid of the M35 Mako. (RIP Mako.) Had Mass Effect 2 solely had the characters and narrative it did, but none of the gameplay evolutions, I’m confident we would not be discussing it with such high regard. And call me strange, but I still love planet scanning and feeding my collected space fish after 11 years.

You Are the Legacy

Overall, outstanding characters, narrative, and gameplay easily make for a solid game on paper. But what is the secret sauce of Mass Effect 2? It’s you—the player.

Ask anyone their favorite part about Mass Effect 2, and it will usually be something different. The character they romanced. A funny bit of dialogue between their two favorite crewmates on a mission. Or even a point in the game that was the result of a choice THEY made. These moments stick with us because we helped create them. I honestly remember crying after completing the game and having my entire combat team survive the suicide mission. Gamers have such an emotional tie to the Mass Effect 2 characters and title as a whole because it asks you to invest your own time, thoughts, and emotions into it.