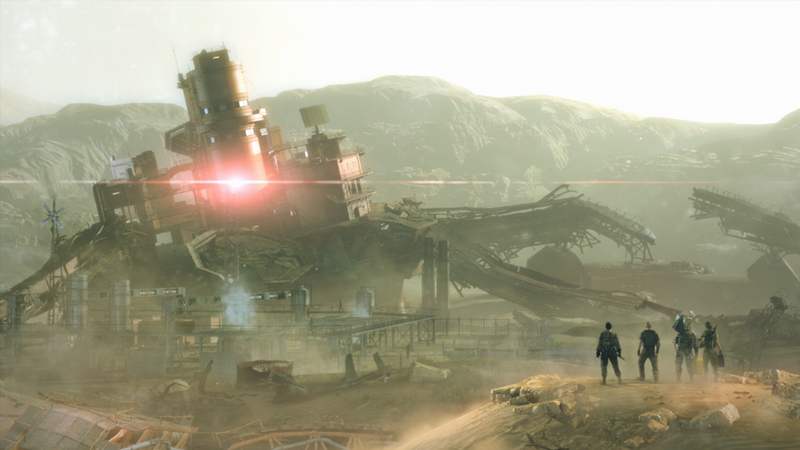 There was a brief moment where it genuinely looked like we would never get another new Metal Gear game. With the seminal stealth series being one of the most beloved IPs in gaming, and 2015’s Metal Gear Solid V: The Phantom Pain enjoying massive commercial and critical success, that may sound utterly unthinkable. Yet, after Kojima Productions finally wrapped up The Phantom Pain’s lengthy development, the atmosphere behind the scenes was far from celebratory.

THE FALL OF KONAMI’S BIG BOSS

The trouble started before Metal Gear Solid V even hit shelves. In the final year of The Phantom Pain’s development, the series’ visionary creator Hideo Kojima announced that this would be his last ever Metal Gear – and then suddenly, went completely silent.

That same week, the game’s publisher, Konami, quietly pushed out a press release stating it was having a “corporate restructuring”: which involved moving its existing studios over to a headquarters-based model and making some “personnel changes”. Few could have predicted, however, that this was actually the start of a shockingly bitter breakup between Konami and Kojima.

In an unbelievable twist of events, this seemingly reasonable job departure rapidly escalated into a feud so heated that Kojima was actually prevented from finishing his own game. Much to fans’ frustration, The Phantom Pain was released without a true ending, with the game’s intended finale only surfacing as a half-finished cutscene in the director’s cut edition.

This quiet war of attrition continued to escalate, with the publisher swiftly removing Kojima’s name entirely from the game’s credits and erasing any trace of him from Metal Gear V’s boxart.

If that wasn’t bad enough, Konami then went on to cull Kojima’s promising-looking Silent Hills project, before infamously preventing him from collecting awards for The Phantom Pain at 2016’s Game Awards.

From the outside, things weren’t exactly looking great for the future of Metal Gear.

Yet, to everyone’s surprise, a few months after all this drama unfolded, Konami revealed it would be bringing out a brand-new entry in the franchise: the aptly named Metal Gear Survive.

With the series’ creator having severed his ties with Konami, unsurprisingly, this 2018 release isn’t a true Metal Gear sequel. What is surprising, however, is just how bold of a departure this new entry really is for the franchise.

In what feels like a bid to avoid enraging fans further, this water-testing spin-off sensibly bypasses series’ canon completely. Set just after the events of Ground Zeroes, Survive takes place in an alternate universe to the main Metal Gear games – and bizarrely, in an alternate genre too. In Lieu of Metal Gear’s trademark tactical espionage action, Konami’s latest instead borrows from the hugely popular survival genre.

With this controversial curiosa now only weeks away from launch, we paid a visit to Konami to get our first proper taste of this new Kojima-less Metal Gear. And after spending six hours with a near-final build, it turns out that this looks to be very much a game of two halves.

Survival of the Fattest

Playing like a blend of Rust, Fortnite and Metal Gear Solid 3, Survive feels entirely unlike any other MGS game — and not necessarily for the better. Taking control of a nameless member of Militaires Sans Frontières, as Big Boss and Kaz flee the sinking Mother Base, the remaining soldiers find themselves sucked through a wormhole – and into a far bleaker situation. Waking in a post-apocalyptic land overrun by mutants, it’s up to players to build a base of operations from scratch and ultimately, find a way home.

Starting off our six-hour demo as a lone wolf, we found ourselves standing in the remnants of a once-great base. With the ruins of a sand-coated Big-shell-like structure looming over us, it was up to us to re-establish a base of operations from scratch.

Armed with just a spear and an I-droid — the data-gathering device from Metal Gear Solid V — our first task is to gather three memory cores that have been lost to our post-apocalyptic surroundings. Taking a healthy dose of inspiration from Metal Gear Solid 3, here, players need to also forage for food and water if they want any chance of completing their mission.

Unfortunately, though, in Metal Gear Survive your protagonist seemingly needs to consume an entire week’s worth of calories if you want to actually make it through each mission intact.

Taking a Stab At It

Armed with just a spear, we spent most of our first-hour hunting down fearsome foes like gerbils and stray dogs. And no, we’re not talking dogs of the walking, metal variety either. Yet, unbelievably, after a brief sprint and a few half-hearted jabs at some rodents, everything proved too much for our seemingly hardened special ops unit to take, with the screen blurring around us as he panted uncontrollably. With each physical action using up huge amounts of stamina, MG Survive is a game where you constantly have to watch your hunger and thirst meters. This means that ensuring you’re well stocked up before you embark on each mission is utterly essential to your success.

This creates a loop of venturing out to gather supplies, returning to base to cook food and then eventually undertaking your mission – and it quickly grows tedious. To make matters worse, even with the right prep done beforehand,  the sheer number of enemies you’re sent up against meant that even early missions could still feel unfairly challenging.

With Metal Gear Survive’s alternate universe overrun by a seemingly endless horde of zombie-like mutants, you’ll regularly find yourself facing off against dozens of enemies on your own. Armed with just a spear and machete initially, the key to survival is what you can craft mid-battle. As well as enabling you to build new features for your base, collecting the right resources also enables you to construct some pretty handy structures.

On our way to retrieve a memory core, we were tasked with sneaking into a base that was crawling with a horde of “not” zombies. Yet, try as we might to retrieve our precious i-Droid upgrade, both stealth approaches and full-on assaults saw us mauled to death over and over again. The only option left was to try something cheap.

This time, we ran over to the front of the base, erected a few fences and then lured the mutants towards us while we poked them with our spear through the chain link fence. Bizarrely, this seems to be the approach to combat that Metal Gear Survive encourages, and while it’s certainly unique, we’re not convinced how fun of a battle system it actually is.

While our demo began after the game’s opening cinematic, what little story we did get to experience felt jarringly un-Metal Gear. Instead of the usual Codec conversations packed full of charmingly convoluted rants about politics and philosophy, the dialogue we encountered here was little more than straightforward, po-faced exposition.

Do this, go here, etc. It’s in these moments that Kojima’s absence feels even more glaringly obvious. It’s this lack of the series’ usual character and quirk combined with a tedious gameplay loop that had us coming away feeling pretty lukewarm about Survive as a single player game.

Still, our time with Metal Gear Survive wasn’t all bad. For the first time in the series, multiplayer is an undeniable high point. While the core gameplay loop of hunting and managing resources grew tiresome on our own, it took on a fun twist in the wave-based multiplayer mode.

Here, teams of four are tasked with infiltrating a base, building up its defences and then surviving against the mutant horde for as long as humanly possible. It’s a fun and frantic take on horde mode, with the game’s defence-building elements adding a genuinely unique-feeling twist to a well-worn multiplayer staple.

In a nice touch, your inventory and unlocked skills carry over from single player to multiplayer and vice versa. So any materials or weapons you discover in multiplayer missions will be kept in your inventory and can also be used in single player, which should help to make the game’s hard as nails story mode a fair bit easier. This does mean, however, that you’ll want to make sure you’re well prepared and kitted out in your own game world before daring to dive into multiplayer missions.

Still, for many fans, Metal Gear games are about compelling single-player experiences. And based on what we’ve seen so far, Metal Gear Survive feels seriously lacking in that department.

Admittedly, we only played the opening few hours, so there is scope for the game to improve as it goes on. But regardless of what comes next, when you’re playing alone, Konami’s latest certainly doesn’t leave a great first impression.