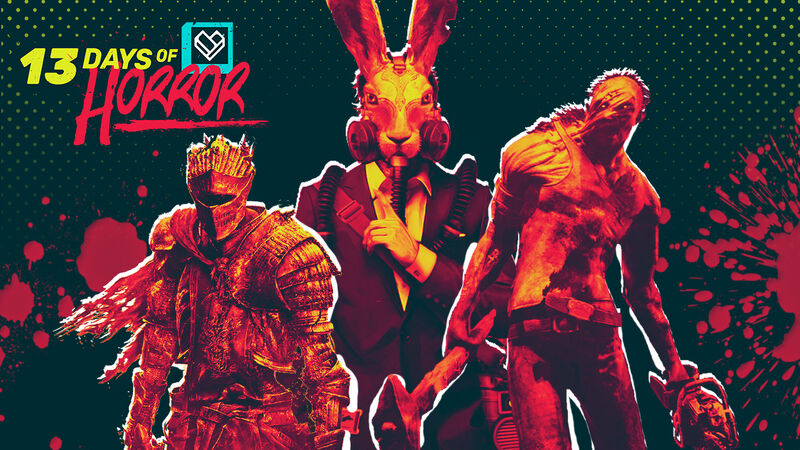 One of the best horror games around is Dark Souls. It’s tense, frightful, laden with gothic imagery, and punishing in a way that is often mistaken for ‘difficulty.’ But at some point in every Dark Souls fan’s life, they’re just not scared any more.

If you’re running around naked with a giant hammer fighting bosses, there’s a decent chance you don’t find the game scary anymore. You’ve moved beyond timid caution into mastery — maybe even mockery. That’s not a fault of the game — actually, what makes Souls fans so rabid in their praise for the series is that FromSoftware accounts for and accommodates this.

Sadly, many other horror games don’t have the robust gameplay to accommodate this transition. That’s why you need to look at multiplayer horror games if you’re trying to find something you can return to over and over for your healthy dose of stress relief. Here are some of the best to take a look at.

People… What a Bunch of Pricks

DayZ is the grandaddy of Multiplayer Survival Horror. For years Survival Horror was used to describe any game where you were surviving and horror was involved. Where resources were scarce and scary things lurked around every corner. Silent Hill, Resident Evil, Alone in the Dark — all of these were labelled ‘survival horror’.

At the time, we didn’t know the true meaning of either.

In those games, survival meant you’d be struggling to remain at 100% health. At best, you’d have to combine some herbs, or do some simplistic inventory management. Nowadays, survival means you wake up in the middle of nowhere and you need to decide whether you prioritise not starving to death or finding a weapon to protect yourself.

And horror involved meekly peeking around corners lest a dude in a Pyramid Head helmet catch you unawares. These days, it involves cowering in a dilapidated house, terrified of firing your weapon because you’ll attract zombies — and possibly worse.

While DayZ might have died off a bit since its heyday thanks to a lengthy development cycle, there are some fantastic alternatives out there. Rust is almost as old as DayZ, and while it strays closer to the survival than the horror, it’s grown into a very impressive game over the years.

A brand new one that is capturing the attention of lapsed DayZ fanatics is SCUM. This elaborate sweat simulator balances the survival and the horror nicely — adding in a crazy amount of data via biometrics to allow players to fully understand why they’re constantly dying of starvation, or a B12 deficiency or because you haven’t pooped recently.

Against that, the horror is ramped up thanks to the existence of menacing robot sentinels designed to guard the high loot areas of the map — these serve as scary obstacles for players trying to acquire the best gear. In PVP situations the robots focus in on the sound of gunfire, forcing you to make tough decisions about whether you’ll engage in combat or not. Add to that the reanimated corpses of former players, and SCUM can be extremely scary.

“Nobody Trusts Anybody Now.”

If Survival games aren’t your thing — and let’s face it, spending eight hours getting gear and food together only to die to a random zombie can burn anyone out — then Thing-a-likes might be more up your alley.

Playing on our inherent distrust of one another, Thing-based multiplayer horror games lean heavily on social interaction as a skill differentiator. A reference to the John Carpenter classic The Thing, these games are technically asymmetrical co-operative experiences. You and the other players work together to complete objectives around the playing area until you reach your end goal — be it extraction or escape.

The twist is that members of your party are working against you. They’re monsters, you see, and they don’t want you to escape — they want you to die!

The horror inherent is obvious — you can’t trust anybody, and as the game progresses tension mounts as the monster gradually becomes more powerful. Talking to your teammates is critical here, which might rule it out for some — but telling your crew who they can or can’t trust is usually the only way to survive.

The role of monster is generally randomly assigned, which means anyone could be a monster — including you. Even as a monster, the tension is still there — you’ll fail if you can’t kill your teammates in time, or if they find out your terrible secret, so there’s a delicate balancing act at hand as you play through the game.

One of the best in this genre is Deceit. A free-to-play game, Deceit is half-Saw, half-The Thing. You’re locked in a level, completing simplistic puzzles to escape the clutches of an unseen madman, unsure whether those locked within are monsters or humans.

Unfortunate Spacemen is a little more constructed in its gameplay — the objectives make more sense, and there’s a good sense of humour pushing it along — but it’s also more expensive, and currently only in Early Access. It’s worth keeping an eye on if you enjoy the Thing-a-like style of play, but Deceit should have you covered for now.

One, Two, Freddy’s Coming For You

The Slasher style of MP Horror lays the asymmetrical horror out for you from the get-go. In these games, you know there’s a killer, and you need to avoid them to escape. There’s no questioning whether a teammate messed up on purpose, or crazy accusatory shouting matches — there’s you, a handful of powerless teammates, a bunch of objectives and a terrifyingly powerful killer.

These are some of the best, purest horror experiences. Knowing the killer is nearby and desperately trying to stay hidden, balancing your own safety against the fact that you need to complete objectives to actually win, trying to keep your teammates alive, or to rescue them from doom — in Slasher style games, you get the opportunity to test whether you would make the same mistakes as the victims in films.

Dead by Daylight is the obvious stand-out in this category. It had a rough start, with inconsistent networking and some poor level design resulting in a number of unfair deaths at times. But the consistent support from the developer Behavior Digital has turned it into a brilliant test of nerves for players who queue as a survivor. And if you want, you can play as a killer as well. With killers inspired by some of the best slasher villains ever, Dead By Daylight is a fantastic horror game.

Friday the 13th: The Game is the other big name in this genre, and while it’s graphically more impressive than Dead by Daylight, and does some interesting things thanks to its connection to the film series, a significant increase in cost and ongoing legal issues mean it isn’t worth getting into.

Joab Gilroy
Joaby
Joab is a games critic from Australia with over 10 years of experience and a PUBG tragic.