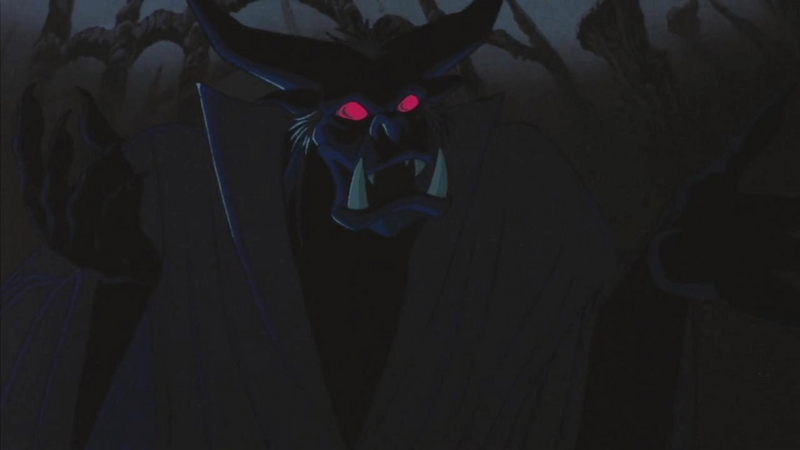 When I was very young, there was always one movie in my cartoon collection that I could never watch all the way through. That film was Little Nemo: Adventures in Slumberland. Before we dig into the scary stuff, a little background on the film and its source material are necessary.

Little Nemo: Adventures in Slumberland is based on the comic strip Little Nemo in Slumberland by Windsor McCay. The premise involved a little boy named Nemo and his fanciful excursion through his dreamscape. The strip and its successor, In the Land of Wonderful Dreams, were incredible experiments with sequential art and remain cornerstones of the comic artform to this day.

McCay himself first brought his creation to the silver screen with the animated short Winsor McCay, the Famous Cartoonist of the N.Y. Herald and His Moving Comics. A subsequent live-action adaptation in 1984 very loosely took inspiration from McCay’s world, but it wasn’t until 1989 when Tokyo Movie Shinsha — the studio behind Akira — decided to embark on a joint venture with American studios to make an ambitious animated feature film based on McCay’s works.

The basic premise of Little Nemo: Adventures in Slumberland (simply Nemo in Japan) is not far removed from the comic. In this version, King Morpheus, the ruler of Slumberland, has decided to name Nemo his heir. The king gives Nemo a key that can open any door in the kingdom, but Nemo is warned never to open the door with a dragon symbol on it. Thanks to some peer pressure by Nemo’s Slumberland friend Flip, Nemo eventually opens the door and unleashes the Nightmare King. What is the Nightmare King? At first, he’s represented as a sentient black sludge, with tints of blood red bubbling underneath.

Nem otriues to warn King Morpheus, but the king is too preoccupied with his festivities. The Nightmare King makes its way to King Morpheus and consumes him. If you feel so inclined, you can witness this horror show here:

This is already shaping up to be some good material for therapy later on in my adult life, but leave it up to the filmmakers behind Little Nemo: Adventures in Slumberland to up the ante. Nemo eventually travels to Nightmare Land in order to save King Morpheus, and its here that we see the Nightmare King in all his royal glory.

Drawing heavily upon the classic horned image of Satan and mixing it with the visage of a bat, this was the thing that made me eject my VHS copy out of the player every time I’d try to watch it. His glowing red eyes and his almost silhouette form crafted a creature that is eerily primal. It’s not hard to believe that the Nightmare King is some kind of real malevolent deity.

Little did I know that my copy as a child was missing eleven minutes of footage, including a scene where the Nightmare King consumes an entire army when he finds out that they haven’t killed Nemo. This guy does not fool around. Though he’s eventually defeated by Nemo, even his death scene is pretty frightening.

I’ve since come to love the Nightmare King. He obviously takes a huge inspiration from Fantasia‘s Chernabog and that’s never a bad thing. His time in the film is short-lived but it’s effectively utilized. It was effective enough to keep me from watching it as a child. Thankfully, I was able to overcome my fear, in no small part to beating the NES game based on the movie. Once you beat the Nightmare King yourself, he doesn’t seem so scary anymore.

Little Nemo is a nice little gem of a film with stellar animation and a breezy plot that younger kids will appreciate. The fact that there’s a living embodiment of all nightmares in the film is an added bonus.

Would you like to be part of the Fandom team? Join our Fan Contributor Program and share your voice on Fandom!