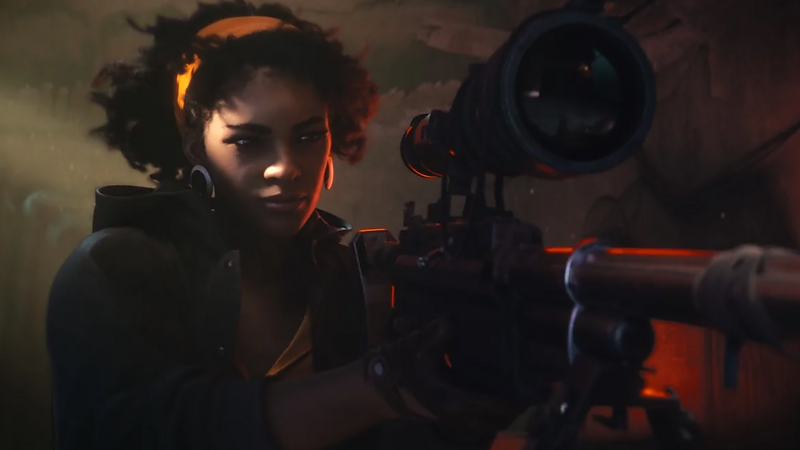 From exciting strategy releases to action-packed time loops, September starts the new season of gaming with great games coming soon to a PC near you.

Based on Homer’s legendary story of the Trojan War, the game is full of gods and monsters that you can recruit to help you besiege Troy. Whether that’s asking for favors of the gods to boost your soldiers, or having a Minotaur roaming around the battlefield, these will give you an advantage in the war.

Unlike other Total War games, there is a greater emphasis on soldier-to-soldier combat to reflect the source material. Infantry classes will have greater variances between speed and strength meaning you will have to plan your army accordingly. There will also be new abilities, such as flanking and anti-flanking, which determine weapons, and stances of the soldiers.

A Total War Saga: TROY was released on the Epic Games Store last year, but is releasing on Steam on September 2, 2021 alongside new DLC.

Pathfinder: Wrath of the Righteous (September 2)

The next game in the critically-acclaimed Pathfinder RPG series. Pathfinder: Wrath of the Righteous puts you in the shoes of a hero as you customize your character from 25 classes, 12 races, and thousands of spells.

Within the game, you’ll be able to live out your fantasies with the depth of the Pathfinder First Edition ruleset, and with every decision you make a consequence will follow. The game will react to your choices to determine who lives and who dies, and how the world around you will look as you and your companions venture ahead into the unknown.

If you’re into the combat of games then Pathfinder: Wrath of the Righteous is perfect for you as you will be able to slay your enemies in real-time with pause, or using turn-based. That way you can utilize all of your arsenal, including mounted combat, to deal damage to those that stand in your way.

Mystery and tyranny await in Tales of Arise, developed and published by Bandai Namco. Taking place on two neighboring planets, Dahna and Rena, the protagonists of the game—Alphen and Shionne—will determine the fate of them.

Alphen is an iron-masked individual whose home planet has been enslaved for the past 300 years by the nearby planet of Rena. As he fights to free his people he encounters Shionne, a girl from Rena on the run. We don’t know yet what twisted fate brings these two into their unlikely partnership but we promise it’s going to be exciting.

It looks like the two characters’ stories are pretty interlaced so we’ll likely have both in our party joining us on the (beautifully textured) road.

If you aren’t well-versed with the typical Tales battle system, they take place in a 3D space but characters run in a straight line towards a target with a focus on combo meters and special attack. Notably, combat is set to be faster than previous games, with a newfound emphasis on dodging and support abilities.

Produced by the studio behind the awesome Dishonored series, DEATHLOOP takes inspiration from the studio’s previous games with slick, fast-paced gameplay.

In the game, you will be hunting down eight targets before the day resets. You will use your wits, skills, and the time loop to your advantage as every time you die or run out of time you will be starting the day again. It’s not just fast-paced parkour where you go into every fight guns-blazing, you will also have to mix up your style with stealth elements to get through the levels.

You’ll have to stay on your toes too, as whilst you hunt, you’ll also be hunted. As you play as Colt and try to stop the loop on the Isle of Blackreef, you will be hunted down by a rival assassin, Julianna, who can be controlled by the AI or by another player in a multiplayer mode.

In the game you’ll have to think differently in multiplayer matches as you master unique abilities across five 25″ rounds. Battle against friends and foes to be the victor as you set up your turn by progressing your characters, laying damaging toxic waste in front of enemies to block their path, or land a devastating shot to an enemy.

Strategy is key to victory, and this unique title offers fast but competitive matches across different game modes such as Domination, Seek & Destroy or Retrieve XM.

Check out the games coming out soon on the Fanatical store today!