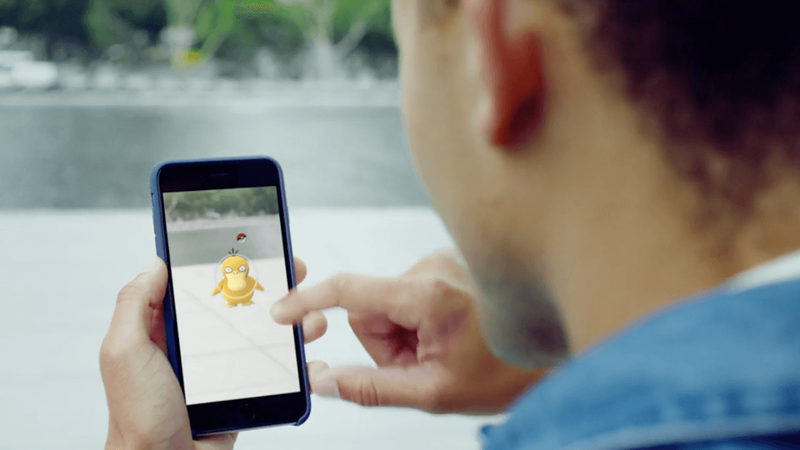 Pokémon Go has arrived on iPhone and Android, marking the arrival of the biggest app in Pokémon history. Like geolocation app Ingress, Pokémon Go follows you around real-world locales as you search out wild Pokémon, special landmarks, and hidden treasures all through your phone. For Pokémon fans looking to capture Magicarps or Zubats while walking around the neighborhood or heading to the park, this may not be as simple as it seems. If you’ve just downloaded the brand new app from The Pokémon Company and Niantic, there’s some must-know strategy before you sign in. Our Pokémon Go Starter Guide contains the best tips for beginners.

[This post was recently updated with new tips, so keep checking for more helpful hints. The newest entries are near the top. And check out the best Pokémon Go tweets.]

Get Pikachu as Your Starter Pokémon

At first glance, it may look like Bulbasaur, Charmander, and Squirtle are your only starter options. However, there is a hidden fourth option to capture Pikachu as your starter. Here’s how: When the game starts and you are surrounded by the other three, walk away (in real life). The other starters will keep respawning near your location, but keep walking, and eventually Pikachu will appear.

You Say You Want an Eevee-olution?

Catch Pokémon Whenever You Can

Veterans of classic Pokémon games will come to Go with the bad habit of avoiding some fights. In Pokémon X/Y it’s smart to see a Zubat and think “I’m not wasting my time on this stupid Zubat.” But in Pokémon Go, random encounters are your ticket to collecting more XP, Stardust, and other items needed to evolve Pokémon. So if you ever want you Zubat to become a Golbat, you need to capture all the Zubat’s you can, even if you immediately Transfer them to the Professor, thus losing them forever. No matter how useless the beast, ALWAYS try to catch it.

Having trouble winning even the seemingly easy gym battles? Well, no matter how feverishly you tap on the screen, you can’t win without a good strategy, and part of that is learning Pokémon types. See, every monster has a type (sometimes two), and that determines strengths and weaknesses. Fire beats Ice, Flying beats Bug, and so on all determine what will win in a fight, so you have to plan a balanced team when you’re standing outside a gym, ready to go. If you haven’t memorized it all yet, just have this handy chart nearby.

See How Close a Certain Monster Is

Do you hope to find some fresh Pokémon that are seemingly in your area but you just can’t seem to reach them? Here’s a tip the app doesn’t make all that clear. When you open up the list of nearby Pokémon list in the bottom right of your screen, you’ll see a list of monsters, each with footprints underneath. The more footprints, the farther you need to walk from where you currently are. And if the number of footprints doesn’t decrease, you’re clearly headed in the wrong direction. Hopefully this will get you closer to the rarer beasts you’re searching for.

Incense is great for if you’re walking around and want to increase your chances of having a random Pokémon encounter, but there’s a better way to get results if you want to invest in a Lure. These purple products turn PokéStops into magnets for creatures, benefitting not just yourself but other trainers in the area. You sometimes get Lures as bonuses for leveling up, though you could also spend some real world money in them if you’re really desperate.

You Can Always Run From A Battle

Your starter Pokémon will be familiar to longtime fans, as you’ll be given a choice between capturing Bulbasaur, Charmander, or Squirtle, the classic Red/Blue starters. That’s when you’ll see the touchscreen mechanic of flicking Poké Balls at monsters in an AR vision through your phone’s camera. It seems easy at first, but after your first few captures, you’ll see yourself missing more often that hitting. If you’re starting to run low on Poké Balls, you can always run from a fight, so don’t be scared to let a Pokémon go and conserve your resources.

Pokémon Go‘s Choice in Monsters Is Based on Location

Getting tired of seeing Zubats and Pidgeys everywhere you turn in the city? Well, you might have better luck if you head somewhere different. Perhaps to inspire exploration or simply to get players to head to a park, you find different types of Pokémon based on the area you’re in. Open Pokémon Go near a river or lake and you’ll find water types like Gyarados. Head to the woods and you might encounter an Oddish. Just know that if your choice in Pokémon is seeming pretty shallow, try heading somewhere new.

Even if you aren’t catching new Pokémon, exploring landmarks in your neighborhood every day unlocks new items like Poké Balls or eggs when you visit them. Just like in traditional Pokémon games, those eggs can grow into new Pokémon, but only if you put them in the Incubator. Every step gets your egg one step closer to hatching, and if you want to spend real world money, you can have more than one Incubator to maximize every step you take. But definitely, keep an eye on your egg collection so you know you’re getting all you can out of your Incubator. Also, the eggs that take longer to hatch have a higher chance of spawning rare Pokémon.

I can only speak to playing Pokémon Go on my aging iPhone 5s, but it devours my battery when it’s active. I was exploring Pokémon Go for my entire hour-long morning train commute, and by the end of the trip, my phone went from 100% to 65%. If you’re in a similar situation, there’s a battery saver option in the settings. I haven’t really seen a marked change in the app’s battery consumption since turning it on, but just be aware that your phone needs a lot of juice to hunt down Pokémon.

That warning on the loading screen isn’t joking around. Pokémon Go is about taking the experience of Pokémon to the real world, but you can’t forget the real world around you. Walking the streets of San Francisco this morning, I was caught up chasing a Staryu and nearly walked into oncoming traffic, and this was after bumping into a dude on a skateboard while chasing a Zubat. Be careful how drawn into the game you get, especially in a busy city like the one I live in. You don’t want the paramedics to find you with a Pokémon app open, do you?

Be Patient With The Servers

Like most online games, you’re bound to find server issues in the early days of availability. I’ve signed into Pokémon Go multiple times to get the warning that the servers are down. Most of the time they were back up when I returned 15 minutes later. So be ready for a little instability and cross your fingers that it’ll all be sorted out in the first couple weeks of Pokémon Go‘s existence.