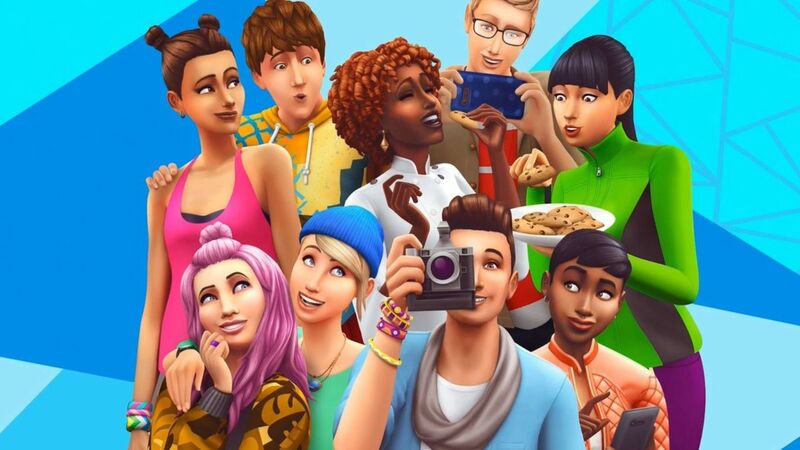 The Sims 4: Cottage Living is finally here, and fans eager to get their farm on are already diving deep into that cottagecore lifestyle. But where does Cottage Living fall on the spectrum of The Sims 4’s myriad Expansion and Game Packs? We’re examining each addition to The Sims 4’s rapidly expanding gaming universe to determine the best, the worst, and everything in between.

In theory, getting a pet for your little Sim buddy seems like a nice idea, like letting your Tamagotchi have a baby. But, for some reason, you also have to contend with the possibility of your pet running away forever, breaking your Sim’s heart. Why would they include that? Even worse, this Expansion Pack is notably buggy, resulting in pets frequently getting trapped outside—which, of course, can result in them running away. Hard pass, even if they are super duper cute.

I hope you didn’t work too hard on your Sim’s outfits, because any time it gets a little chilly out, they’re gonna throw on their special “cold weather” outfit, which is never as cute. Not only that, it seems that the Sims universe has an infinite amount of holidays, including one where you’re supposed to beat up your neighbors, for some reason? And if your Sim doesn’t participate, they get ridiculously bummed about it. Celebrating the holidays shouldn’t feel like this much of a burden.

This one isn’t totally The Sims’ fault; I just didn’t buy this Pack because I don’t like Stranger Things. I’m really sorry. It’s literally the only one I don’t own. It’s probably fine.

What’s more fun than pollution? Turns out, lots of stuff. Yeah, say goodbye to the pristine green world of The Sims, because if you don’t watch your carbon footprint, you could be personally responsible for digital global warming. That’s a pretty heavy burden for my Sim, considering she’ll pee where she’s standing if I don’t tell her to go to the bathroom.

This is a Game Pack that has a great concept and some cool elements (that soundtrack!), but is burdened by bugginess (which prevents you from completing the tedious fetch quests that NPCs make you do). It’s also pretty much just an advertisement for Galaxy’s Edge in Disneyland and Disney World, and paying actual real-life Simoleons for a buggy ad just isn’t my idea of a good time.

Finally, the stress of a packed school schedule, but in a video game that I play for fun. There are never enough hours in a day to get anything done, so your Sim winds up stressed and exhausted if they have anything more than one class on their schedule. Relatable, but not exactly fun.

I was prepared to love this one, but soon discovered that it’s pretty hard for a computer to tell if interior design is good. Clients give helpful insights into their personality to guide you—really useful stuff, like how much they love theater or hate alternative music! Thanks, Bella Goth, I’ll be sure to incorporate that into your new bathroom.

I honestly really like this one! The only reason it’s ranked so low is because there’s just not a lot to it. You can run a restaurant. You can go to a restaurant. It’s a nice element to add to your gameplay, but on its own, it’s a little thin (at least in comparison to other Packs). “Going to restaurants” is one of my favorite activities, so this does appeal.

Much like Dine Out, Spa Day introduces fun new gameplay options (the Wellness skill, the ability to die in a sauna) that add color to the base game but don’t exactly stand on their own, even by Game Pack standards. This one does have a massage table, so I can watch my Sims get all their knots taken care of while mine get worse with every passing second.

Listen, I’m not a “camping” person. Tents seem like a nightmare to set up, starting a fire is intimidating, and, frankly, the outside is full of bugs, whereas the inside is not. Fortunately, I’m able to vicariously experience the magic of the great outdoors thanks to Outdoor Retreat. My Sim can go on a hike, have a weenie roast, and get the crap scared out of them by a bear. I don’t want to do any of that, but watching my Sim do it? Now, that’s another story.

This Pack takes us on a journey to the made-up Mt. Komorebi, which is based very much on not-made-up Japan, including architecture inspired by Honshū and Hokkaido, and a delightful hot pot set for your Sim to play around with. Though the architectural additions are honestly extremely pretty (and being able to set your Sim’s utensil preference is a thoughtful touch), the “mountain” activities fall a little flat. Making your Sim learn how to snowboard isn’t exactly SSX Tricky levels of fun—mostly, you watch them go up the hill, then go down the hill, then go up the hill, then go down the hill. Probably fun for the Sim, but pretty tedious for me, the person playing The Sims.

This is the only Sims Pack where you can get your Sim-diana Jones on and fight mystical skeletons in mysterious ruins. Your Sim wields a machete, hacking through foliage and uncovering treasure, learning all about archaeology (and skeleton-fighting) in the process. It’s honestly rad.

Island Living is another “send your Sims on vacation” Pack—but the thing that sets it apart puts it fins and tails above the rest. That’s right: you get to be a mermaid in this one. You get to swim around, splishing and splashing, looking at fishies, collecting pretty shells… you know, mermaid stuff. You can also make casual conversation with other Sims by asking if they’re mermaids, but be careful—some of them get offended by that, for some reason.

Parenthood is a beefy Game Pack, its focus exclusively on deepening a preexisting gameplay element: kids. Thanks to Parenthood, your Sim child is no longer a personality-free shell with a weird face; now, they have interests and stuff (and also a weird face). Child Sims were blessed with character values that shaped who they became as adult Sims; already-adult Sims could grow their Parenthood skills, increasing the chances for their children to become Sim-doctors or Sim-lawyers, instead of Sim-criminals or Sim-vloggers. Confession time: this one’s only ranked #8 because I literally never give my Sims children. I just don’t have the attention span for a fake child, especially now that they require actual love and care, like a real child, or a Tamagotchi.

At long last, the gameplay element we’ve all been waiting for: your Sims can finally be cool. Get Together introduced clubs that your Sim could join, like Partihaus (Sims who love to party), the Good Timers (Sims who love to have a good time), and the Renegades (Sims who just can’t stop renegading all over the place). The game also introduced the DJ skill and the Dancing skill, which you could max out to create the literal coolest Sim of all time.

Move aside, Pelican Town, because Henford-on-Bagley is here to let gamers everywhere live out their pastoral-est fantasies. You can learn to cross-stitch, you can grow vegetables, you can raise llamas—all that farm stuff. It’s got a lot of fun new elements, some snazzy pre-styled looks, and legitimately cute objects to stuff in your Sim’s cozy little cottage. The only downside that keeps me returning to Stardew Valley for my farm-based gaming needs: the animals in Cottage Living get old and die. WHY. STOP. LET MY COW LIVE FOREVER.

Welcome to Glimmerbrook, a magical new neighborhood where getting into fights with your neighbors is fine and cool, even if it isn’t the holiday where you’re supposed to do that. That’s right: you can wizard duel in this game. Sims can learn a variety of spells, ranging from mundane (Delicioso, which makes a meal appear out of thin air) to sinister (Morphiate, which turns a Sim into an inanimate object). The best part is definitely the cauldron, which is giant and extremely impractical for my Sim’s sad little starter house, but makes bomb mac n’ cheese.

Work is no longer something your Sims do while you wait for them to come back, like a lonely pet, or my Tamagotchi (I’ve really gotta check in on that thing). Join your Sims as they advance their careers in science, medicine, or detectiving. Inexplicably, this game also re-introduced Aliens, because why not, I guess. Hey, if they want to become detectives, too, then more power to ‘em.

Not every Sim is happy living in the suburbs—some of them need a little more noise pollution in their day-to-day. City Living brought with it the bustling city of San Myshuno, as well as cockroach-riddled apartments, nonsensically themed festivals, and the ability to turn your Sim’s passion for social media into a full-fledged career. City Living also introduced Lot Traits, imbuing your home with mystical auras like “romantic” or “inexplicably full of terrifying gnomes.”

Finally, a Sims game for all the spooky little freaks out there! (We deserve it.) Your Sim can begin the game as a vampire, or they can become one the usual way: accidentally start dating one, have them reveal their secret to you in the woods, climb a tree for some reason. Your Sim can become the most powerful vamp of them all, enthrall every NPC they meet, sleep in coffins, and get the world’s nastiest sunburn. It’s a spooky little hoot.

Get Famous is, hands-down, my favorite Pack in the entire Sim-verse. I can stream The Sims (in-game) while streaming The Sims (IRL). It’s meta as hell. Of course, if you’d rather not send your Sim down the stream rabbit hole, they can become a famous actor, a famous painter, a famous musician… the world is your (famous) oyster! Once your Sim is properly famous, they can get perks (like brand deals, a PR agency, and being really sparkly everywhere they go). Of course, they need to be careful that fame doesn’t get to their head—they could be saddled with deeply relatable quirks, like being addicted to their phones, or becoming too serious to understand jokes. Honestly, that just sounds like most people on social media, but in The Sims you can at least drink a magical potion to fix your behavior.

Even though this is only a Stuff Pack, it’s worth including because you get to GHOSTBUST IN IT. YOU GET TO BUST GHOSTS. Also, if you become good enough at communing with spirits, you can summon Bonehilda, and date her. Or let her clean your house, I guess, but dating her is way more fun.