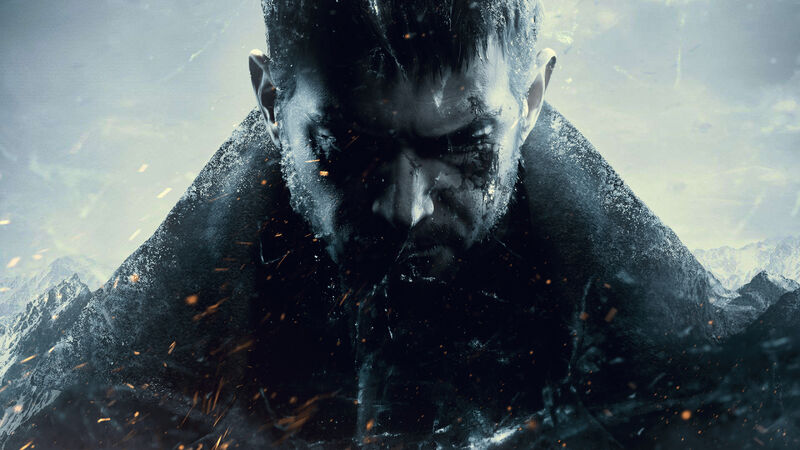 Resident Evil Village will unearth new horrors within the snow-filled settings of an eerie European location in May—with more mysterious secrets to unravel and plenty of danger for gamers to confront (or avoid)!

Along with returning characters from Resident Evil 7: Biohazard, and the likes of Chris Redfield from other main entries in the franchise, there will, of course, be some new antagonists and the “we can’t work out whether you’re good or bad” type NPCs also making an appearance. From the information and trailers provided by Capcom so far, here are the main characters you can expect to see in Resident Evil Village:

Ethan Winters first appeared on our gaming screens back in 2017 as the protagonist in the survival horror game Resident Evil 7: Biohazard, which was the first game of the main series to steer away from the usual cast of characters with a brand-new story.

Ethan survived the traumatic events that took place at the Baker estate in the USA, where he went in search of his wife, Mia, and got a lot more than he bargained for. Mia was possessed by a genetically-modified human called Eveline while aboard the Annabelle cargo ship, which led to her running riot and attacking Ethan… she even sawed his damn hand off!

Eventually, Ethan and Mia escaped the nightmarish Eveline and the “Mold” that had infected the Baker family and nearby areas—and now, they find themselves living in a wintry European village under the protection of the Bioterrorism Security Assessment Alliance (BSAA).

Nothing goes well for Ethan, however, as he is once again sucked into a rescue mission of loss, pain and tension.

A former researcher for a secret crime syndicate known as The Connections, Mia Winters found herself in a whole lot of trouble during Resident Evil 7‘s storyline, as she was infected by a E-Type bioweapon known as Eveline during a mission to transport the dangerous young girl to a facility in Central America.

When the tanker becomes shipwrecked after Eveline attacks the members on board, Mia is taken in by the Baker family who, unbeknownst to her, had also taken in Eveline after finding her among the wreckage. Little did they know that this would lead to a major outbreak of the Mold virus.

Having been cured of the virus at the end of RE7 by Ethan, the couple flee the country and start a new life elsewhere, now with their beautiful baby girl. However, something evil is stirring in their new surroundings—and when Chris Redfield appears, their lives are turned upside down once again.

Aw, sweet Rosemary Winters. This little bundle of joy is Ethan and Mia’s daughter and a new face in the Resident Evil series… she’s a newborn baby after all! Rosemary is a human mutant, due to the Mold infection that consumed Mia, prior to her conception.

Not a lot is known about Rosemary at this point; however, details from the trailers so far suggest that she is taken away by Chris Redfield. It appears that the game’s antagonists are hunting Rosemary as she is an important part of their plans—but what plans, exactly?

BSAA Chris Redfield has been around the block, and he’s back—looking blockier than ever. After the events of Resident Evil 7, in which Chris helped Ethan and Mia defeat Eveline and escape the Baker estate—as well as hunting down Lucas Baker in the Not a Hero DLC—Chris is tasked with infiltrating a European village on what he assumes will be another “end of the world” type mission.

In Resident Evil Village, Chris is now also the leader of an elite group called “The Hound Wolf Squad,” who show up at Ethan’s home from early trailer footage. Chris appears to be quite sinister in this entry in the series, but surely our lovable beefcake can’t be a bad guy?

Well, from the trailers that we’ve seen so far, it’s not looking good: he shoots someone and then (allegedly) takes poor Rosemary Winters away. Not exactly the reunion Ethan would have wanted. We’ve also seen on various versions of the official Resident Evil Village artwork that Chris has a “split-face,” looking battered and bruised one side, with a furry werewolf head and gleaming eye on the other. Will Chris turn into a monster? We’ll have to find out!

Although his stature and somewhat eerie persona may be worrying to gamers at first, it looks like the Duke could be the friend you always wanted—especially if you’re trying to rescue your baby from a group of evil werewolves, vampires, witches, and god knows what else is out there.

He hasn’t quite got the swagger of Resident Evil 4‘s “What are you buyin’?” Merchant, but he makes up for it in a large selection of wares at Duke’s Emporium for Ethan to choose from. Here, you’ll be able to purchase and customize weapons, as well as stock up on useful items for your travels.

The emporium will also allow you to sell valuable items for lei (the in-game currency) in the Duke’s Purse section of the shop. We know so far that Crystal Skulls, which some defeated enemies drop, can be sold at a high price.

You can also hunt animals to obtain ingredients that the Duke will in turn mix together in a recipe for you to consume, giving Ethan stat boosts such as decreased damage when blocking.

Lady Alcina Dimitrescu is a mutant human countess and one of the main antagonists of Resident Evil Village. Standing at over nine feet tall (yes, you read that correctly) she wields gigantic retractable claws and will pursue Ethan through the halls of the grand castle, much like Mr. X in the Resident Evil 2 remake.

Her appearance—according to Village‘s art director, Tomonori Takano—was inspired by a Japanese urban legend called Hashaku-sama. From the trailers, we know that she is connected with some secret ceremony (we assume it’s linked with Rosemary Winters’ capture) and that she reports to a mysterious figure known as “Mother Miranda.”

Due to her claws, many have linked her attributes with the Tyrant species seen in the majority of Resident Evil games. However, the lore suggests that she has been around some decades prior to the creation of any Tyrant (Mr. X, Nemesis, etc.)… so what on earth is she?!

Said to be inspired by the Brides of Dracula in Bram Stoker’s Dracula, the three witches are haunting foes who roam Castle Dimitrescu under the command of their so-called mother, Lady Dimitrescu.

These sinister sisters are able to teleport short distances and use hordes of flies to damage nearby enemies. Bela, the eldest sister, is believed to be the quiet and more reserved of the three; middle child Cassandra is more sadistic, and loves tormenting and killing her victims; the youngest, Daniela, is said to be the craziest (and possibly scariest) of them all. All three sisters are hypersensitive to sunlight, so maybe crack a window or something!

Ruler of an eerie Eastern European village, Mother Miranda (or just Miranda, if you want to be bold) is a mysterious woman in a feathery cloak, whose face is concealed behind a golden beak-like mask. We haven’t seen much of this character so far, but from the trailers it appears she is the leader of whatever cult, club, or organization that Lady Dimitrescu belongs to. We’re unsure at this stage whether or not Mother Miranda is the main antagonist, but, uhh, we don’t trust her!

In allegiance with the Beneviento, Moreau, and Dimitrescu families, Karl Heisenberg and his clan are notorious in these parts for running their family-owned factory with an iron fist… a spiky, bloody, cruel iron fist, at that!

He’s seen in the early trailer donning a duster and hat, with a pair of quirky sunglasses and (more importantly) a massive, steampunk-style hammer—no doubt a creation of his own, courtesy of his expert engineering skills.

Despite being an ally of the long-standing noble houses, Heisenberg and Lady Dimitrescu appear not to see eye-to-eye on all aspects of their families’ close relationships. In addition to this, one of the early screenshots released by Capcom shows a werewolf-like boss who wields a large bloodied hammer… who just so happens to be wearing a long coat.

Whether or not this is in fact Heisenberg, we’re keeping him at arm’s length—actually, more like a large hammer’s length!

Puppets creep us out, so Donna Beneviento is already one character we’re looking to avoid spending a lot of time with. Living in a fog-filled valley on the outskirts of the village, Donna Beneviento is one of the four lords who serves under Mother Miranda. If we had to hazard a guess, we reckon her doll, Angie, holds the key to her mysterious powers—so we’re going to be emptying our ammo trying to destroy it!

A mash-up between Quasimodo and Victor Deshayes, Salvatore Moreau is another of the four lords serving under Mother Miranda. There isn’t much information at present about this twisted monstrous being who spends his time hiding in a reservoir away from prying eyes—but he certainly has a similar look about him to one of the uglier werewolf creatures on the prowl.

Pre-order Resident Evil Village from Fanatical.com now for $10 if you use this link!