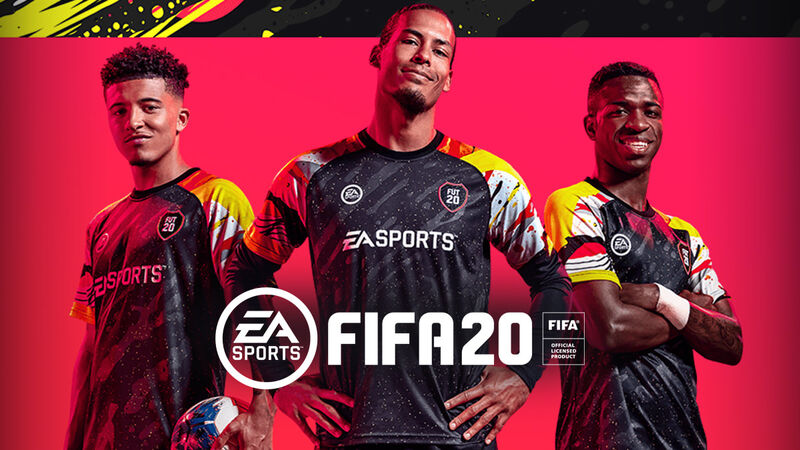 What do the New Generation of Real-World Footballers think about ‘FIFA’?

It’s strange to think that to many of the 45 million people estimated to play it daily, the word ‘FIFA’ is one more synonymous with a videogame than it is a corrupt governing body for the world’s most popular sport.

Listed in the Guinness Book of Records as the world’s biggest selling video sports franchise, last year it was estimated that the FIFA series had sold over 260 million copies. Long gone are the days when EA’s title would jockey with Konami’s Pro Evo for supremacy within the soccer simulation market. In 2019 FIFA is as much a part of modern football as VAR and Graham Souness getting in a tizz about the workrate of Paul Pogba.

It says a lot about FIFA’s status in 2019 that it’s the football game that actual footballers, not only play, but pay close attention to. Not a season goes by without a player complaining about stats they’ve been awarded by the game. In 2016 former England stalwart Rio Ferdinand frivolously (we hope) tweeted a threat to EA that he would “tear down” their offices after he was awarded 65 out of 99 for his passing ability. Crystal Palace’s Patrick Van Aanholt once accused FA of a ‘lack of respect’ after he considered his stats too low.

And it’s not just about the numbers; rising Chelsea star Callum Hudson-Odoi recently complained about his likeness in the game. Manchester City left-back Benjamin Mendy grumbled that his avatar looked more like Emile Heskey. Manchester United’s Jesse Lingard just wanted the game to reflect his new haircut, though in fairness, he moans about that every season.

And as FIFA becomes more and more realistic in replicating the professional football experience, there have been claims from some quarters that the game may have a positive impact on players real world abilities. The iconic Zlatan Ibrahimović once claimed that his “ten hour stretches” with the game resulted in him “spotting solutions in the games that I then parlayed into real life”.

Everton’s Nigerian international Alex Iwobi says that the time he’s invested in playing FIFA has helped him suss out potential opponents on the pitch for real. “I look at his name and then try to remember how good he was on FIFA” he says. Far from viewing a keen FIFA habit as detrimental to a professional players life, a growing number of football people have suggested that it might actually aid their development. Stevie Grieve, Head of Analysis and Opposition Scouting at Dundee United told The Guardian last year of his experience coaching young players in India. “I found that [FIFA] actually helped them very quickly,” he says, “going from having zero understanding of anything to do with structure and tactics to getting it fairly quickly”.

“I’m not sure I believe that,” says Tyrese Campbell, when FANDOM floats the idea with him. Tyrese, as those in the know will be aware, is one of English football’s most exciting new talents. The son of Arsenal and Everton legend Kevin Campbell, despite being just nineteen the imposing forward has already established himself as a fixture in the squad of Championship big guns Stoke City. The £1.75 million pounds the Staffordshire club paid Premier League Champions Manchester City to lure Tyrese away from their youth set-up is already looking like shrewd business. Oh, and Tyrese is absolutely fire at FIFA.

“I started playing when I was about eight,” recalls the striker. “I’d play career mode, although I got into Ultimate Team in a pretty serious way right from the word go. It’s easily the best football game there is. Nothing comes close really. It’s the only game I play really, FIFA and Call of Duty. The only time I’m not really thinking about it is when I’m actually on the pitch. You don’t think about anything else when you’re on the pitch. You’re just too involved to be thinking about anything else.”

And are you any good at FIFA, Tyrese?

A snort. The sort of snort innate to teenagers everywhere. “Yeah”.

Fair enough. Asked whether he thinks FIFA accurately replicates real football, however, and Tyrese isn’t as quick to answer. “I think,” he says, after letting the question marinate, “that there is an argument for there being some elements of the game that are. I think the artificial intelligence behind the runs your teammates make are pretty similar to the runs real players make in a real game. The positioning of players when you’re making passes I think is pretty accurate too. But in other ways, there’s nothing realistic about it…”

Tyrese sites situations where skill moves are used to pass an opposing player as “very unrealistic”. He says, “there’s no way in a real game a player would get past another player by using any of those moves. You just wouldn’t even try them. Also, sometimes in FIFA you can dribble and send the opposing player the complete opposite way. That would never happen…” Tyrese, it’s clear, has never played five-a-side with some of the showboating idiots that FANDOM has.

“I don’t really like the way the game makes everything an equal race, either,” he continues. “You can be playing with [Arsenal forward Pierre-Emerick] Aubameyang and you can be up against [Barcelona defender Gerard] Piqué. There’s no comparison between those two players in terms of speed. Aubameyang is much faster than Piqué, but the game presents it as an equal race. I don’t know why they do that.”

Seasoned players will be aware that the release of FIFA 17 in 2016 saw the inclusion of single player story mode The Journey, the story of aspiring footballer Alex Hunter and his dream to cut it in in the big time. Introduced to the franchise as an attempt by EA to replicate the experience of being a professional footballer, Alex’s story actually ends with FIFA 19. Tyrese isn’t much of a fan.

One thing Tyrese does approve of is his current rating in the game. “I’m in a career mode with myself at the moment,” he says. “I’ve got a few other footballers in my squad, other players from Stoke. They’re my boys so I try to use them as much as possible, though to be honest I often only use them for cup games. I think my rating is fair,” he continues, with shifting intonation in his voice that suggests he doesn’t really think his rating is fair at all.

“I’m happy with how far up you can go,” he laughs. “I think I’m on eighty-five or eighty-six now. I started on a sixty-three or a sixty-four, so I’ve gone up quite a bit. It’s the starting number I’m not really happy with. I think I deserved more…”

But what of that aforementioned belief that playing football on your games console will make you a better player on the pitch?

“There’s only one thing that’ll make you a better player on the pitch,” says Tyrese, “and that’s playing on the pitch. Playing FIFA will just make you better at FIFA…”