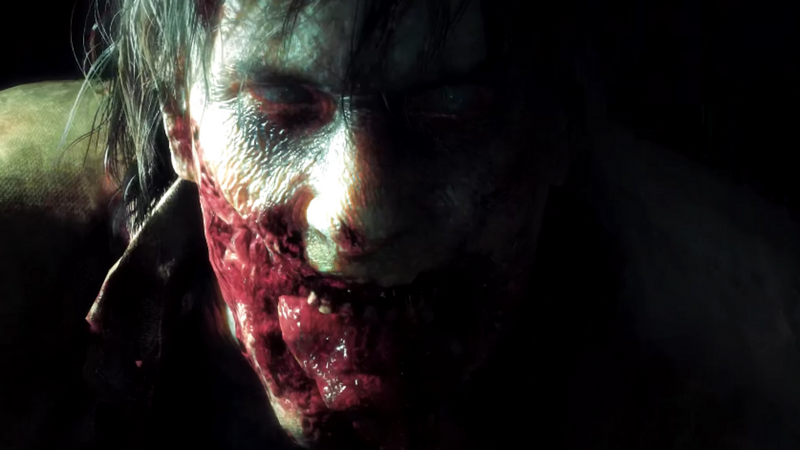 ‘Resident Evil 2 Remake’s a Ton of Fun, But Feels Too Familiar To Truly Frighten

Even before wading into the global upheaval that has occurred in the twenty-years since Resident Evil 2 defined what survival horror is – and released in 1998, just three-years before 9/11, in many ways this was a game released into a completely different world than the one we know now – it’s hard to deny that the horror genre has alo changed irrevocably since Capcom’s classic debuted.

Partly due to over saturation in the decade gone prior, partly because they seem pretty tame compared to the actual scenes of human devastation you can see on the evening news any day of the week, in 2018, zombies feel the most passé they’ve perhaps ever felt. Not only that, but the franchise itself has reinvented itself superbly at least twice in the years that have passed (first in 2005 with the action led RE4, then in 2017 with the first-person RE7). And then there’s the horror genre within videogames itself, which in 2018 feels almost unrecognisable compared to what it was twenty-years prior.

Who’s scared of zombies anymore? Are zombies really as scary as, say, thirty minutes on Twitter? As much as we love Resident Evil, there was a question that started niggling at the back of our mind: does anyone REALLY need a Resident Evil 2 Remake?

Released in 2017, there’s a game-cum-visual-novel called Doki Doki Literature Club! which is perhaps the most unsettling videogame this writer has ever played. It’s most effective if you go into it knowing as little as possible, so we’ll try not to spoil anything of the experience for you by telling you too much about it here. But the game is a complete, unadulterated headf—k.

It’s pretty much impossible to play Doki Doki Literature Club! without feeling like you might be losing your mind; though at the same time, it’s hard not to spend your time completely in awe at the sheer ingenuity on display within the game’s design. Developer Team Salvato has, quite literally, found a new way to scare.

Whether Resident Evil 2 – a very scary game in 1998 – can be a scary game in 2018 is something the modern-day games development team have discussed publicly in recent months. Director Kazunori Kadoi has recently addressed the zombie issue, stating his desire to “go back and remake [zombies] as a subject of fear, once again”.

To do this, the team have worked on the timing of when the game’s zombies raise their arms. How they recover from gunshot wounds. How they behave when they’re seemingly dead (proper dead, like dead, dead, zombie dead). But a bigger issue really, is whether the format of the game can still scare, in a horror game landscape where games as innovative as the aforementioned Doki Doki Literature Club! (or even something as unsettling as Playdead’s Inside or as brilliantly strange as Frictional’s SOMA) exist.

Few games, and even fewer horror titles, were as innovative as Resident Evil 2 was in 1998. So, are we just playing dress-up here? Or is this remake something more?

A Resident Evil 2 Remake has been on the cards for a long time now. The original game’s director, Hideki Kamiya, now of Platinumgames – the company he co-founded in 2007 with Resident Evil 1 and 4 director Shinji Mikami- has previously stated he had been pushing for a retooling of the game for years.

Remake. Refurbishment. Remaster. What you need to know is that the forthcoming Resident Evil 2: Remake is none of the above. What it’s perhaps best described as is a remix. All the hits from the original game are here, they’re just delivered in a slightly different way. This ties into the most significant change in how the new game approaches the source material.

Even with the reworking of core systems like those outlined prior, there are things about this iteration of Resident Evil 2 that just feel awfully out of place in 2018. For one, the dialogue is terrible, even for a Resident Evil game. Not funny terrible, just clunky terrible, like that old game where a person writes a sentence on a piece of paper, then folds it over and passes it to someone else to follow it up, and so on, resulting in linguistic drivel; you almost feel embarrassed for Leon and Claire, in that they have to say some of these lines.

Then there’s Ada Wong, who spends the entirety of your time with her sporting high-heels, regardless of whether she’s travailing sewers or flat ground, y’know, because she’s Ada Wong. Few action heroes have been conceived through the male gaze quite like Ada Wong, and if it didn’t already, in 2018, the character jars. Also, for this writer, little nullifies abject terror quite like worrying about blisters.

From what we’ve played so far – a sequence set in the bowels of Racoon City Police Department with Leon, which dovetails with one featuring Ada, and then a subsequent segment with Claire which revisits a variety of haunts — there’s no doubt that this remake will inspire nostalgic feels. But outside of that, the truth is that Resident Evil 2: Remix 2018 feels like a game out of step with the times, which, depending on how you look at it, is either a depressing legacy for one of the greatest videogames ever made or exactly the sort of nostalgic bolthole you might want to escape into.

Where things get complicated, is how this remix fares as a horror title. Despite this remake feeling suitably shclocky, to its credit, there are still moments where this game does manage to deliver some sweat-inducing scares – but simply in  a more old-fashioned way than we’re used to. Somehow, nu-Resident Evil 2 succeeds in scaring you even when you know a scare is coming. There’s a moment early on where you see a Licker for the first time. You know it’s coming. You remember that it’s supposed to be somewhere around here. Blimey, it’s taking its time. Where the f**k is i… OH MY GOD IT’S ABOVE ME.

Ultimately, Capcom’s craft succeeds in, within the segments we’ve played anyway, creating a true, puzzle heavy, ammo and health-lite survival horror experience. It might not feel like a game that’s particularly relevant in 2018, but still — it sure is an entertaining one. Maybe we were daft for hoping for anything more. Maybe the brilliance of RE7, at least those petrifying early hours of it, has shifted the dial for what we expect a truly horrifying, modern Resident Evil game to be.

Whether ‘entertaining’ is enough for a Resident Evil game to be, largely depends on how much value you put in the franchise – and we should quantify that the series is this writer’s favourite within all of gaming, so make of that what you will. One imagines that for most players, it will be, and it’s hard not to think that good times will be had here, spent quivering in darkened corners of the RCPD.

Yet for newcomers, there might be a large percentage who find themselves wondering what all the fuss was about. With modern horror games mostly moving away from pure action and doubling down on psychological terror, old-fashioned jump scares might not be enough in 2019. For those experiencing this classic for the first time, Resident Evil 2 Remake might be just another game.

And that’s not so much scary, as sad.