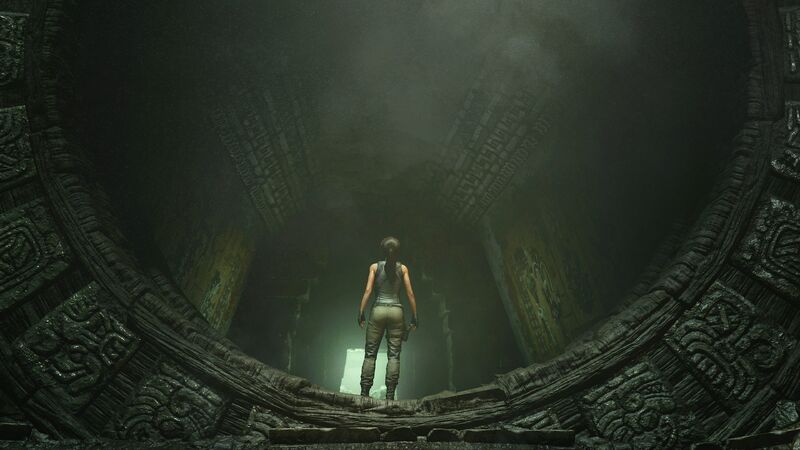 ‘Shadow of the Tomb Raider’ Review: A Fitting Finale For Lara’s Origin Story

It’s easy to forget where the Tomb Raider franchise was prior to Crystal Dynamics’ decision to reboot the series. Then: after surviving a host of poor games that resulted in original Derby based developers Core Design shuttering their doors, hero Lara Croft was just about hanging on to relevance via a run of good, if not great video games.

Now: Lara is back in cinemas, her new adventures win awards – most notably, the Outstanding Achievement In Videogame Writing at the 68th Writers Guild Of America Awards – while currently, you can’t buy a bottle of Lucozade – or Larazade, for the time being – without seeing our plummy hero deep in thought on the packaging.

Now, Team Tomb Raider are tasked with completing a highly enjoyable three-game origin arc. First with 2013’s Tomb Raider, then with 2015’s Rise of the Tomb Raider, the Californian studio has excelled in refurbishing a gaming icon. But how do you finish the series? Seemingly, you instigate a cabinet reshuffle. Shadow of the Tomb Raider positions Eidos Montréal as the major developers this time, with Crystal Dynamics in the support role, a service switched from the two preceding games. Also, for the first time in the series, the highly talented Rhianna Pratchett has nothing to do with writing the script, being replaced by Jill Murray from Assassin’s Creed III: Liberation and Assassin’s Creed IV: Black Flag.

That’s an awful lot of a winning formula to change when the stakes are so high.

TOMB WITH A VIEW

For the largest part, such changes in staffing seemingly haven’t hampered the creation of a hugely enjoyable game. The feel of the title will chime early on with anyone who has enjoyed the two installments prior, and Shadow feels like a game that deserves its place within the trilogy. There’s been criticism regarding the segments that various journalists have gone hands-on with already, with the view being that the early segments simply feel too familiar. Of course, the alternative thinking is that fans will embrace the title knowing they’re going to get more of a series they’re already invested in, emotionally and cognitively. The fact remains that whoever has had their fingerprints on it, this is a fitting conclusion to this leg of Lara’s story.

And besides, once the game opens up, it offers a Tomb Raider experience unlike anything that has been served up prior. It’s no exaggeration to say that the games’ Mesoamerican setting is enormous, with a feeling prevalent that the people within it are living their lives whether Lara interacts with them or not. One of the principal differences between this and the two games prior is that such environments are swarming with people.

Sure, old-timers and purists will find many moments where you’re alone, entombed, trying to crack the most laterally presented puzzles – in the form of Challenge Tombs, now familiar to fans of the reboot (and dare we say, significantly more challenging than in recent outings), but more often this time, within the beaten track. But it’s the games open spaces, the jewel in the crown being Paititi, the legendary ‘lost’ Inca city that has sent real world adventurers in pursuit of its existence for almost a hundred years, where the immersive nature of the game really soars. Such environments genuinely feel open — and alive.

The story, meanwhile, has more false finishes than an indie wrestling match and more variety in its locations than in either of the two preceding games. Shadow of the Tomb Raider shows you enormous differences in where you go and what you do. A jungle segment will be followed by an underwater swim (there’s a quite remarkable amount of swimming in Shadow). An arrival at a lost city will lead you to a solitary, troglodyte-like underground campaign, with fleeting suggestions of what a Tomb Raider take on survival horror might look like. Then there’s the lore, which is the richest we remember within any of the rebooted games. So many stories are told via letters and notes that you’ll never see, yet will live on within you.

Shadow of the Tomb Raider isn’t in any way a perfect game. There isn’t the tight zing there was within Pratchett’s scripts. The moral contradiction within the Lara character has never been more exposed than it is here; there’s a scene late on in which Lara rallies against the collateral damage that resulted from the murder of her father and destroyed her childhood, like she hasn’t at that point already murdered hundreds of Trinity henchmen who most likely had families at home too. Not only that, but quite how so many inhabitants of the seemingly historically sound depiction of Patiti speak perfect Anglo-American slang is never really explained.

There are also many moments that, while thrilling, are perhaps too close to the ‘press the button at the right time’ mechanics of Lazerdisc-era curio Dragon’s Lair. This point you can, in the moment, overlook, simply because Shadow of the Tomb Raider is so unashamedly overt in its cinematic influences. As well as the general feel of classic Indiana Jones joints throughout, there are segments elsewhere that owe everything to the Rambo movies. Others, when stealth comes into play, are indebted to the Predator ones.

There’s the feel of Apocalypse Now at certain junctures, while, judging by the underground levels, someone at Edios Montréal almost certainly owns a worn DVD copy of classic 2005 Brit horror The Descent. At times Shadow of the Tomb Raider doesn’t so much feel like a game you play, but one you experience.

There’s some strange pacing at play too. A few hours in there’s a very well written, very emotional exchange between Lara and Jonah that’s not only essential to the overarching narrative of the game – that Lara must learn to control the rage inside her – but that’s a difficult, emotional watch. That is until a flashback scene, where you play as Lara, but as a child – perhaps the most annoying child in the history of procreation – honing her climbing skills around Croft Manor, intrudes on the aforementioned moment, and obliterates the magic of the interaction. That said, and speaking of Jonah, there’s a really great segment within the game where he finally escapes the friendzone and meets a nice lady he can practice knots with.

That’s not a euphemism. We just think that, if it came to sexy stuff and practicing knot tying, Jonah would always choose the latter.

Is Shadow Of The Tomb Raider Any Good?

Shadow of the Tomb Raider is a bit like an enormous box of Celebrations. There’s loads to binge on and you’ll really enjoy gourging on most of it – but there’s also mini-versions of Bounty bars you’ll have to suffer through here, too. Yet, while every chocolate connoisseur knows that chocolate and coconut make as much sense together as lions and head rubs – basically, when you come across some of Shadow’s more eccentric passages – you may wish you were dealing with a smaller, less ambitious box; despite this being one you’ll get much more use out of than the Chocolate Orange that was given and gone within any day-long celebrations.

And just like that, Lara and a great series was gone. Where she goes next is impossible to predict, largely because this series has given the character and the franchise options again. But really, the most significant achievement of this trilogy is this; the three new games not only rebooted one of gaming’s most iconic characters, but it rebooted our love for her.