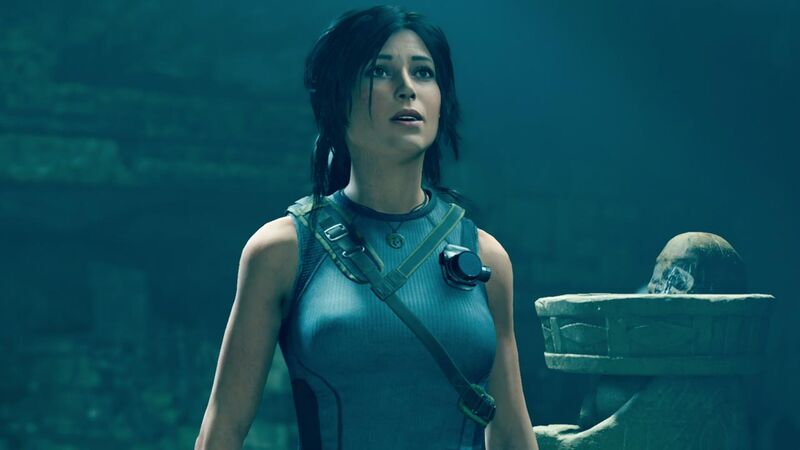 ‘Shadow of the Tomb Raider’ Jumps Straight Into the Supernatural

Shadow of the Tomb Raider doesn’t waste much time. It gets right into the business of ancient cursed daggers pulled from ominous temples. The usual scenes from Indiana Jones movies and the like, of running away from forgotten architecture as it crumbles behind you, are shifted right to the beginning.

Setting up the plot of the game, it starts right after the tutorial level. Upon pulling a dagger from a pedestal atop a buried temple, Lara feels a tremor and escapes to find the nearby town and countryside flooding. The next few scenes are full of stormy survival.

It’s an odd way to start a Tomb Raider game, but Shadow of the Tomb Raider is the end to a gritty trilogy, and it’s not the only thing Eidos Montreal and Crystal Dynamics are doing differently this time around.

It’s not that Tomb Raider games never get supernatural. There were demonic Japanese Oni in the 2013 Tomb Raider, and Rise of the Tomb Raider featured Deathless Ones.

But it usually takes a while for the paranormal plot points to kick in. Part of exploring a tomb or crypt is the mystery involved in whatever symbology, ancient riddles, or prophecies are found – more about what you don’t see – and it’s been standard Tomb Raider practice to keep the freaky and/or deaky card up its sleeve until later.

We sat down with lead game systems designer Heath Smith to talk about the change of conventional pace.

“There’s always been that element.” he told us. “But what’s happening here is, not only are we in a three act game, but we’re in the third act of a three act series. So normally in that third act, you bring in that supernatural element in Tomb Raider. So it does come a little earlier and that’s because overall we’re telling a story over three games, and this is the game that starts to bring in a little more of that supernatural element for that reason.

“It’s really part of the franchise, it’s always there in some form. This series is more gritty, grounded, realistic… so it might not be as supernatural as you’d expect, but it’s there.”

What Smith is referring to is exactly the thing we’d hoped Shadow of the Tomb Raider would do: obscure whether or not the

Unlike the Deathless Ones, there’s no scientific evidence that the abnormal weather we saw wasn’t just a coincidence. This causes a somewhat philosophical rift between Lara Croft and her companion, Jonah Maiava. When a practical decision has to be made with lives on the line, this reaches a boiling point.

“What’s interesting also is we have two characters in Lara and Jonah, that have two different viewpoints on things. So Lara will jump to the potentially supernatural conclusion of ‘Hey, I took this thing, and now this cataclysm is all around the world,’ and Jonah will be like ‘You don’t know you did that.’

“And in a way, they can both be right. So we play with those two different viewpoints throughout the game. So you’re able to see both sides of the situation.”

We’ll be keen to see how Shadow of the Tomb Raider ties this up while walking the line between “is it or isn’t it supernatural?” On one hand, Lara is dropped straight into the supernatural deep end right from the start. On the other, there’s the potential to treat these elements in a more intelligent way.