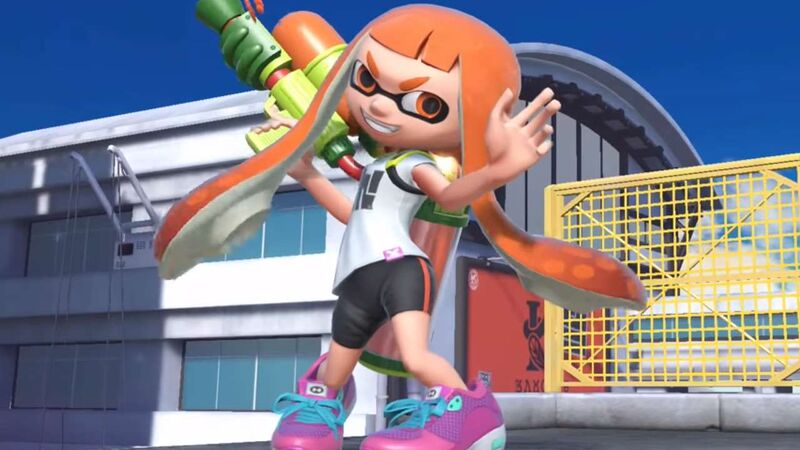 Hands On With 2 New ‘Smash Bros. Ultimate’ Stages and a Character

Within five minutes of playing Super Smash Bros. Ultimate on Switch, the fifth iteration of this beloved fighting series, we were laughing. Like really laughing, with uncontrolled grunts, snorts and all. If you had to find just one feature from the many that have blessed the Super Smash Bros. series over the last two decades, that’s the one that matters most. It just makes you happy.

Happy like back in our teenage years, gaming late into the night. Laughing in the face of the rage that comes from a colleague spamming a character’s over-powered ability, or throwing an item at a falling foe, stealing your kill at the last second. Before throwing insults at the player side-hugging a floating island, hoping to kick off any foe trying to clamber back to land.

To say that Super Smash Bros. Ultimate feels any different from those countless hours enjoyed nineteen years ago on N64 would be a half-truth. It is different. It looks a hell of a lot better. It plays a lot faster and smoother. And some of the unbalanced character traits we all used to gleefully spam in the pursuit of victory have been nerfed. But the thrill of combat and the sheer hilarity that spawns from chaos on perilous, obstacle-laden floating arenas remains as strong as ever.

Super Smash Bros. may now have 103 stages and over 70 characters (and counting, given fighters like King K. Rool are still being announced), but it’s the gameplay that is pure joy. If same-couch gameplay is an empire, then Super Smash Bros. is king.

Not Rocking the Boat

Your humble writer’s last great Super Smash Bros. addiction was on the N64. All of us at FANDOM have enjoyed the iterations since then, but it was that first game that hogged countless hours of our lives.

Switching on Super Smash Bros. Ultimate for the first time is like carjacking a DeLorean at 88 miles-per-hours. It takes you straight back in time.

To test the waters, we began playing on familiar stages with age-old characters like Kirby, Samus, Pikachu, Fox, Link, and Mario. And we won. There are changes, of course; various tweaks. But most of the skills honed night after night all those years ago transferred impressively across to the new game.

The default button layout is different – even on the Pro controller – which caused some momentary confusion. But the game just feels right. It feels great.

Sadly, we were unable to test out all the new characters and stages, or some of the exciting new modes. The latter includes the Squad Strike Battle Mode, where you rotate between a pre-selected roster of characters as each one is eliminated. The Tourney Mode that selects 32 players and pits them against each other in a tournament structure. And Smashdown Mode, where you must select a new character in each successive battle.

Another one to keep your ear out for is the rumoured Spirits Mode, expected to be a single player experience. Our battles stuck to the traditional four players, so we can’t tell you what the chaos of eight players feels like – especially on some of the earlier, smaller stages.

But enough of what we can’t tell you about. Here is a mini review on those new elements we did get to experience.

It’s one of the best games of all time, let alone on the Switch, so it’s no wonder The Legend of Zelda: Breath of the Wild is honoured in the new Super Smash Bros. Sadly, it’s not the most interesting of stages. Set on the top of one of the game’s iconic towers, it’s got very little play space and sheer drops on every side.

The tower roof itself collapses and reappears during the battle, opening the battle arena up and then turning it all claustrophobic again. The tower roof does provide some cover from those attacking from above, but it tends to block more than it aids your battle strategy. Plus the roof’s supporting struts occasionally obscure your fighter at key times.

Obviously adapting your strategy to counter the map’s curiosities is part of the fun, but it just feels like there is too much time spent jumping around the tower than actually fighting. Perhaps it would have been a good idea to include the platforms used to climb up the side of the tower, so you could have another layer below the main platform to recover to and fight on.

Another successful Switch game, Splatoon! 2, gets some love in the form of its own map. This is a more interesting battle stage, with multiple levels of combat and a zig-zagging of ramps that are used to scale upwards. The way the ramps are angled means you can reach different heights with upwards or jumping attacks depending on where you start. So judging that, in attack or defence, requires some thinking.

We did play this map a number of times though, and on each occasion the players involved tended to hug the top ramp. In fact, other than recovering from being knocked off the edge, very few players we saw immediately fell into a strategy that involved the lower levels. This suggests that the stage may end up being a bit one-dimensional, but time will tell.

The ink splatters don’t impact play either, which is potentially a missed opportunity. It would have been interesting if these were squirted on at random intervals and slowed those stuck in it, just to add some added confusion to the chaos.

One of eight newcomers (revealed so far), Inkling is obviously out of the Splatoon universe. Inkling comes with a number of skins to rotate through, including male and female forms. There was no notable difference to gameplay between the sexes, however.

Inkling is a fun character to play. You need to manage your ink levels, replenishing them by holding your shield up. The more ink you have in your tank, the more damage your attacks do. However, coating opponents in ink increases the damage they receive, so there is an interesting balancing act there. We also whipped out the big roller regularly, coating the stage in a strip of ink that would slow down opponents, leaving them vulnerable to attack; it’s a fun strategy.

We were also impressed by Inkling’s animation and movement. Bright and colourful, Inkling goes in and out of squid form as you dodge or dash, and fires a liquid weapon all about the space. Despite this, the character moves as smooth as butter, adding a welcome and unique new playing experience to the Super Smash Bros. arena.

Super Smash Bros. Ultimate is out on Nintendo Switch December 7.