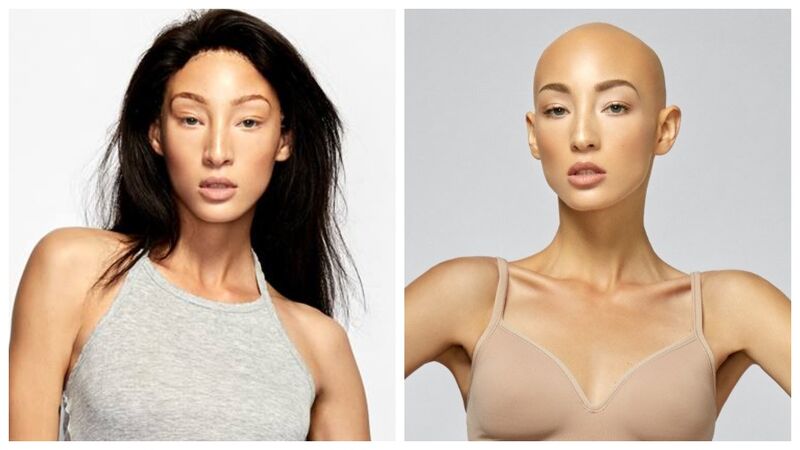 The Best Makeovers in ‘America’s Next Top Model’ History

While America’s Next Top Model fans may squabble over who their favorite contestants and judges are, there’s one topic on which they almost unanimously agree: the makeover episode is hands down the most exciting moment of any cycle.

Why? Because you never really know what host Tyra Banks is going to do. Sometimes her transformation decisions are downright ridiculous and seem to be carried out simply for the pleasure of the audience at home. But then other times they’re emotionally resonant and reveal the depth of a model’s inner beauty.

For this roundup, we’ll be focusing on the latter by highlighting some of the best ANTM makeovers of all time.

Many consider Yoanna House to be the face that put ANTM on the map. Week after week, she turned out knockout photos that proved the infant reality show could do what it actually set out to do — produce the next big thing in fashion. The secret to her success? A natural knack for posing, sure, but also the fabulous short haircut she got during her makeover episode, which set off her features in a stunning way.

But Yoanna wasn’t the only one to receive a standout makeover from Cycle 2. In fact, one of the most exceptional ones of the season went to Shandi Sullivan, whom Tyra blessed with a gorgeous blonde bombshell fantasy. Taking the former Walgreen’s employee from dull brown to bleached platinum brought a freshness to her look that carried her all the way to the top three.

Another makeover we loved belonged to Cycle 4‘s Naima Mora. Though the young contestant entered the competition with perfectly lovely hair, Banks decided to edge up her look with a wild mohawk. Many models would have balked at such a dramatic transformation, but Naima was more than game for the makeover, rocking the signature do all the way to the winner’s circle.

As far as best ANTM makeovers are concerned, one of the most jaw-dropping was the one bestowed upon Fatima Siad from Cycle 10. The revamp saw the model go from dry, curly hair to a luscious mane of dark locks that instantly wowed everyone in the room. Though Fatima would be hit-or-miss throughout the season, the look remains one of Tyra’s best styling decisions.

After the success of Yoanna’s makeover, “long hair into pixie cut” became somewhat of a trend for Tyra, with the host trying it out on a number of contestants with varying degrees of success. However, one model for whom the look absolutely worked was eventual Cycle 11 winner McKey Sullivan. Going from dull red hair to black elevated the model’s aesthetic, allowing her to easily transition from commercial shoots into more high-fashion ones.

Though Celia Ammerman stirred up a fair bit of drama on Cycle 12 (and only received one first callout the entire season), the then 25-year-old upstart did happen to be the lucky recipient of a fabulous makeover. Going from long blonde hair to a striking short ‘do helped highlight the model’s exquisite bone structure and set her apart from the other contestants.

No list of best ANTM makeovers would be complete without including Jeana Turner from Cycle 24. During the makeover episode, it was revealed that Jeana had alopecia, an autoimmune disease that left the young model bald at the age of 10. Since then, she’d been wearing a wig, which Tyra insisted she remove for the remainder of the competition. It was an emotional moment for the contestant, but one that ultimately left her embracing a unique and beautiful part of herself.

Cody Gohl
Codygohl
Cody Gohl is a Brooklyn-based writer and editor with a penchant for reporting on LGBTQ issues (Logo, CityLife), fashion trends (The Manual), and nightlife goings-on (Next). If he could be any character on any TV show ever, he'd obviously choose to be Amy Gardner from "West Wing."